Raju first paid Rs 8 lakh in 2020 to Ram Gopal Varma to produce a film titled ‘Disha’ in connection with the 2019 gang-rape near Hyderabad in 2020 and another Rs 20 lakh in the next few days. 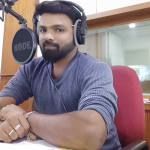