Chennai: Unconfirmed reports have been leaked that a report was flown to Chief Minister Stalin by intelligence and that he was going to take two decisions based on it.

Over the next few days, the DMK government has been leaking the news of a cabinet reshuffle.

There were two reasons for this, one was that the seniors were dissatisfied with the reduction of the portfolio and therefore were not doing their job properly. 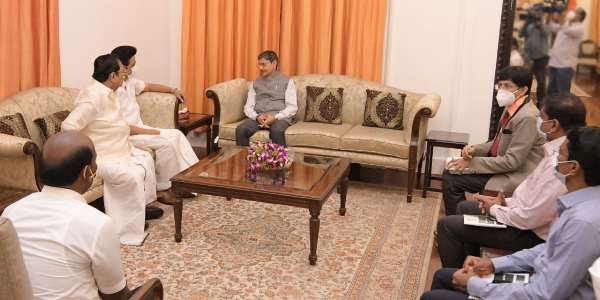 The request made by Chief Minister Stalin to the Governor was as follows: Government Information

But to date, nothing like that has happened. Not only is it not good for the party to change ministers in a very short period of time, but it also gives the impression that the decision he has made in appointing ministers will go wrong.

Meanwhile, another message was leaked that Chief Minister Stalin had asked for a report on the activities of the ministers and that the list had been prepared by the intelligence service and sent to the chief minister. In the end it didn’t happen either.

Meeting of the Legislature

Because at that time the legislature was busy with consecutive budgets. So it was said that the Chief Minister had postponed the idea as he did not want to change the cabinet.

However, it said that the ministers who had already complained had started working better.

Now, for the 4th time, talk of a cabinet reshuffle has resurfaced. In an intelligence report to the chief minister, it has been said that some of the new ministers have not acted clearly and have not been able to handle the complex issue effectively. The first one does not.

At the same time he is thinking of another idea .. that is, he has decided to appoint secretaries with experience and ambiguity in the relevant field, as well as well-competent officers as secretaries .. as well as experienced senior ministers, Stalin thinks that some new officers may be appointed as secretaries … the announcement may be made in a few days.

Political observers say that the Chief Minister is thinking of taking such a step as the DMK has a good reputation for the time being and there are no major complaints against the ministers and he is doing well in his field. By doing so, the DMK cabinet is likely to become more efficient ..!