“A lot has happened, but not enough” 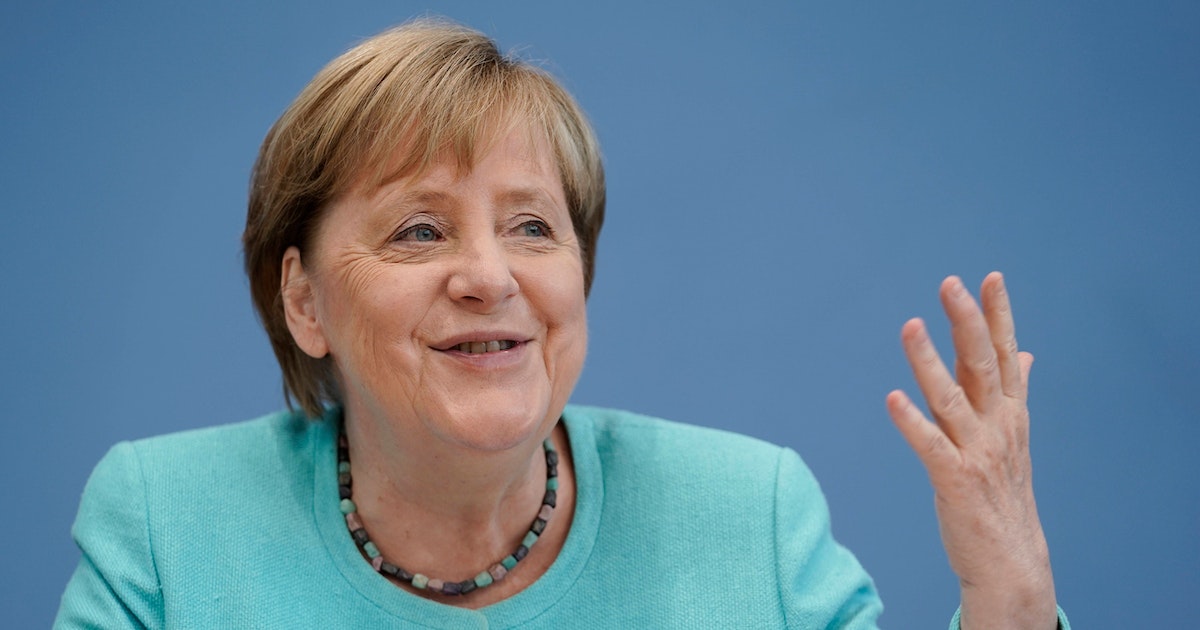 Berlin – Farewell with self-criticism: shortly before the end of her term in office, Chancellor Angela Merkel (CDU) once again admitted that she saw failures in her climate policy.

In her last government survey, she had already said that, in view of climate change, one could not be satisfied with the progress made in climate policy. In her presumably last appearance before the federal press conference on Thursday, Merkel specified this assessment. “A lot has happened, but not enough has happened in relation to the requirements.” This does not only apply to Germany. “That’s why the pace has to be increased.”

The Chancellor answered questions from the capital’s journalists for an hour and a half. She seemed more relaxed and thoughtful than in previous appointments. When asked, she explained what prevented her as head of government from making a more consistent climate policy: “I am of the opinion that I have done a lot for climate protection. I stuck to the Kyoto Protocol for a long time, maybe that was a mistake. “

In this agreement of the United Nations, which was decided in 1997, the countries undertook for the first time to set binding targets for how they want to reduce greenhouse gases. After that, according to Merkel, only the EU countries and a few other binding goals would have been set. From others it was heard that one would never allow oneself to be determined. “There have been a lot of disappointments,” she said.

Merkel called the protesters from Fridays for Future (FFF) a “driving force”. “That is positive, but that is not the only opinion,” said the Chancellor. “We need parliamentary majorities.” But she would like things to go faster with that too. When asked about the nuclear phase-out, she reiterated this decision, which was made after the Fukushima nuclear disaster in 2011. “I think you are right, at least as the German Chancellor for the Federal Republic.” Other countries would see it differently, and could have it easier with climate change. It is interesting that there are some FFF activists who consider the exit from nuclear power to be less important in view of the climate goals. But there is no going back: “For Germany, the die has been cast.”

With regard to the flood disaster in North Rhine-Westphalia and Rhineland-Palatinate, Merkel said that it would take a long breath until everything was rebuilt, especially since the infrastructure had been destroyed in many places. She assured that the aid money for the victims would be increased if the amount was insufficient. On Wednesday, the federal government initially released 200 million euros. “If that is not enough, this amount will of course be increased.”

On the same day, the cabinet also dealt with the situation of local staff working for Germany in Afghanistan. Now all those who have been working as interpreters or other professions for the Bundeswehr in Afghanistan since 2013 could apply for a visa for Germany. An exit to Germany should not fail because of money: “You may have to think about the use of charter planes.”

Merkel was a guest at the federal press conference for the 29th time. When she took office, she cut the number of appointments there in half to one per year. In the Corona crisis, she deviated from it and came more often, the last time in January. She also used the appointment on Thursday to warn again that the pandemic was not over yet.

“The numbers are increasing at an alarming rate,” said Merkel, “we are growing exponentially.” The only means of overcoming the pandemic is vaccination. “We all want our normality back, but we don’t get this normality alone, we only get it back as a community.” According to the Chancellor, every vaccination counts. “The more we are vaccinated, the freer we will be again.” She called on the population to speak to those who were still hesitant in their own environment: “Advertise for vaccination protection.”

After 16 years of reign, many journalists’ questions related to their own personal accounts – she is generally uncomfortable with such requests. On Thursday she made an exception here too. She did not divulge any great secrets, but some nuances did make one sit up and take notice. With regard to the CDU, for example, a process of cutting the cord seems to be taking place: When asked where she would be on election day at 6 p.m., Merkel said that she had not given it any thought. “But I will already have a connection to the party I am connected to, uh, of which I am a member.”

She also made a big impression on the women’s movement, even if she never appeared as a feminist. When asked how difficult it is for women in politics today and how they perceive the differences between the sexes there, she said after a brief reflection: “There is a tendency for women to long for efficiency.”