a merit-based proposal to save Italy- time.news 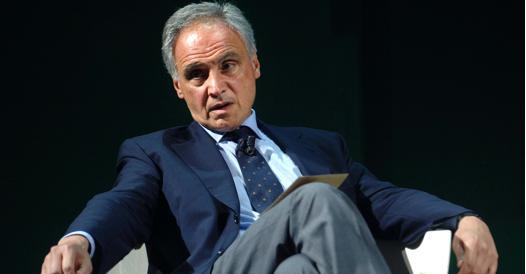 We who love Argentina would not want to imitate it. Roger Abravanel an engineer who prefers sharp lines, not half tones. What he thinks he says with total sincerity. It often makes him bristly, uncomfortable. In Aristocracy 2.0. A new fight to save Italy (Solferino), the famous business consultant (a long past at McKinsey, managing director in large groups) recalls that in 1913 Argentina had a higher per capita income than France and Germany. Then it defaulted, failed seven times. If we want to escape the trap of low growth and unsustainable public debt, we need to reassess merit, market and competition.

The standard bearers of meritocracy are accused, in the Anglo-Saxon world, of having widened inequalities, of having opened the doors to unbridled capitalism. With the social effects and the unrest that are before our eyes. The essay by Michael Sandel, professor of political philosophy at Harvard (The Tiranny of Merit) sparked a lot of debate. Those who have more send their children to the best universities, pay stratospheric fees, have an insurmountable advantage. There is no loan or scholarship to take. Of the ten wealthiest men in the United States, seven are Ivy League college graduates. They spare no resources for their children to imitate them. The social elevator stopped. There is the bubble of the super-rich, the hell of the super-poor and a middle class deprived of the hope of improving their condition. A real aristocracy of talent and education was created, which then gave the essay its title. According to Abravanel, if meritocracy has failed to realize equal opportunities, it has created millions of good opportunities for a generation of young people who have sought the best education and obtained a more comfortable life than that of their parents. In Italy, on the other hand, with its feudal if not amoral traits, the old privileged class is in force, a sort of aristocracy 1.0 – as the author calls it – in which family and friends ties count more than study and research. of excellence. The report rewards the results.

The title of Abravanel’s book is not misleading. The elite of the Italian meritocracy, if it ever forms one, should not be exclusive, selfish and distant from the destiny of the nation, but as responsible and open as possible, even mass. A vanguard of capable and deserving, as the Constitution says, that drives the growth of the entire country along the frontier of innovation, as happens in the most successful economies. Abravanel recalls the importance of education in Asian countries. In Singapore, South Korea, Japan but in China itself (Xi Jinping’s daughter, a Harvard graduate). the driving force behind their success. Even with excesses. In Korea – a country that has tripled incomes in the last generation and where 7 out of 10 young people go to university – the state has had to introduce a kind of curfew to prevent children from studying late into the night (and then falling asleep in class).

The term meritocracy in the Asian world simply does not exist. Israel often cited as a virtuous example in the enhancement of human capital. It is curious that the Talmud in China has become a bestseller, chosen by families to guide their children’s careers.

In Italy, on the contrary, ambition has a negative social value. Careers are fraught with suspicion and envy. The perception of distorted entrepreneurship. It is no coincidence that the young people’s propensity to take risks and to set up their own business is among the lowest in industrial countries. But it is also the fault of our own capitalists (Abravanel accuses the old Confindustria) who prefer family control to the opportunities for dimensional growth of companies, without which there is little research and innovation. And they neglect the research and creation of high value jobs, professions with high added value, indispensable for increasing productivity and income. The American, Swiss or Chinese entrepreneur – writes Abravanel – loves his children like the Italian but generally (with the exceptions of Trump and Murdoch) resists the temptation to protect them by putting them in the company, because the business ecosystem would consider it crazy. We have a more familist capitalism that passes the baton to faithful, but not excellent, children and managers. Abravanel praises Marchionne, but criticizes the Agnelli and Romiti. He bitterly remembers the Ferruzzi disaster, the disappearance of Montedison, and the unflattering season of financial salons between Mediobanca and Generali.

There is no shortage of positive examples: the stubborn genius of Del Vecchio, founder of Luxottica, now French; the scientific vision of Umberto and Carlo Rosa with Diasorin; the social private equity of Luciano Balbo. When Amancio Ortega created Inditex (Zara), Benetton was already a large group. Today, Benetton’s turnover is one third of Zara’s profits. Ortega, son of a Spanish railway worker, is among the top ten richest people in the world.

The Italian university – and this is a step that will arouse strong controversy – is the main enemy of meritocracy. Refractory to assessments, unable to counter the easy myth of the university near the house. A lot of teaching but little research. The author saves Bocconi, Politecnico di Milano and a dozen good universities but vehemently argues that without high-tech universities of excellence, billionaire high-tech entrepreneurs are not born, those who found corporate giants who, in turn, create high value jobs.

The Italian bureaucracy is a great obstacle to the affirmation of merit, but Abravanel doesn’t like slacker rhetoric. Better to encourage those who do well and have the personal satisfaction of a job well done against which the excessive judicial power, which is too self-referential, reigns.

So how to create this new quarrel of aristocrats 2.0? A million young people between 20 and 25 years old to be encouraged to study, hard, and to open competition. Three proposals. Rejecting post-pandemic return statism, developing the smart private capital of the stock market and private equity, as Israel did with Yozma in high tech. Throwing a stone in the pond of Italian universities and forcing them to truly open up to the market in order to have the best students, to promote the most brilliant graduates. Greater weights and counterweights to the judiciary. For example, with a serious two-year evaluation of robes, as in Germany: almost all of them are excellent here. And also to restore greater power to the judicial hierarchy, taking it away from the trade unions. It cannot be said that they are not ambitious goals.