A Reuters photojournalist killed in Afghanistan 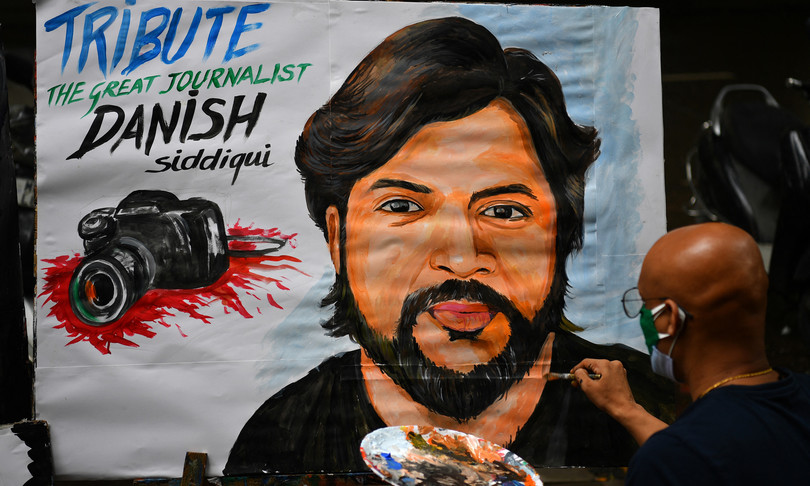 Time.news – Danish Siddiqui, a Reuters photojournalist, was killed during the fighting between the Taliban and the Afghan army in Spin Boldak, in the district of Kandahar. This was reported by the agency, which cites an Afghan army officer as a source, following Siddiqui. Award-winning photojournalist, including the Pulitzer Prize, headed Reuters’ multimedia department in India and for some days he had been following the clashes in Kandahar.

“We are urgently seeking more information and are working with regional authorities,” Reuters president Michael Friedenberg and director Alessandra Galloni said in a statement.

“Danish was an extraordinary journalist, a devoted husband and father, and a beloved colleague“, add Friedenberg and Galloni,” our thoughts are with his family at this terrible time. Siddiqui, 38, of Indian nationality, was hit by Taliban crossfire as the Afghan army tried to retake the Spin Boldak border crossing, on the border with Pakistan, according to a Kabul force officer.

The reporter, the source added, was talking to local shopkeepers before the fighting resumed. Reuters reported that they were unable to independently confirm the circumstances of the reporter’s death. Siddiqui had been part of the team that in 2018 won the Pulitzer for photography thanks to a report on the Rohingya refugee crisis. The Afghan president, Ashraf Ghani, said he was shocked by the killing of the reporter and said that his death took place while reporting the “Taliban atrocities”.