agreement signed for the passage from the CDP to the Treasury for 4.25 billion 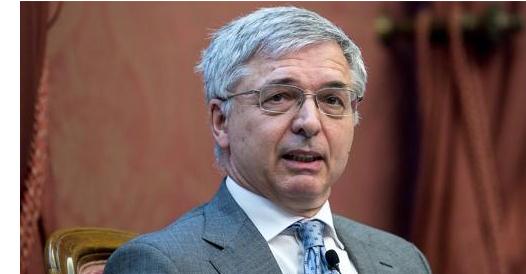 The circle seems to have closed around the long and complicated story of the sale of Sace from Cassa Depositi e Prestiti to the Treasury (a return, the Treasury had sold it to CDP in 2012). On the evening of March 2, the document for the share transfer of the company that insures the credits of exporting companies was signed and in the last year it guaranteed the loans of the companies affected by Covid, from Fincantieri to FCA, through the Italian Guarantee instrument. The agreement was signed in via Goito in Rome, headquarters of the CDP, by Sace and by Filippo Giansante, manager of the Ministry of Economy (he is in charge of relations with the State administrations, he is part of the team of the general manager Alessandro Rivera), and Paolo Calcagnini, Deputy General Manager of Cassa Depositi e Prestiti with responsibility for the business.

The price for the sale of 100% has been established, sources confirm, at 4.25 billion euros (therefore less than the maximum envisaged by the August Decree: 4.5 billion) to be paid with the issue of government bonds through equity. destined, the reserve fund of 44 billion launched by the Treasury, now led by the new minister Daniele Franco, and managed by CDP to support companies in crisis. Simest, which with Sace had formed the export hub, remains out of the sale (and therefore remains under the cap of Cdp), while both Sace Factoring and Sace Bt, destined for short-term credit, are transferred to the Treasury. So the Sace perimeter remains intact.

The board of directors

On Friday 5 March there could be the board of directors of Cassa Depositi e Prestiti, led by the CEO Fabrizio Palermo and the President Giovanni Gorno Tempini, which should ratify the transfer of ownership. Sace’s transfer to the Ministry of Economy was foreseen by the August 2020 Decree. The signing was late, with Prime Minister Mario Draghi in office. also on 2 March the presentation by Sace, led by the CEO Pierfrancesco Latini and by the president Rodolfo Error, of the 2021 Risk Map for exporting countries.

The recovery must take place on a new, more inclusive basis – Latini said on the occasion – by rethinking the economy not only on an environmental level, but also on a human level. There will be no real restart without a clean and circular economy, without sustainable mobility, without a deep integration of industrial cycles with low-emission technologies. We need environmental sustainability, but also social sustainability. The pandemic crisis has made these issues more explicit. And he added the latest numbers of Sace (We have for many years a specialized unit that assesses the environmental and social impacts of our operations based on OECD guidelines) relating to the Italian Guarantee: We have completed 600 million of guaranteed loans at ‘year and we can work on an important pipeline already counting on a ceiling of 2.5 billion euros for 2021, the year in which Sace intends to expand its business in cooperation with the Ministry of the Treasury.

Smart working and “ghost employees”, will promotions in the company change?

Intel has ordered from ASML the world’s most...

Generali, earthquake in the board of directors: agents...

Measures to strengthen the e-security of most banks...

Harel has invested 60 million in Gencel and...

Work, Landini: “Only the first table but the...

can convince the undecided about the third dose...

Teddy Sagi blows up negotiations for a huge...