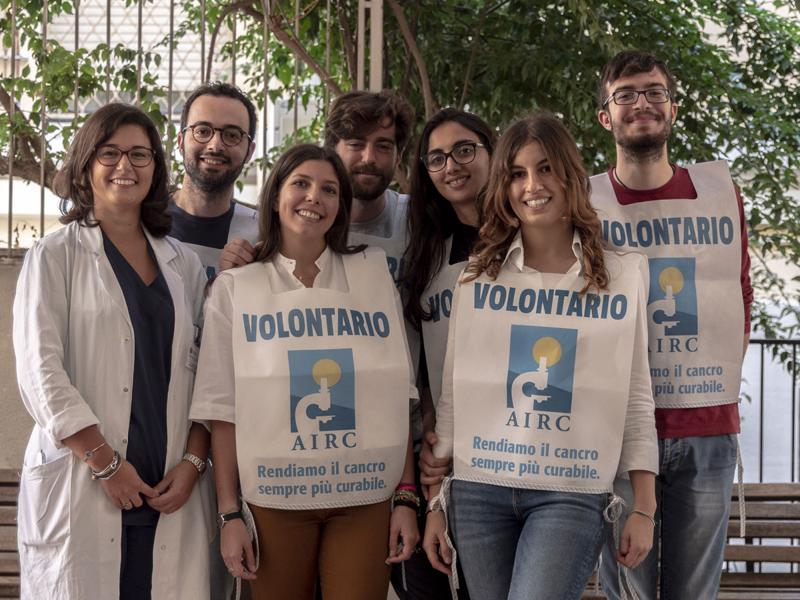 The 2021 forecasts of cancer deaths published on Annals of Oncology indicate a decrease in mortality rates of 7% in men and 5% in women in the European Union compared to 2015: critical issues remain on the pancreatic cancer. Even mortality for lung cancer it does not decrease in women. The accompanying editorial warns of possible negative effects of COVID-19 on cancers: paralysis of prevention programs, early detection, and delayed cancer treatment.

Adequate resources must be made available to control the pancreatic cancer, a neoplasm that is almost invariably lethal and for which little progress has been made in the past 40 years. According to the latest cancer deaths projections in the EU and UK for 2021 published today in the leading cancer journal Annals of Oncology mortality rates for pancreatic cancer they will remain roughly stable for men, but will continue to increase in women in most EU countries. The research was supported by a grant from AIRC Foundation for Cancer Research at Dr.ssa Eva Negri of the State University of Milan.

Some 42,300 and 5,000 men in the EU and UK respectively will die of pancreatic cancer by the end of this year.

The age-standardized death rate in men will be 8 in 100,000 and 6.5 in 100,000 in the EU and UK respectively this year. On the other hand, thanks to the favorable trends of many common cancers, mortality rates for all cancers as a whole will decrease by 7% in men and 5% in women between 2015 and 2021 in most of the countries of the United States. ‘EU and UK.

The Prof. Carlo La Vecchia of the State University of Milan states: “Among the main cancers, pancreatic cancer is the fourth most common and it is the only one that has not shown an overall reduction in mortality rates in the last three decades in Europe in both sexes. It is important that adequate resources are provided for the prevention, early detection and management of pancreatic cancer in order to improve these trends in the near future. If the cancer is detected early, it is possible to successfully treat it, but most cases are advanced by the time of diagnosis. Avoiding smoking and excessive alcohol consumption, weight control and, therefore, diabetes are the main ways we know of to prevent pancreatic cancer, but these factors only cause a fraction of the cases. New targeted drugs are leading to some improvement in treatment, but at the moment it is difficult to quantify their impact ”.

The work looked at cancer death rates in the 27 EU Member States as a whole and the UK by comparison with previous years, when the UK was still a member of the EU. It also looked at the six most populous countries – France, Germany, Italy, Poland, Spain and the UK – for all cancers and, individually, for stomach, intestine, pancreas, lung, breast, uterus (including cervix), ovary, prostate, bladder and leukemia for men and women.

This is the 11th consecutive year that researchers have published these predictions. Data on deaths were collected from the World Health Organization and Eurostat databases.

Reductions in smoking, better food storage and better therapies are the cause of the reductions for cancers such as lung, stomach and breast. However, although lung cancer mortality rates are decreasing in men, they are still increasing in women in many countries, due to the fact that women tended to start smoking later in the 20th century than men. In the EU, lung cancer mortality rates are estimated at 32 per 100,000 in men (down 10%), but 15 per 100,000 in women (up 7%).

The co-author Paolo Boffetta (MD), associate editor of Annals of Oncology for epidemiology, professor and associate director for population sciences at Stony Brook University in New York (USA) and professor at the University of Bologna, said: “Cancer remains the second leading cause of death in Europe after cardiovascular disease. Although death rates in many cancers are expected to decline this year, the absolute number of disease-related deaths will continue to rise due to an aging population. This underlines the growing importance for public health. Delayed cancer diagnosis and treatment due to the COVID-19 pandemic may increase cancer burden in the coming years. The findings we report this year are particularly important because they underline that trends in pancreatic cancer and female lung cancer mortality do not show the favorable trend of other major cancers. Measures to continue improving cancer mortality should include smoking cessation, particularly in women, controlling overweight and alcohol consumption, optimizing screening and early detection for breast, bowel and – in cancer. Central and Eastern Europe – including cervical cancer. Up-to-date data management needs to be implemented across Europe, particularly in Central and Eastern Europe, and vaccinations should be widely available for women to eliminate cervical cancer, which is caused by the human papilloma virus, and against human papilloma virus. hepatitis B, which is linked to liver cancer. Effective treatment of hepatitis C will also help control the liver cancer”.

In an accompanying editorial, the Professor José Martín-Moreno, of the University of Valencia, Spain, e Dries Lessof, of the European Observatory on Health Systems and Policies, Brussels, write that “the key to understanding the past and how to face the future is data”. They believe that analysis gives cause for hope; however, they do highlight potential COVID-19 issues in that cancer is a “serious risk factor for patients with COVID-19 infection, which leads to a higher probability of hospitalization in intensive care, mechanical ventilation and mortality “.

The positives shouldn’t mask the shadow of the COVID-19 pandemic. Its impact on cancer patients (and the fear of that impact) looms. Beyond the direct damage of this novel coronavirus to immuno-compromised and particularly vulnerable people, there are implications for clinical care and for stopping research. Perhaps most worrying in the long term is the paralysis of prevention, screening and early detection programs. Since March 2020, all progress-related activity of the past decades has come to a sudden halt. It is too early to quantify the impacts, but it seems inevitable that they will have marked, if not dramatic, consequences. They conclude: “The possible impact of the COVID-19 pandemic on effective consolidated mortality for 2020, for 2021 and beyond, requires vigilance.”

Also, the epidemiologist Carlo La Vecchia warns of a possible risk for the near future: “that cancer deaths in 2020 will be registered as deaths due to COVID-19, apparently decreasing cancer death rates”.

The research was supported by the AIRC Foundation for Cancer Research and by the Ministry of Education, University and Research with a scholarship for the scientific independence of young researchers.