Alfred Biolek ✝︎: He brought humanity to television and herbs to the kitchen 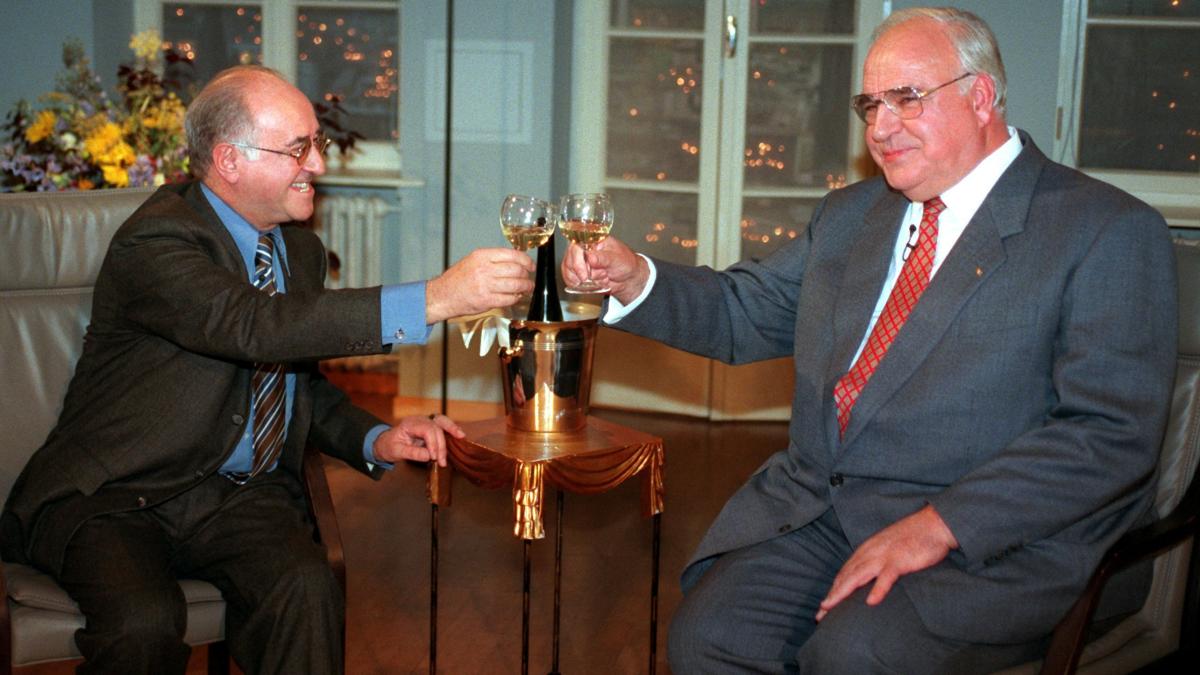 DHe would use three eggs per person for his caramel pudding, said Helmut Kohl, who was still Federal Chancellor at the time. Alfred Biolek was astonished, perhaps less about the fact that the incumbent Chancellor even cooks pudding, but more about the fact that three eggs are very generous. At this moment in 1996, the three spheres of Alfred Biolek came together: Conversation, cooking and his guest as a person, nothing as an official or dignitary.

A look through the weekly program of linear television shows that the attempt to mix this mixture as often as possible has set standards to this day. A figure like Biolek, on the other hand, is looked for in vain, only unsuccessful copies are left.

Alfred Biolek didn’t really fit in with television even at his weddings. The academic, who studied law, was not one of the entertainers who were popular at the time. He couldn’t sing or dance like Harald Juhnke or Rudi Carrell, he wasn’t as fast as Thomas Gottschalk and not as friendly and arrogant as Hans-Joachim Kulenkampff. It was more likely that he had a counterpart in another rather quiet representative like Frank Elstner, and both were united by a love of tinkering with new ideas that would make television better and reconcile it with a more educated audience.

Born in 1934 in Freistadt – now the Czech Republic – Biolek did not have a typical smooth television face, and his pronunciation was a bit sluggish at times. With his index cards and round glasses, he always had something of an absent-minded professor who also liked to forget the end of a sentence and start again after many “ahs”.

Today someone like Biolek would be kicked out of the first round of every casting, but this young man could show what really made him what he was and how he was supposed to enrich and change the television landscape: He had real passions, and these were people, food and the world Music. In different mixtures, he brought exactly that into the living rooms of the republic.

However, Biolek did not have his first contact with the medium in front of the camera, rather the ZDF had hired him as a legal advisor. But, he later said, he quickly realized that real life on the station takes place where the big stages have been set up. He went to the editorial offices, was allowed to participate here and there and finally switched to Bavaria Film in Munich, which should not only have a professional impact.

In his mid-30s, actually long out of the Sturm und Drang years, Biolek became part of the Munich bohème, he belonged to Rainer Werner Fassbinder’s circle of friends and was part of a party community that explored borders. This changed a lot for the former acolyte, he now lived out his homosexuality more openly in this circle and discovered what culinary delights life can offer.

At the beginning of the 1970s, Biolek developed the entertainment classic “Churning Out” with Rudi Carrell, after which the right programs had to be found for him; Performing in front of a typical big band with television ballet in a multi-purpose hall at the time, that couldn’t be. It should be more intimate, quieter, smarter, in something like his appearances in the Cologne cabaret theater Senftöpfchen, where he invited to the program “Who comes, comes”.

The WDR took notice and developed the talk show “Kölner Treff” with Biolek in 1976, which was a good fit. But the nationwide breakthrough was to come about two years later, when “Bio’s Bahnhof” premiered. This not only made Alfred Biolek “organic” for life, but also gave birth to a show that is so easy to explain.

It broke out of the classic processes of the previous strictly timed programs of this genre, it was freer, more open, sometimes anarchic and often surprising. German talents like Anke Engelke appeared here for the first time, but international bands and artists like Kate Bush or The Police also got the chance to make their first contact with the German audience.

Biolek’s role was that of a sensitive, loving companion. Well-groomed, slightly mischievous, never malicious or sarcastic accompaniment was his recipe for success, also in subsequent formats such as “Bei Bio”, “Mensch Meier” or “Boulevard Bio”. In later years, when politicians were intent on getting on his shows and especially on talk shows, he was blamed for just that.

Biolek would be too harmless, just be a friendly cue, but never get to the point. Caramel pudding instead of health reform. The now experienced TV man let that roll off with a friendly smile and pointed out that there are other programs for tough politics than his, and that “people just want to learn something about people.”

Or about cooking. Long before Jamie Oliver, he rediscovered this topic for television. There had already been cooking programs in which Clemens Wilmenrod presented the “Toast Hawaii”. But for Biolek, it wasn’t so much about the actual recipe as it was about the social, communal aspect of cooking. From 1994 on, it was roasted, steamed and chopped together in “alfredissimo!”, With the famous kitchen wine, and sometimes several glasses. The German winemakers should still be grateful to Biolek today, as he often mentioned how tasty German wines are now.

It is not an exaggeration to say that with this cooking show, Biolek not only created a new genre, but also changed the cooking habits of Germans like no one else. His phenomenally successful books have revolutionized the variety of ingredients. All of a sudden, fresh herbs and good ingredients came into every housewife’s kitchen, but when the last season aired in 2007, many men had discovered cooking for themselves through his role model.

Biolek knew when to go

At the end of his television life, he was pleased to see that more Germans had become a bit like him, and that also applied to the tolerance that he always exemplified. Biolek had initially struggled with his homosexuality. It was not until he was about 30 years old that he admitted to himself that he was gay, on which occasion he gave all his suits to the old clothes collection and for a while only wore a sweater and leather jacket. He never spoke about it in public.

His outing was carried out by someone else: the filmmaker Rosa von Praunheim announced in an RTL program in 1991 that Biolek was “very gay”. At first he felt that this was “unfair”, but later he was happy about it: “I received a blow that was very painful, but somewhere this blow released a tension that was gone afterwards.”

Biolek also stood up for other minorities wherever possible. “Of the big countries – France, England, Italy, Spain – Germany has opened up the most and cracked up encrusted structures,” he said once, but made one caveat: he said that it was bad for the right to become active again, he said. Maybe people couldn’t learn from history after all, he said.

Unlike many other colleagues, Biolek was able to recognize early on that a screen career cannot be continued forever. He developed stage programs, became a restaurateur himself and occasionally allowed himself to be invited as a guest on TV shows, but this was very limited. After a time in Berlin, where he was famous for his lavish private dining, he moved to Cologne and there to the Belgian Quarter, known for its many good restaurants. He was often seen there with his rollator, very slim in shape.

There had been some health setbacks. In 2010, he suffered severe skull injuries when he fell off a spiral staircase. In the end, as observers describe it, he only took tiny steps and had to be supported by his adoptive son Scott Biolek-Ritchie.

Now Alfred Biolek, the great pioneer of German television, has died in Cologne. He fell asleep peacefully on Friday, as his adopted son announced. The Catholic was not afraid of death. Once he said: “I have the feeling that I will experience death just as relaxed as all things in my life.”

We don’t have Independence Day until we win rights for Tamils!
Posted onJanuary 31, 2023