“Discontinuity”, but “without accepting unjustified asymmetries” on Ita. While the unions return to target the Minister of Development Giancarlo Giorgetti, consulted on the Alitalia theme in today’s press conference the premier Mario Draghi he reassured the workers’ associations on the theme of slot explaining that about the company Italy will not be able to accept “unjustified asymmetries” and “if there are any reasons for treating Alitalia badly with respect to Air France, well we’ll see them because it is not arbitrary and therefore we will not accept arbitrary discrimination “. 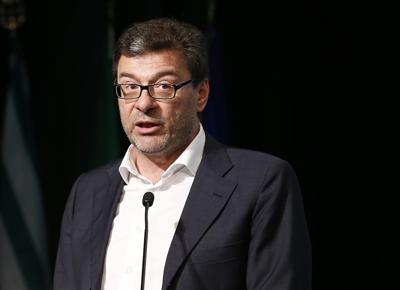 Assuring that in the negotiations with Brussels the ministers Franco, Giovannini and Giorgetti “they are doing everything”, Draghi added that“ the central point of the negotiation is create the company Ita which will necessarily have a strong discontinuity compared to the previous Alitalia and that leave immediately because if we miss the summer season we are not in good shape is that leave and stand on its wings this time, alone without subsidies“.

Draghi then added di be sorry for the loss of the name and maybe the logo, remembering to have almost always traveled with the former flag carrier, group that “it is considered as a family thing even if a little expensive”, He commented.

“We hope that the discussion with the Commission will be resolved in a positive way.” In the morning, during a question time in the Senate, Giorgetti had made it clear how now even the Italian government had conformed to the request for “discontinuity” in the handover from the old Alitalia in extraordinary administration to the newco Ita requested by the Vice-President of the European Commission Margrethe Vestager, explaining that the executive is considering the “possibility of renting one or more company branches of Alitalia, in compliance with the principle of discontinuity “and therefore opening up to possibility that, in addition to the new reduction in the fleet compared to the first industrial plan designed by Ceo Fabio Lazzerini, the branch handling and maintenance remain outside the perimeter of the newco. 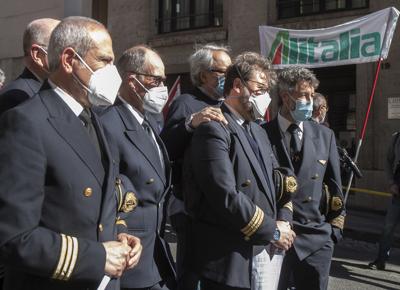 Epilogue that in the afternoon had triggered again the protests of the trade unions. “The newco Alitalia-Ita it cannot be without a numerically adequate fleet with new generation aircraft, must have the maintenance andhandling as well as other companies full carrier as they are the industrial prerequisites necessary to be able to compete in a highly contestable market and because both generate profits and not costs “, thundered the general secretary Uiltrasporti, Claudio Tarlazzi and the national secretary, Ivan Viglietti.

In the note, the two trade unionists had also added that “the comparison with Europe is making it clear that Vestager has a very different attitude than that adopted with AirFrance e Lufthansa which, in the recapitalization, were not asked what is being asked of Italy regarding the slots cut. This has also been stated several times by the other Ministers participating in the negotiation. Discrimination is overt “.