«All at home» digital memories from a suspended world 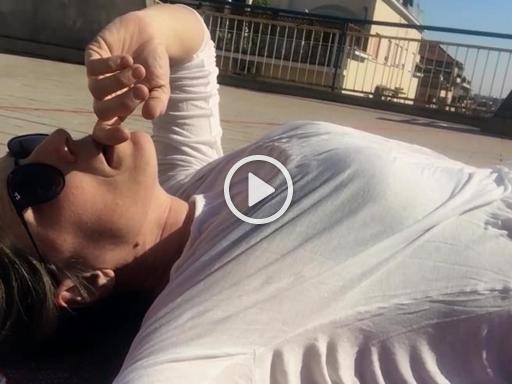 A group of show business and communication professionals made the feature film on the life of women in the first lockdown using digital means only. The direction signed by Nina Baratta, Cristina d’Eredità, Eleonora Marino – by Paola Pica /Courier TV
KEEP READING ”

“Tutti a casa” is the title of a film and the name of a collective of 16 professionals from all over Italy of entertainment and communication born online during the first lockdown last March and that this year, with digital means only, has made a cinematic story about the life of women in those days spent between the four walls and on the balconies, editing the best of the 8,000 videos sent by 500 participants in a call launched on Facebook. A diary signed by three directors Nina Baratta, Cristina D’Eredità, Eleonora Marino who have chosen six key words for the narration: home, body, care, crisis, rebirth, freedom. The film, self-produced with crowdfunding that quickly reached the goal of 15 thousand euros, will be broadcast on March 8 at 9.30 pm on La7 D.

The Collective Tutti a Casa (“we are a real collective of women”) responded in turn to the “call” of Corriere della Sera which with La 27esima Ora and La Nuvola del Lavoro opened the laboratory of ideas on smart working. “The smart working theme is only hinted at in this film which, however, was entirely made remotely, from writing to editing. For the culture workers, who we hope will return to their physical posts as soon as possible, it still represents a model invented from scratch in the days of the shock where reality was told only by men ”, a spokeswoman explained. The result was a fresco of stories of the lockdown from March to June 2020 in Italy, narrated from the point of view of women: “An alternative observatory to the mainstreaming narrative, all male, of the pandemic. The media, during the quarantine, gave space only to virologists, politicians and scientists and no one knew “the version of women. Yet today we know that they are the ones who paid the highest price of the pandemic, in economic terms, in terms of work but not only ”.

In the film, fragments of this parallel and invisible reality are recovered, at times distressing, at times ironic, shameless, “open-faced”. There is therefore the difficult everyday life of supermarket orders, among the very few places open during the quarantine, the doctor who wakes up in the night in the throes of anxiety and nightmares, the woman who in quarantine managed to escape from a violent companion and those who live like S. in a 30 square meter basement and from the window see the courtyard tiles and a piece of sky: “Never before – he says – it is clear that the choices are not the same for everyone. Not having a stable job is not the same for everyone. Some may even be without money for months, others simply not ”.

And then there are the games on the terraces with the children, the teacher who scolds the students online for copying the versions, the daughter who takes care of the elderly mother, the birthday parties celebrated without hesitation via whatsapp, the incessant work of the midwives who monitor the pregnancies, the gardens on the terraces, the episodes of solidarity like the seamstresses who sew cloth masks to be distributed for free, the volunteers who deliver the shopping to the elderly. The story born of “suspended time” is a poetic investigation that completely diverges from the investigative narrative but seeks the deep reasons and the meaning of a real “temporal paradox”: a period in which nothing seemed to everything happening inside the houses.

World Cup 2022: from eliminated to winner, how much will each team receive?
Posted onDecember 3, 2022
Menu