A real estate and construction company is making two significant moves to realize its private assets, which are expected to generate a total (net) cash flow of approximately NIS 1.5 billion. The company, controlled by Discount Investments (DSKS), reported that it had signed an agreement to sell HSBC Tower in New York to Innovo Property Group (IPG), and in another deal signed an agreement to sell a “property” in Tel Aviv to Delek Properties and Areas.

The big and central deal between the two is the sale of the HSBC tower for $ 855 million (NIS 2.7 billion). It is a property acquired by Properties and Building and the sister company Koor in April 2010, from HSBC Bank for a sum of $ 353 million. The transaction price then reflected the market situation following the global financial crisis, and it has since been considered one of the great successes of the controlling owner of DSK at the time, Nochi Dankner.

The relatively low price at which the building was purchased then reflected the collapse of New York office prices and the desire of large banks to get rid of real estate assets, in order to improve their liquidity. A year and a half later, Properties and Building purchased Koor’s share in the tower at a value of about $ 480 million, after Koor itself also ran into financial difficulties.

Now, at the end of a competitive process, it entered into a property and building contract last Thursday in an agreement for the sale of the tower located on Fifth Avenue in the heart of Manhattan, near the New York Public Library, and rises to 30 floors in an area of ​​80,000 square meters and 99% occupancy. The northern part of the building, which is to be preserved, was erected between 1901 and 1902. For the purpose of making the sale, Properties and Building contracted with Eastdil, a real estate investment banker, who coordinated the marketing process of the tower.

A commission of about NIS 45 million to the Schimmel brothers

The acquirer of the transaction, IPG, was founded by Andrew Chang in 2015, and focuses on the acquisition and management of properties in the greater metropolis of New York, where its headquarters are also located. Chang previously served for 10 years as a partner in the American real estate fund Carlisle, and as part of that role he was responsible for a $ 1.2 billion capital investment in real estate in New York City.

In accordance with the provisions of the sale agreement, the clerk acquires from Trustee, at the expense of the consideration, a hard (non-refundable) deposit of $ 30 million. The date of completion of the transaction is set for April 1, 2022, when the buyer has the option to bring it forward, or alternatively to postpone the date of completion for two periods of 30 days each. This is in exchange for increasing the hard deposit by $ 5 million for each extension.

Subject to the completion of the transaction, the assets and building are expected to have a net cash flow of approximately $ 343 million (approximately NIS 1.1 billion), following the repayment of the bank loan on the property, the balance of which currently amounts to $ 378 million, as well as additional payments.

These payments include taxes, costs, sales levies, as well as a commission payment of NIS 45 million to the Rock Real company of the brothers Jackie and Mark Schimmel, who were Nochi Dankner’s partners in the private company Ganden, through which he controlled the ID Group at the time. B.B.S.K.S., and served as directors of group companies.

This is a commission of 6% of the profit generated for the properties and building from the sale of the building, after imputation of the various costs beyond the purchase and sale prices. Originally, the agreement stipulated that the Schimmel brothers would be entitled to a commission of 12% of the profits from the sale of the tower, since they would mediate the transaction for its purchase.

However, this commission was cut in half at the end of an arbitration procedure conducted by the parties, which stipulated that the original agreement between the parties (signed in 2009) expired at the end of three years from its signing. This is because the agreement signed by the Schimmel brothers with Properties and Building was not re-approved every three years, as required by the Companies Act.

Net loss of about $ 45 million

As of the end of September 2021, Properties and Building exhibited the HSBC Tower in the library at a value of $ 864 million. Its sale for only $ 855 million, plus the various selling costs, is expected to result in assets and building a net loss of about $ 45 million.

According to the company, the net income from the tower’s operations from the date of signing the sale agreement until the date of completion of the transaction, which is estimated at $ 7 million, will be credited to it. The company also stated that it is considering the liquidation of the subsidiaries it established in the United States for the purpose of holding the tower.

Realization of a property in Tel Aviv for NIS 390 million

At the same time, Properties and Building reported that at the end of a competitive procedure, it entered into an agreement to sell its full ownership rights in Beit Properties in Tel Aviv, for NIS 390 million to Azorim and Delek Properties. same.

According to the agreement, a first payment of NIS 117 million was paid at the time of signing, and the second payment of NIS 273 million will be transferred by the date of delivery of the property, at the end of 90 days from the date of signing. According to Properties and Building, the sale will yield a net profit of NIS 282 million, which will be recorded in the fourth quarter of 2021.

The total estimated investment in the project is about NIS 900 million and includes the consideration for the purchase and the purchase tax. An industrial and commercial building is currently being built on the land in a total surface area of ​​approximately 7,800 square meters (over 2 parking floors), which generates NIS 6.7 million per year. This income will enable the financing of the land during the planning period.

Azorim is controlled by Hershey Friedman, while Delek Properties is owned by Lahav LR (40%), Uri Mansour (35%) and the Delek Group (25%). Delek Properties owns the real estate assets of Delek Israel (mainly gas stations), and recently signed cooperation with Azorim in the development of these properties and the purchase of additional properties.

Doras Cohen, CEO of DSKS and Properties and Building, stated that these are two transactions for the realization of significant assets, which are “carried out after competitive negotiation and strenuous staff work by the company’s management, US operations manager Eli Elephant, and Neve CEO” Gad Avi Rosen. “ 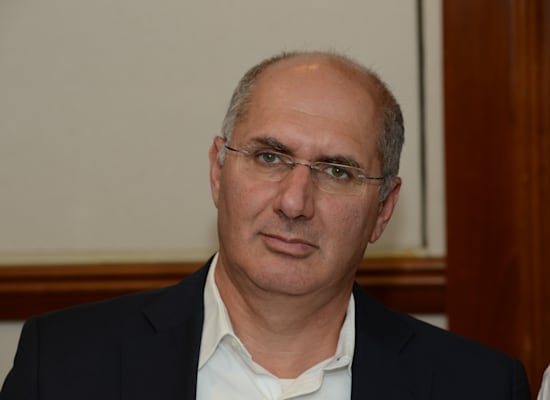 Cohen added that “management is working hard to implement the board’s decision to focus the company’s business on income-producing properties in Israel. Discretion between reducing the debt and increasing the holdings in the core business. “

Not only in the US, interest rates will...

Hinoman presents: From an issue at a value...

The Israeli public stormed the apartments: a 20-year...