Alternative to delivery drivers: In Berlin, burgers are now delivered by robots 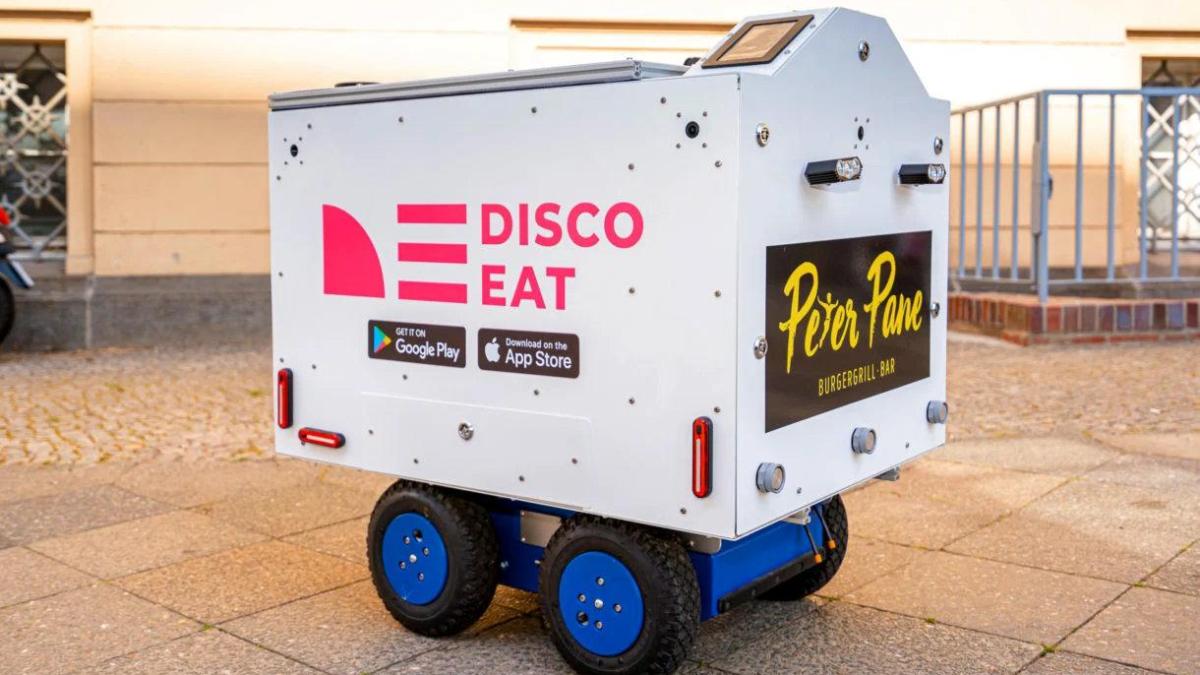 In Berlin, burgers are now being delivered by robots

The food start-up Discoeat has teamed up with befriended entrepreneurs for an experiment. An autonomous robot is now driving Essen in Berlin. In the long term, the company wants to compensate for competitive disadvantages compared to Wolt, Delivery Hero and Co.

Dhe food delivery service Foodora carried out its first tests with a courier robot back in 2017. First in Hamburg, since this year again in Stockholm. The US delivery service Doordash has also been trying out such gadgets for four years. Now the young Berlin company Discoeat is trying.

The start-up Teraki, which actually builds software for autonomous vehicles, provides the self-driving box, Discoeat the platform and the burger chain Peter Pane serves as a guinea pig, as Discoeat founder Moritz Heininger explains in an interview with “Gründerszene”.

He and Teraki had been in contact for a long time and were thinking about a delivery robot. Since mid-June this has been in the Berlin district of Mitte, but only for a single test branch.

When ordering, customers can choose whether they want their food to be delivered by the autonomous vehicle or a courier. According to the current legal situation, the robot is allowed to travel a maximum of 6 kilometers per hour, which is why it is used at a maximum radius of two kilometers – otherwise the food will lie in the box for too long. The companies only use the machine in the evening hours, so that the electric courier can handle up to five orders a day, says Heininger.

The robot is not yet traveling alone through Berlin; according to German law, it must be accompanied by a person. The Federal Council overturned this rule a month ago, but it has not yet been implemented. Heininger expects that to happen this year.

Then the top speed would increase to 20 kilometers per hour on top of that. At the moment, however, the employee is not protecting the environment from the robot – as was actually intended – but the person accompanying them is more careful that passers-by do not steal the food from the device or damage it.

The start-up is currently testing the deployment for another three months, says Heininger. Teraki mainly used the experiment to collect data. The three companies share the costs for the pilot phase. In the end, it is decided whether the robot could go into series production.

For Discoeat this would be a real alternative to delivery drivers, if it is cheaper, says Heininger. “For other companies this is just a small gag, for us it is actually a possible strategy.” After all, the small start-up cannot keep up with big players like Wolt and Delivery Hero.

Discoeat started as a reservation portal

Discoeat started in 2018 as a reservation portal for restaurants, where users get discounts outside of peak hours. Rocket Internet financed the startup right from the start. A year and a half later, the platform went bankrupt because a financing round collapsed. With new donors, Heininger and his co-founder Nicolo Luti rebuilt the start-up with all the assets from the bankruptcy estate at the beginning of 2020.

Then the corona pandemic followed, so that Discoeat took up food orders on its website instead of table reservations, either for collection or delivery by restaurant employees. According to the CEO, this business has carried the start-up through the crisis. However, he does not want to comment on key figures.

“The reservation business is only coming back now.” Presumably, this concept will generate half of the sales in the future, which means that the restaurateurs will pay a commission for each guest they refer. And maybe the robot could bring in more revenue.

CM MK Stalin thanks PM Modi for his appreciation on chess Olympiad, hospitality, self-respect are inseparable characteristics of a Tamil.
Posted onAugust 11, 2022