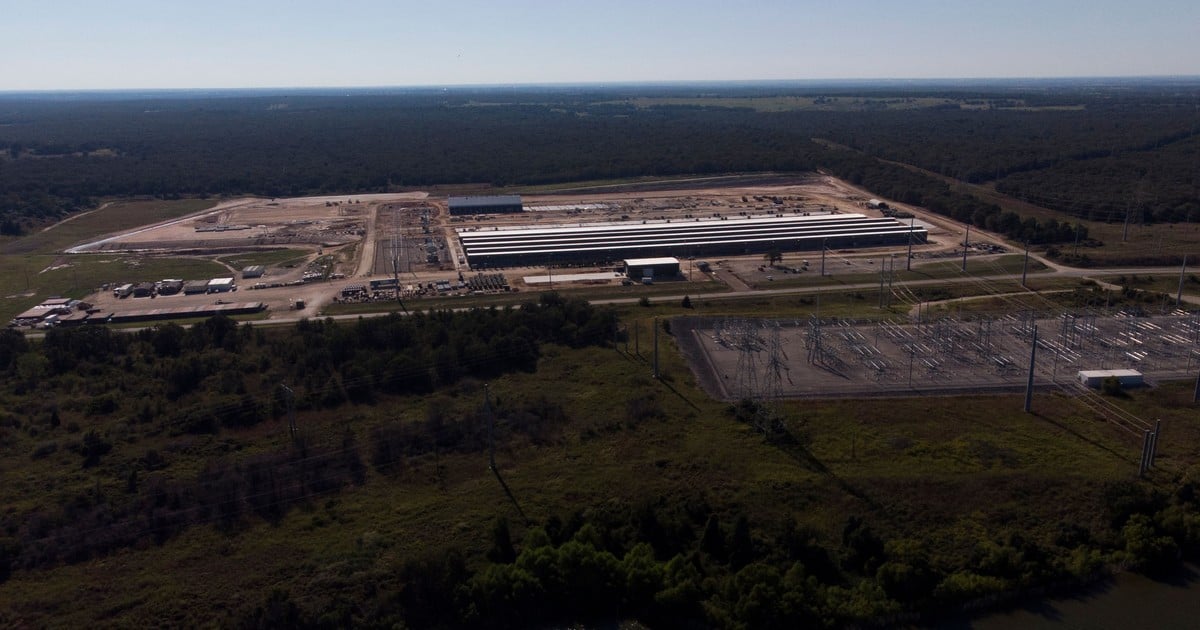 In the small town of Rockdale, Texas, a massive construction site alone illustrates the central role that Americans intend to play. in the world of cryptocurrencies, after China decided to abandon the sector.

With a capacity of 750 megawatts, the largest bitcoin farm in the United States already has more than 100,000 computers in three 350-meter-long buildings. In a few months, it will be seven.

China, on your side, stepped up its fight against transactions in bitcoin and against the mining of the currency, which is manufactured in these farms through complex equations solved by thousands of computers.

For these energy-intensive operations, cheap Texas electricity is a key advantagealong with its business-friendly environment and skilled workforce, according to Chad Everett Harris, CEO and co-creator of Whinstone, which owns the Rockdale farm.

In Rockdale, Texas, the “farm” for bitcoins. AFP photo

“Every leader in this industry wants to come to Texas!”, he smiles with the cap on from one of the temporary booths of his plant.

Originally from New Orleans, he began mining from his home in January 2018, with a computer that made him $ 60 a day, and in May he sold his farm for 651 million euros to the American company Riot Blockchain.

In September 2019, China remained the world’s largest producer of bitcoin, with two-thirds of all mining.

But eager to launch its own cryptocurrency, the Chinese government intensifies its offensive every day against the many players in the sector that used to flourish in its territory.

On Wednesday, data released by the University of Cambridge showed that bitcoin mining more than doubled in the United States between May and August of this year, accounting for 35.4% of the activity.

Sam Tabar, chief strategy officer for mining company Bit Digital, which operates in the United States and Canada, says that began its withdrawal from China in 2020 and accelerated it as the repression intensified.

“China’s ban on bitcoin mining it was an involuntary gift to the United States“He says.” Thanks to its ban, an entire industry migrated to North America, with state-of-the-art knowledge and equipment. “

When their investments began to collapse because of the Chinese regime, many investors saw the United States as an ideal destination, with its democratic political system, independent judiciary, and the sacrosanct protection of private property.

“When you make a long-term investment in a country to accumulate wealth, you want to make sure that it will not be stolen by the state,” said David Yermack, an expert in cryptocurrency at New York University.

However, he warns that the switch to the United States it’s only temporary because Northern Europe has clean, cheap and abundant energy, plus a climate that can help cool down huge working computer rooms.

Meanwhile, America’s mining boom fuels criticism about its environmental cost. Every year bitcoin mining consumes as much electricity as the entire Philippines, according to the University of Cambridge.

“Bitcoin Mining in Texas uses less than 2% of all energy available, “says Chad Everett Harris, who believes that consumption from his Whinstone plant” helps stabilize the network. “

Texas’ unregulated market gives companies a lot of flexibility, says Viktoriya Zotova, an economics professor at Georgetown University. “In principle, they can decide to buy electricity when it’s cheap and you don’t buy it when it’s expensive. “

Bit Digital is based in Buffalo, New York state. Sam Tabar points out that the city was one of the largest industrial centers in the country before their jobs went to China.

“We have come full circle”, he concludes with irony.