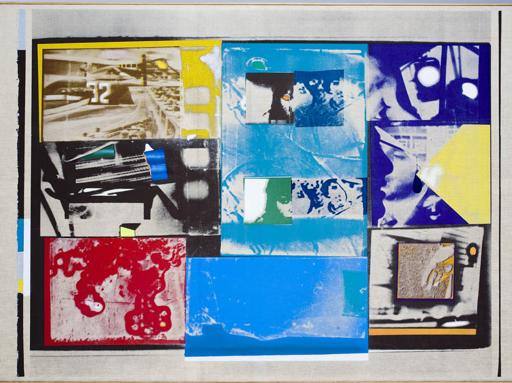 His work between photography, cinema and art exhibited at the Castromediano Museum in Lecce and at Palazzo Tupputi in Bisceglie. In May, the entire exhibition, conceived and organized by Cineclub Canudo with the support of the Italian Council, will move to Beijing, China

«Paolo Gioli: Anthological / Analogical. The filmic and photographic work (1969-2019) »is not only an exhibition dedicated to one of the most acute experimenters of visual languages, but is configured as a virtuous exhibition package. It provides for the involvement of the territory in two different locations, the Castromediano Museum in Lecce and Palazzo Tupputi in Bisceglie and, secondarily, also its productive inclusion in the international system with the final stop at the Three Shadows Photography Art Center in Beijing. An opportunity, therefore, to become familiar with the production of Gioli (Rovigo 1946) which mainly crosses cinema and photography, moving the boundaries mutually assigned to the two mediums. A condition that offered him expressive possibilities largely outside the normal perceptual spectrum and that the two planned exhibition paths will allow him to deepen. Under the banner of a prolific contamination between films, photographs, pictorial inserts, experimental films, Gioli deservedly retraced lands already fertilized by the transgressions of the historical avant-gardes, nevertheless managing to obtain very personal blooms from them. By manipulating existing materials, depriving them of their context according to practices already at home by the Dadaists, transforming 16 mm film cameras into “customized” cameras, using Polaroids not as a shooting technique but as a tool for revealing an optical unconscious, Benjamin would have suggested that on theme had said so many. In other words, Gioli made use of gazes at the mercy of a drive towards the image understood as matter, to be layered or assembled according to a sensitivity devoted to an aesthetic of the fragment, without prices to pay for the documentation of reality. He sewed and assembled stills in deconstructed mixes, post-productions one would have said a few years later, that is, open narrative spaces that Gioli would have identified with prescient spontaneity.

The project that brings Gioli to Puglia is signed by Cineclub Canudo (curated by Bruno Di Marino, with the collaboration of Rosario Scarpato, Antonio Musci and Daniela Di Niso) and enjoys the authoritative support of the “Italian Council” (VIII edition, 2020), flagship program of the Directorate General for Contemporary Creativity of Mibac for the promotion and circulation of Italian contemporary art throughout the world. In Lecce, the exhibition «Natura Corpo Volto Medium» features over one hundred works by the artist, mostly Polaroids also used as compositional elements combined with silk-screened paper or silk and some of his films. Bodies outraged by informal streaks chase each other, faces halved to make room for non-figurative inserts, still lifes escaped from yesteryear herbariums, doubled and emptied profiles, Etruscan fragments made immaterial by deletions and blurs, torsos like Christian martyrs lit by lysergic colors, vaginas and vegetables in bold formal combinations and endless tributes to 19th century masters such as Marey, Cameron, Eakins.

The works of Paolo Gioli exhibited in Lecce, Castromediano Museum

With the «Screens-screens» section, an experimentation applied to large screen printing fabrics produced in the 1970s is consolidated in Bisceglie. Mood of the time with background psychedelias that support images imbued with color, with subjects that recall the powerful expressiveness of the body reduced to the language of the soul, as it was used in those days of body art. Partial shots are mediated by the pictorial vision, contemplating details and amplifying them in stacked variants. Altered panoramas that appear digested by technological tools, transformed into television landscapes of which Schifano-like suggestions are captured. In Bisceglie the journey is also completed with two films, Images disturbed by an intense parasite of 1974 and Traumatografo from 1973.

In an even more detailed version, compared to the Apulian ones that make use of a fund of Paolo Vampa, the main collector of Gioli, the project will arrive on June 26 in China. Meanwhile, in the two exhibition venues, alongside an exhaustive review of his films, that is to say visions of a discourse without syntax, distorted images expelled as if by a restless cathode flux, seminars and workshops will also be held. They precede and compose the schedule of the nineteenth edition of “Sightings”, the film festival that will continue with a complete retrospective on Gioli’s cinema and with the Made in Italy section, dedicated to experimental Italian cinema, scheduled from 6 to 9 May 2021 at the Palazzo Tupputi of Bisceglie.

The Ministry of Health: 37 cases of corona were recorded… and 35 recovered during the past 24 hours – Previously newspaper
Posted onDecember 3, 2022December 3, 2022