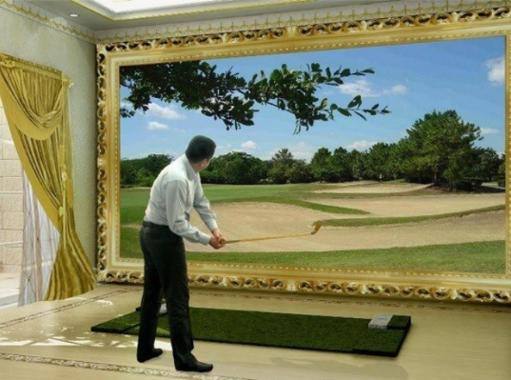 Workshop at the Macellum in Pozzuoli (NA) with the citizens to set up an imaginative minigolf. The work that can be visited from 24 to 26 November presented by the artist at the end of the Art Days

The Art Days announce the winner of the open call Flegreo per il Contemporaneo: awarded the prize / residence to the artist Niccol Moronato, protagonist of a workshop at the Macellum in Pozzuoli (NA) with the citizens to set up an imaginative minigolf. The work will be open to visitors with dedicated tours from 24 to 26 November 2022 and presented by the artist at the end of the Art Days on 27 November, The most relevant novelty of the second edition of the Art Days – Naples Campania (24-27 November 2022) the establishment of two calls for tenders dedicated to artists who favor emerging visual languages, residing anywhere in Italy and without age limits.

Art Residency – Flegreo for the contemporary aims to involve the Phlegraean communitycalled to redefine – through the work done together with the selected artist – its relationship with the Macellum site – Temple of Serapis, symbol of the historic center of the city of Pozzuoli. the most anthropized archeology in the cultural district of Campi Flegrei, now incorporated into the urban landscape to the point of underestimating its importance.

What role can the artist take on within the artist / inhabitant / territory relationship? These are the three key words of the project that promotes the development of participatory activities aimed above all at the involvement of the resident population where the creation process becomes the aim of the artistic intervention, aimed at increasing the levels of awareness about the cultural heritage and the recognition of values ​​connected to it.

The Macellum, commonly known as the Temple of Serapis, thanks to the Art Days, at the center of a path of awareness and creation of meaning. Flegreo for the contemporary wants to invite artists to develop this reflection to create / re-create that relationship between man and archeology of which the Macellum historically bears. Accompanied by a residence sponsored by the Anyway Campi Flegrei network of b & bs and a production award for the work, the winning artist Niccol Moronato, (Padua, 1985) that through a workshop with the citizens will transform the area into a minigolf for a short time. The artist states: For some time I have been planning to work in a performative and participatory way with the space of a Roman ruin. In the Macellum I see the possibility of realizing a long cherished project. Leisure (from the English ‘free time’, ‘fun’), plays with the natural space created within the site. It is configured as a spatial and participatory operation that confronts, exasperating it, with the contemporary tendency to re-evaluate or make accessible the forgotten places of history (or even of everyday life) by transforming them into entertainment objects. As if there was no other way to bring people closer to places of historical heritage, other than by making them become tourists in their own city. Leisure also thinks about the space itself in which the Macellum stands and uses it as a paradoxical place for entertainment. There is a common thread that goes beyond the simple contrast: the Macellum, in fact, was a commercial place, as much as entertainment was also a commercial force, so present in our cities as to shape the public spaces, the rhythms, even in certain cases the identities. The research on the landscape that I have been carrying out for about two years using aesthetic elements of golf and minigolf, allows me to highlight this friction even more because it allows two very strong symbols to unite in an apparently peaceful and enjoyable way, but deeply violent from a conceptual point of view. The Macellum has a landmark status, just as the golf area also becomes a sort of landmark after being artificially transformed. The aesthetics and playful practice of minigolf will therefore allow me to work with a very transversal audience, who will take part in the performative moments but at the same time will be able to reflect on all the other potential uses that could be made of that space, for example during an imaginative workshop based on the drawing to be carried out at the archaeological site.

An exceptional jury made up of the Art Days team – Naples Campania awarded Moronato, selecting the applications from all over Italy (Valeria Bevilacqua, Martina Campese, Raffaella Ferraro, Letizia Mari), by the Aporema ONLUS team (Antonio Manzoni and Daniela Politelli), by the Director of the Phlegraean Fields Archaeological Park, Fabio Pagano, by Fabio Frasca, the young collector founder of the homonymous collection , and by the head of culture and foreground of the Corriere della Sera (ed. del Mezzogiorno) Mirella Armiero. The production award to the artist offered by Rossi – Studio Legale Tributario.

If you want to stay updated on the news of Campania, subscribe for free to the Corriere del Mezzogiorno newsletter. It arrives every day straight to your inbox at 12 noon. Just click here.

A buyer’s market? How French property prices are set to fall in 2023
Posted onDecember 4, 2022