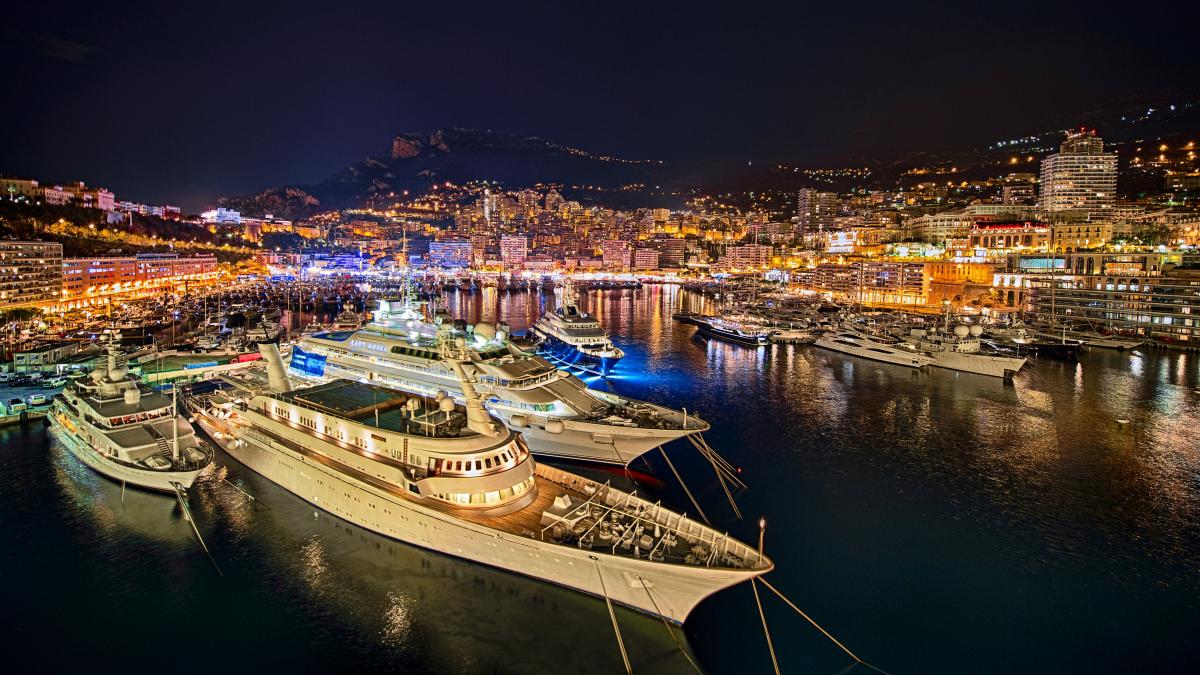 PRest-conscious, elitist anyway, but also discreet. Monaco is the ideal place to attract an audience, especially for established art. The fifth edition of the Art Monte-Carlo art fair has not only been moved from spring to summer due to the pandemic. The French and Italian Riviera are in high frequency mode during this time. Almost unanimously, the participating gallery owners emphasized that the joy of life has returned and that the joy of art can now be tried anew in a suitable location.

And they deliver a fine statement that the cheap prejudice of the bad, let’s say rather: the unpolished artistic taste of the rich and beautiful is simply ignorant. Admittedly, people in Monaco stick to the tried and tested, artistic daring is left to others. Most of the 27 trade fair participants came from Italy and France. The proportion of well-known global players is remarkably high.

Geographically and traditionally, the range of Italian post-war art and the products of Zero artists such as Enrico Castellani and Agostino Bonalumi is correspondingly numerous. Robilant + Voena (Milan / London / Paris / New York) dedicates half of his bunk to Lucio Fontana and surprises with an early, at the same time raw and baroque-looking, seventy centimeter high ceramic ballerina from 1952, which has not yet emerged in its expressive movement let the master of disciplined radical reduction close (1.45 million euros).

A Giacometti for five million

Hauser & Wirth (whose newest branch opened at the same time as Art Monte-Carlo in Menorca) shows like many others one of the filigree, playfully stylized brass sculptures by Fausto Melotti, which master the dangerous balance between decor and stylized image creation with an astonishing stability.

A medium-sized paper work by Jean-Michel Basquiat, oscillating between the interpretation of Christ as a martyr and a demonic regent in Dickinson (London), could compete with a three-figure watercolor by Georg Baselitz in Cortesi (Lugano). Not in the price, here are 2.5 million against 68,000 euros, but certainly in the style and intensity. Almost unrivaled, Alberto Giacometti’s portrait of his mother leads the price field with Thomas Gibson with 5.5 million euros.

With a series of works by Francis Picabia – he spent many years on the Côte d’Azur – the Parisian gallery owner Eva Meyer describes the artistic versatility of a highly gifted person between Dada and “Spanish Princess” (3000 to 180,000 euros).

Waddington Custot (London) has an oil crayon drawing on paper in considerable size by Bernar Venet, which is in no way inferior to his bronze sculptures in terms of its force and independence (“Two Indeterminate Lines”, 80,000 euros). Air de Paris relies on Sarah Morris and one of their large colored grids (125,000 euros).

One of the rather sparse discoveries among a lot of dignified things is Marie Hazard, who with her color printed textile fabrics quite obviously and very skillfully takes over the legacy of Sheila Hicks – at Mitterand (Paris, 4,500 to 8,000 euros).

Between all the avant-garde efforts of the 20th century, the current positions of contemporary artists, the old master specialist Moretti (London / Monte Carlo) has installed himself in a kind of darkened cabinet with a selection of small-format gold background paintings from the 14th century. The strict masterpieces of contemplation are evidence of mastery, medieval devotion to belief and hierarchy – and lust for the drastic. A small landscape format by Bicci di Lorenzo tells in dramatic detail and in glowing colors of the biblical massacre of the innocent, the child murder in Bethlehem (275,000 euros).

At this calm fair, most purchasing decisions are probably only made towards the end of the fair or after it – the days of hysterical buying and investment fury are probably over for now. However, some dealers report good sales from day one. The Pace Gallery (Geneva) has sold, among other things, a thermal print by Trevor Paglen, a floral motif from an edition of five copies, for $ 21,000. In addition, a two by two meter red color field on Japanese Washi paper by Sam Gilliam, the legendary, now 87-year-old master of the Washington Color School (275,000 dollars).

How important it is for the scene to move towards the buyers and say goodbye to the idea that you just have to bring together a sufficient number of exhibitors, then the large audience will already be there, is shown here in Monte Carlo. Thomas Hug, who has been head of the Art Genève trade fair for years, which takes place every year in January, has now established a summer event with Art Monte-Carlo. If he is able to maintain his restrictive procurement procedure beyond that, this could give both trade fairs an international unique selling point.

The ambitious appearances of dealers also prove that Monaco has recently ceased to play the role of a bird of paradise, which is not to be taken very seriously. Galerie Hauser & Wirth, for example, has been setting up in a kind of sunken bunker since June. A hall that extends over three underground floors houses partly monumental works by Louise Bourgeois.

The auction houses Christie’s and Sotheby’s are drawing attention to themselves with new showrooms, and great attention is paid to customer care and advice in order to support the processing of consignments and purchases. An important aspect in an area where import and export costs are a big factor.

And the gallery owner Johann König from Berlin seems to like the game of rabbits and hedgehogs. With a light heart and a great willingness to cooperate, he goes where the market is in motion. In Monaco, in the elegant representation of the Berlin Lenzwerke, he complements their design proposals with works from his program. Kamel Mennour (Paris) showed us how to do it: He invites you to his family’s summer residence and furnishes the nostalgic bourgeois rooms with works by Anish Kapoor, Daniel Buren and Latifa Echakhch.