At least 92 died in the Nassyrya hospital fire 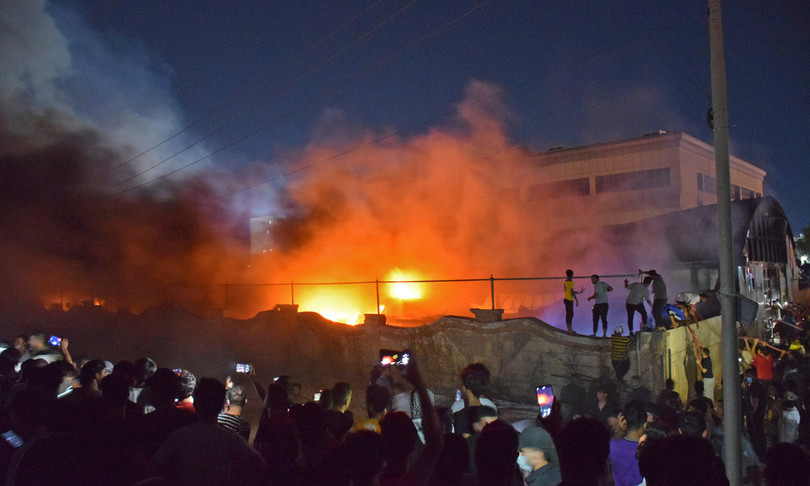 Time.news – At least 92 people died in the fire that devastated a hospital dedicated to patients with Covid-19 in Iraq last night. Anger broke out against the Iraqi government, again accused of neglect and mismanagement after a similar incident in Baghdad killed 82 people three months ago.

A short circuit caused the explosion of an oxygen cylinder in the Al Husein hospital in the city of Nasiriya, in the south of the country, where a fire broke out that killed 92 patients, according to the latest death toll provided by the Iraqi state news agency, INA.

The fire – caused by the explosion of oxygen cylinders according to a health source in the province of Dhi Qar, where Nassiriya is located – devastated the Covid ward of the hospital, which had 70 beds, for several hours and caused chaos. , with firefighters, rescuers and residents trying to take the sick away from the building.

The director of the hospital and the provincial health officer were heard by the police and suspended by Prime Minister Moustafa al-Kazimi, who also declared three days of national mourning for the “martyrs” of Nassiriya. Displays of anger erupted after the tragedy to denounce the mismanagement of the health system and the inefficiency of public authorities. During the night, hundreds of people demonstrated in front of the hospital affected by the fire, shouting “Politics is burning us!”.

In April, 80 people died in the fire of a Covid hospital in Baghdad, caused by a series of negligence that led to the resignation of the then Minister of Health. “The disaster at the Al-Hussein hospital, and before that, at the Ibn Al-Khatib hospital in Baghdad, is the product of persistent corruption and mismanagement that neglects the lives of Iraqis and impedes institutional reform,” he denounced. Iraqi President Barham Salih in a tweet.