Baltic Pipe approaches goal of reducing Poland’s dependence on Gazprom | Economy in Germany and the World: News and Analytics | Dw

Poland came close to its goal in a year to replace Russian gas with Norwegian. The Baltic Pipe gas pipeline under construction for this has completed the most difficult stage of the work. The Polish company Gaz-System, its owner and future operator, announced on November 18 that it has welded the last pipe on the offshore section between Denmark and Poland.

Thus, offshore pipe-laying was completed before the winter storms. From now on, work will be carried out on land, mainly on Polish and partly on Danish territory, so that the danger of seriously getting out of schedule in the remaining ten and a half months is now significantly reduced. The official commissioning of the gas pipeline is scheduled for October 1, 2022.

Long-term contract with Gazprom expires and will not be extended

The Baltic Pipe gas pipeline, recognized by the European Union as a “project of common interest” (PCI) and received from the EU 267 million euros, is paid incomparably less attention by the international media than to another large gas transmission project in the Baltic – the Russian “Nord Stream-2” with a capacity of 55 billion cubic meters per year. …

Laying of the Baltic Pipe gas pipeline through Denmark by Energinet

However, specifically in Poland, Baltic Pipe will radically change the situation on the gas market. And Poland is Gazprom’s largest export market in Eastern Europe and the sixth largest buyer of Russian pipeline gas in the entire European Union after Germany, Italy, Austria, France and the Netherlands.

Baltic Pipe is designed to pump 10 billion cubic meters of gas annually. This is exactly the amount that Poland has imported from Russia so far in transit through Belarus via the Yamal-Europe gas pipeline. In 2020, it was 9.67, in 2019 – 9.73 billion cubic meters. contract. Poland does not intend to extend it.

As a result, the question may even arise about the expediency of Russia’s further use of the entire gas transportation corridor to the EU through Belarus and Poland. In other words, the very Yamal-Europe gas pipeline, which Alexander Lukashenko threatened to block in early November at the height of the conflict over migrants on the Belarusian-Polish border.

READ Also:  TASS: the European Parliament called for an investigation against Gazprom over gas prices

After all, the need for this pipeline may simply disappear if Poland ceases to receive gas from Russia through it, and Gazprom releases the volumes that are currently being transited through Polish territory to Germany via Nord Stream-2. The certification of this gas pipeline is being delayed, but by the summer of 2022 at the latest, a permit to operate two or at least one of its lines may well be obtained. 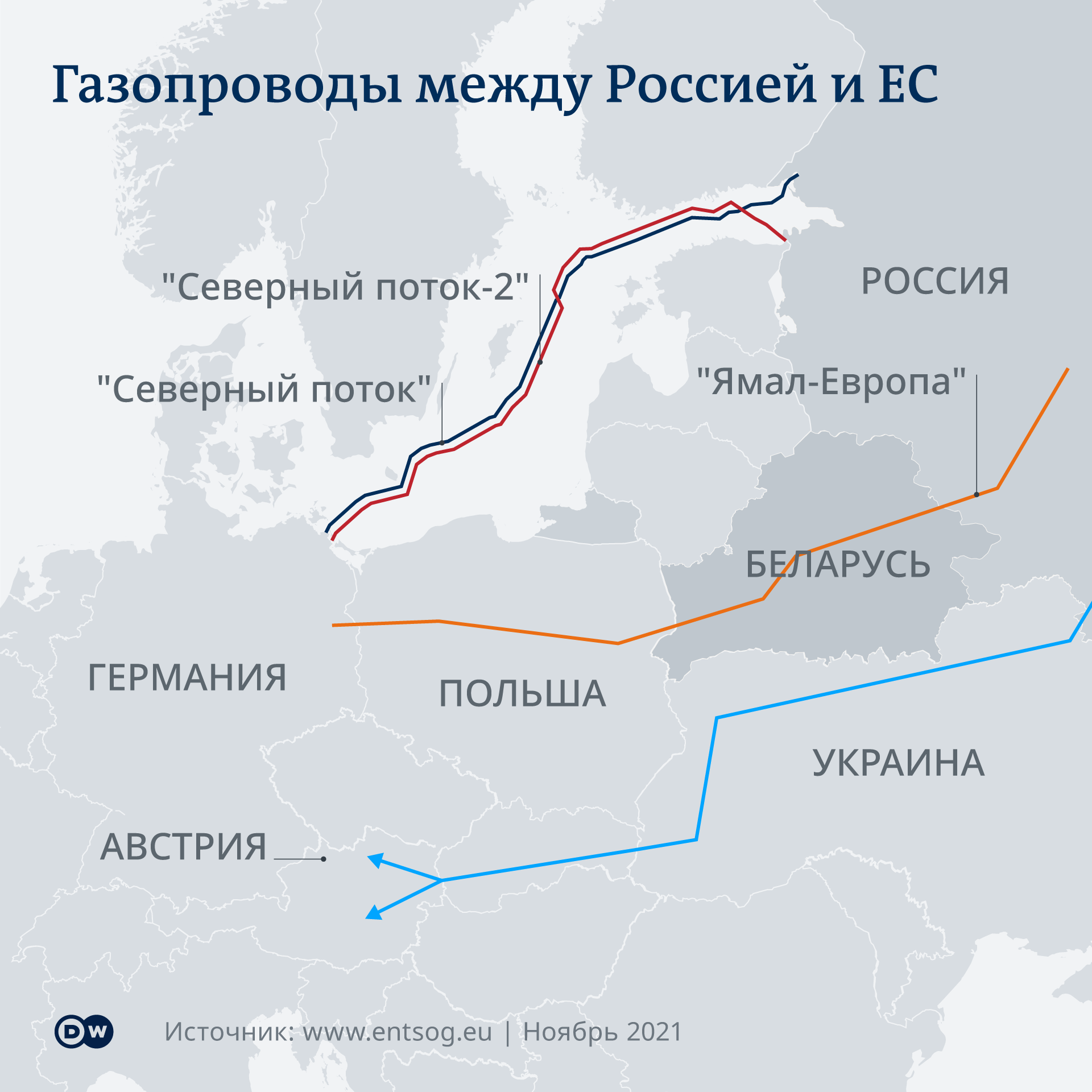 True, the Polish section of the Yamal-Europe gas pipeline is owned by the EuRoPol Gaz joint venture, in which Gazprom, like the Polish company PGNiG, holds almost half of the capital. So the Russian concern is not interested in its downtime. However, after the commissioning of the Baltic Pipe, this Polish section may well be used for reverse deliveries of Norwegian gas through Polish territory from west to east.

Gas from Norway will go to Poland across two seas

But these are all possible scenarios for the future, but for now Gaz-System has to complete work in Poland itself and solve the problem in Denmark, where the authorities, for environmental reasons, blocked the laying of pipes in part of the country. Energinet, the Danish partner of the Polish operator Baltic Pipe, is now seeking to meet the conditions for a new permit to work on this section. At the same time, this energy company assures that by October 2022, in any case, it will be able to pump gas coming from Norway through the existing Danish gas transportation infrastructure.

The Baltic Pipe begins in the North Sea about 110 kilometers west of Denmark, where it is connected to the north-south undersea Europipe II pipeline, which supplies gas from fields offshore Norway to Germany. The laying of pipes to the Danish shores was completed in the summer of 2021. 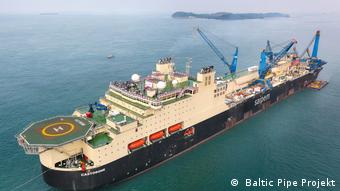 A second, Baltic sea section has now been completed, extending from the east coast of Denmark through Danish, Swedish and Polish territorial waters. In the area of ​​the Danish island of Bornholm, the new gas pipeline crosses the Nord Stream and Nord Stream 2 going from Russia to Germany.

The construction of this section of the Baltic Pipe was provided by the Italian company Saipem, which once laid the Nord Stream. It deployed three pipe-laying vessels, Castorone, Castoro Sei and Castoro 10, which laid 275 kilometers in less than five months, from June 27 to November 18.

READ Also:  Crimean authorities intend to ask the Kremlin for financial assistance due to floods

With no online deliveries and a cheap stock...