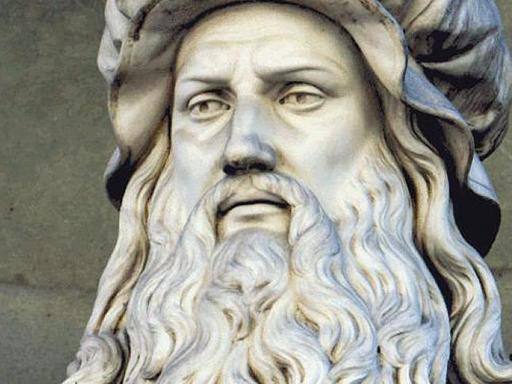 «The more I looked at that drawing, the more I wondered: how did Leonardo keep such a cool head? It is there, at the age of 27, in the Bargello, under the dangling corpse of the last Pazzi conspirator, Bernardo Bandini Baroncelli, that Lorenzo had brought back to Florence from Constantinople where he was hiding. And Leonardo manages to compose this macabre drawing, with a dry coldness, all to be explained. She notes the details, the Turkish dress, notes the black stockings, the cap. I imagine him shivering and trying to keep himself cold to notice all the details he needs … ».

Professor Barbara Frale, how did you come up with this terrible image?

«Because thinking of Leonardo I imagined that he too was“ hung ”, like Bandini Baroncelli. Stuck in a very difficult situation, as Verrocchio’s first pupil but devastated by the accusation of sodomy that put the whole shop in a bad light, with the fear of repercussions both at work and for his life, given that the greatest patrons of the art at the time they were ecclesiastics. He is confused, he gets by with difficulty, he works and produces little … ».

From here he took the cue for the release of his new historical novel, “Leonardo da Vinci, the mystery of a genius” that Newton Compton is now releasing in conjunction with the new TV series produced by Rai and Lux ​​Vide on Leonardo Da Win. A project that always sees Frank Spotnitz in command, the same showrunner to whom she acted as historical consultant on Medici Florence.

«Leonardo is the first great love. This book originated just when I was working for Lux Vide as a historical consultant for the Medici fiction. I collected a lot of material about Leonardo because I thought it would be useful, since the character in the series appeared. But they didn’t use it, theirs was a young, nonconformist Leonardo. But I still have that material and when I finished the work on the Medici I picked it up and fell in love with it. Many ideas are unpublished, they start from the analysis of minor works, small details that may seem unimportant, but shed light on the personality of the Da Vinci: reserved and jealous of his private life to the point of seeming anaffective, the thought of a terrible father, a real rogue, and of the first stepmother who wanted to adopt him but her father did not allow it, the second who does not care. Leonardo is like one of those children who go in and out of the orphanage on several occasions ».

The novel she wrote in conjunction with the Medici fiction, “Medici Conspiracy,” was a best seller. Now try again.

“The plot of the series is similar but this time I don’t have a role. But both my novel and the series are very close to historical truth ».

What are the minor or little-known works from which it takes inspiration?

«Starting from the episode of the Bargello, and from Leonardo’s crisis, Lorenzo the Magnificent intervenes who admires him out of all proportion and plans to send him to Milan, as before he had sent Botticelli to Rome, as art ambassadors. For political reasons, of alliances with the Sforza. But also to give him the opportunity to get out of his impasse. In Milan, Ludovico il Moro came to power, a megalomaniac who took it into his head to create an equestrian statue in honor of his father, and wanted a work that could be talked about all over the world. A horse that had to go wild and stand on two legs or possibly on one. The best bronze smelters presented him with projects and he discarded them all, including that of Pollaiolo, who surrendered to the Moro telling him that the horse as he wanted it would never stand up, it was impossible ».

But not for the genius of geniuses …

«This is why Lorenzo sends Leonardo da Vinci to the Moor:“ Since we are so many friends and allies – he writes – I have here in Florence a slightly crazy genius who manages to do the impossible. And if making your statue is impossible, he is the one who can do it. So with a move Lorenzo saves Leonardo from complaints and defamation. And he sends him to make a name for himself in Milan. To amaze and seduce the Sforza he shows his miraculous silver violin, which Leonardo – here too is a mystery – has stopped playing. Even as a musician Leonardo is incredible, in fact he wins a very difficult musical technique competition organized by Ludovico Moro, but we know little about Leonardo as a musician because for unknown reasons he closes almost immediately and forever with music ».

Leonardo has the ability to ignite the imagination like no other of any era. And it never seems to run out of mystery and topics to tell …

“My experience as a historian tells me that it is his personality that sets no limits: a man so tormented, always in conflict with the ghost of his father, makes him a restless genius, like Michelangelo was, a soul in constant search of happiness and love. And also on love … ».

“His homosexuality is taken for granted but it is not taken for granted at all. Another character who has an important place in this story is Cremona, perhaps a muse, perhaps a young Bacchus. Man, woman, a courtesan, a model? I also thought of it as a romantic novel. And as a thriller ».

Asus presents: a laptop with a folding screen and a sky-high price
Posted onNovember 26, 2022

The body of Marwane Souidi found, a suspect arrested for “murder with acts of barbarism”
Posted onNovember 26, 2022
Menu