Baricco, the myth is now- time.news 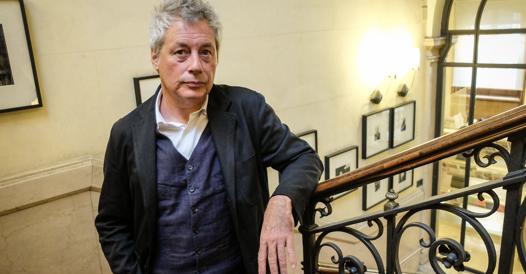 An “appointment with ourselves”. This is also the essay by Alessandro Baricco What we were looking for, arrived in the bookstore for Feltrinelli a few months after the first digital edition for the smartphone, created with the web agency ten04 and released last October 22 (libroprivato.it). A courageous and in some ways uncomfortable appointment, as the author himself suggests in Fragment 20: «If the pandemic is a scream, what are we screaming? We want it really know?”.

Probably many, net of the health and economic crises, on which most of the energy has naturally concentrated and is concentrated, they immediately understood that Covid-19 would have had an unprecedented symbolic meaning. At least since the post-war years. And that it could be an unrepeatable moment of transformation. “The world will never be the same,” he said to himself. “2020, the year in which everything changed”. But then it is as if that intuition has gradually faded, together with the effort to decipher the messages that the pandemic is sending us – that we ourselves, in the key of Baricco, are sending through this experience. And therefore the hope of changing what doesn’t work and that has brought us this far has faded.

Baricco is among those who do not give up. It’s in What we were looking for enters the playing field in its role: it seeks meaning, delves into the pandemic, tries to identify a paradigm, to build a map. And it does so in a language that is not the traditional, twentieth-century one, but closer to the intelligence of Game, the digital civilization, which he himself described in the 2018 essay of the same name (Einaudi Stile libero). Thus, thanks to this choice – 33 fragments made up of autonomous and at the same time connected images, to be read in sequence but not necessarily -, this essential, intimate essay makes us go straight back to the heart of those first questions, making them emerge clearly on the screen of the ‘iPhone or on the page, bringing them back to the surface. Reminding us that they are not postponable.

Baricco’s proposal it is first of all trying to understand the pandemic as one mythical creature: “Much more complex than a simple health emergency, it seems to be rather a collective construction, in which different knowledge and various ignorances have worked in the apparent sharing of a single purpose”, he observes, and later (Fragment 12) will explicitly evoke the collective unconscious of Jung. First reminder: our shared role. Mythical creatures, the author writes, «are artificial products with which humans pronounce something urgent and vital to themselves. They are figures in which a community of living beings organizes the chaotic material of their fears, beliefs, memories or dreams ». The pandemic is therefore an artificial creature, produced by man and precisely for this reason, explains Baricco, far from unreal: “The myth is perhaps the most real creature there is”.

It can be said, underlines later in Fragment 16, that “almost all the choices, of every kind, made by humans in the last fifty years, seem to have been made on purpose to create the conditions for a pandemic.” And in Fragment 31 the relationship with the Planet comes into play: «It would be idiotic not to admit that we have exercised all our powers with cunning rather than intelligence. It would be tragic to consider the disease that kills a punishment, but it will be unforgivable to think, from now on, that a sort of immunity keeps us safe from the consequences of what we do ».

The paradigm of the mythical creature it is also consistent with the comings and goings between epiphanies and backwards: “The most disconcerting thing, when you begin to read inside the mythical figure of the Pandemic, is the tangle of audacity and fear, of propensity for change and nostalgia. for the past, of sweetness and cynicism, of wonder and horror (…). The Myth gives back, of humans, the unsolvable substance ». We will have to deal with it. «Entering the mythical figures to understand their message – continues Baricco – is often a journey of disjointed voices where it would be a stretch to reconstruct a song, or even just an eloquence. Listening to screams is the rule. Don’t be scared, the goal ». Let’s go in.

The first scream is «of fatigue. Of rebellion ». Perhaps, the author speculates, “among the currents of desire that pushed that mythical figure to the surface of the world with such sudden violence, one of the strongest was precisely this: the spasmodic need to stop“. And he remembers that first revelation, which spared no one, often riskily forgotten today: “What madness in life did we have before?”.

Among the screams, given that the pandemic is “the first mythical creature assembled in the digital age”, it is worth recording at least one other cry: “The need to subject twentieth-century intelligence to a definitive stress test, which uncovers its obsolescence ». Intelligence, knowledge, first and foremost the scientific one. «Immense knowledge, with access to dizzying quantities of data – Baricco notes – succeeds in the incredible result of being of little use, or of producing solutions too slowly, or of asking the wrong questions». The reasons identified are outdated processes and schematisms by now unsuitable for the era of Game.

Finally, the author points out, the virus is not democratic. «Strengthen the powerful, undo the poor (…). Tens of millions of people are regressing to the condition of assisted, political power has returned to the center of the field in a lightning-fast restoration that has recovered it from irreversible agony. An entire intellectual elite has returned to being heard instead of being archived », Baricco writes precisely in October 2020, the date of the digital release. But all is not lost. Because, note, there is another strength. Contrary. The pandemic “breaks the chain of the inevitable and, by introducing unprecedented experiences, restores to humans the ability to think the unthinkable».

An expression also used by Paolo Giordano, last March in the «Corriere», about the mental effort that the pandemic imposes on us. It is a category adopted by Amitav Ghosh in his regard to the environmental crisis The great blindness. Climate change and the unthinkable (Neri Pozza, 2017). Mario Draghi on February 17, asking the Senate for trust in his government, underlined that “in the most difficult moments of our history, the highest and noblest expression of politics has resulted in courageous choices, in visions that up to a moment before they seemed impossible ».
Unthinkable thoughts.

telling has helped. The boys have understood and will speak after me – time.news
Posted onJanuary 27, 2023