“Beauty and the Nerd” is coming back? We have at least 7 more bad ideas 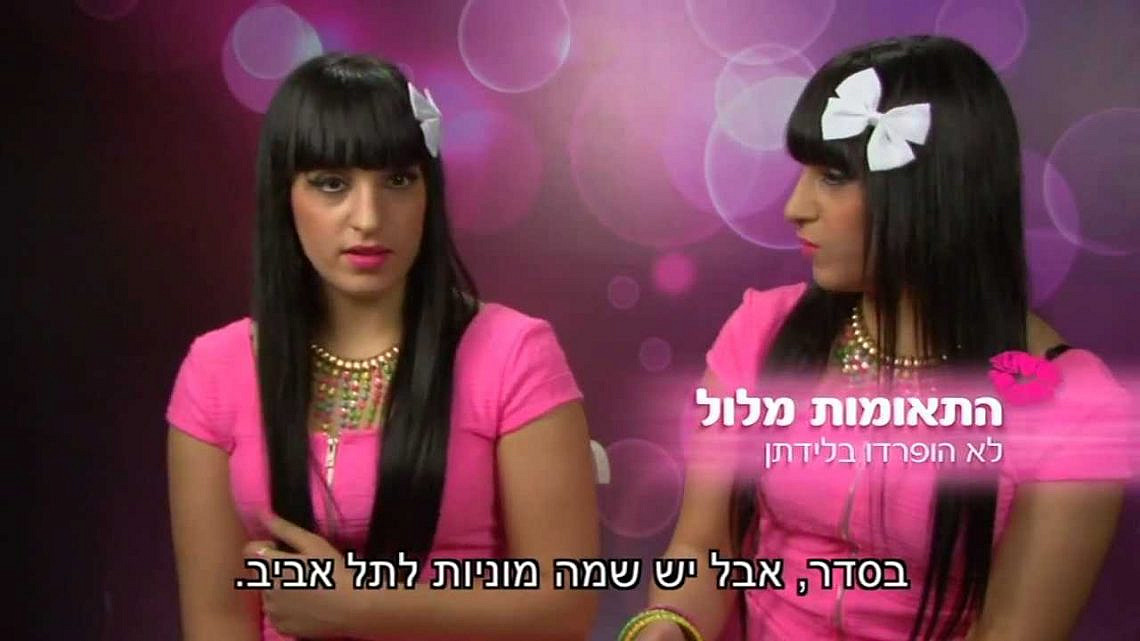 The International Committee for Bad Ideas convened as usual in September, agitated its best minds, examined stupid options from around the globe and finally kneeled down and chose: Network 13 is considering bringing back from the abyss of femininity the ancient reality hit “The Beautiful and the Nerd”. From all corners of the world thunderous applause plus a recorded laughter soundtrack was heard, because even in the recycling television industry, so poor in original content, such a bad idea has not been heard for a long time.

As I recall (it’s just that no one remembers), “The Beauty and the Nerd” did four seasons in six years, an unreasonable production rate in contemporary terms, broke the ratings records of the faltering Channel 10 and managed to combine all the repulsive manipulations that turn reality into a hit and between lovable humor and an elephant atmosphere -Good. For a short time, especially in the second and third seasons, it became an acceptable guilty pleasure candy. In retrospect, you can accuse her of being complicit in normalizing stupidity and turning it into entertainment for the whole family, but among us, who isn’t complicit.

Still, why is this a bad idea? First, because recycling ideas from the previous decade indicates that there are no better ideas, which is a very bad thing that is killing television as a creative medium and ruining the prime time of broadcast channels for almost 20 years now. In addition, several things have happened in the world since “The Beautiful and the Nerd” went off the airwaves, the contestants of the reality show are no longer innocent, and it is not at all certain that the attempt to match between good-looking and frivolous women and men with good looks and sharp thinking will pass the barrier of public opinion.

But we did not come to download and blacken. God forbid. If what you want in Israel’s commercial channels are bad ideas, then we have plenty. A heated two-and-a-half-minute board meeting easily produced seven worse ideas, and if we were given enough money we’d be more than happy to execute them as badly as TV likes.

The first reality hit in Israel, the first reality star in Israel, the first copied format in Israel. 20 years later – they are back. Sharon Ayalon is more stunning than ever, kissing 50, a desirable single again after her separation from the son of the tycoon Shaul Elovitch, and now 15 suitors are vying for her heart again, among them a nobleman from Dubai, a high-tech virgin rich, an elderly Russian oligarch, young and shapely golddiggers and someone who won a brother The biggest ever. It’s a pretty good idea relative to a bad idea so we want percentages.
The latest twist: Asi Ezer and Rotem Sela guide. That’s how it is now and they don’t ask why.
The strange twist: The viewers once again bring Rodrigo Gonzalez back as a lifeline even though he is not competing at all.
The topical twist: The contestants will be accompanied by a friend of a team of feminist judges who have come to destroy the romance.

One time it really worked for Kashet: the drama “Kidnapped” aired in 2010 and even before its airing was acquired by Fox for a remake. The result was “Homeland”, one of the biggest hits of the decade in the United States and the world, and possibly the most successful Israeli cultural export of all time. Now all that is needed is a remake of “Kidnapped” that can be sold to the Americans when they want to remake “Homeland”. And we all know that day will come. To us it sounds like a safe investment for the future, so it’s pretty sure it’s a really bad idea.
The latest twist: The season opens with the return home of the captives Rotem Sela and Asi Ezer.
The strange twist: Claire Danes, in a guest appearance in her monumental role as Carrie Mathison, joins the undercover unit in a special crossover episode with “Fauda”.
The topical twist: The current affairs editions will report events that happened in the episodes as if they really happened, and it will still be closer to reality than they usually report.

Keshet’s huge reality flop returns mainly so we can say “2025 2023” and make ourselves laugh. The tens of millions of shekels invested in this failed format will finally justify themselves when 22 new residents will enter the “city”, all of them former Knesset members and members, and will be divided into groups according to their degree of loyalty to Netanyahu. In the ultra-capitalist game, the winner will be whoever has accumulated the most money during their stay in the city as a result of gifts that are allowed to be demanded from members in exchange for regulatory benefits. The winner will be guaranteed election to the position of minister.
The latest twist: Rotem Sela. Assi Azar. What did you not understand?
The strange twist: Robots in the image of Sara Netanyahu will roam the artificial city and terrorize the contestants.
The topical twist: The judging panel will be the “Meet the Press” panel and the programs will be merged.

It’s true, we don’t lack new editions and current affairs and Haim Yabin hangs up the microphone a long time ago and one can wish much nicer things to a person who has reached the age of 90 than a comeback to the screen, but stay with us for a moment, because here’s a bad idea: every evening Yabin will present the correct news for that evening, but -1993. The news will be much nicer, the journalistic level will be much higher, Rabin and Peres will again strive for peace, Channel 2 will start broadcasting, Michael Jackson will come to Yarakon Park, Aviv Gefen will release “Now Cloudy” and it will be possible to relax a little. Everyone loves nostalgia, so why not in the main edition?
The latest twist: The presenter will be Deep Fake of Haim Yavin in his youth (together with Rotem Sela and Asi Ezer).
The strange twist: At the end of each program one of the contestants will be eliminated even though there are no contestants at all.
The topical twist: At the end of each item, the Likud’s response will be given.

The romantic crime drama based on Gadi Taub’s bestseller aired on Channel 10 in 2012, and centered around a chauvinistic romanticization of the lives of strippers from the strip clubs of Allenby Street. In the next season, which will be broadcast in 2023, all that remains of Allenby are mountains of ruins from the light rail works, the strip clubs have been closed because of the feminists who destroyed the romance, and Gadi Taub wanders alone on the deserted street cursing imaginary leftists. There is nothing in Allenby and there will be nothing. And that’s it. This is the series.
The latest twist: Guess who the central stripper in the story meets, in an exciting guest appearance, when she comes to audition for a reality show?
The strange twist: Irit Linor in a guest appearance as a former stripper who became a feminist activist against strip clubs. We didn’t see that coming.
The topical twist: In the final episode it is revealed that all the strippers from Allenby moved to OnlyFans and became millionaires in the face of mobile and progress.

A reality show format that was ahead of its time and the majority of the public suppressed its very existence, considering “I can’t believe they really showed it on TV: In 2004 Channel 10 acquired the rights to the American format “The Swan”, in which a number of women completely change their appearance in the series of plastic surgeries. The American format was shelved after two seasons and several lawsuits by contestants, but in 2006 the Hebrew version appeared: “The Appearance” hosted by Orna Detz. It was shameful and embarrassing, it was sexist and misogynistic, and even on Channel 10 they were a little ashamed and stuck it on 11 At night. For all these reasons exactly it will be a big hit right now.
The latest twist: The winner is the one who at the end of the surgeries most resembles Rotem Sela Vasi Ezer.
The strange twist: The prize is participation in the next season of “Hatunami”
The topical twist: There is a non-binary contestant who wants to be analyzed in a way that will fit them into all possible genders

It’s still too early to be amused by the Dodo Topaz affair for all its ramifications and aspects, and we are probably a few years away from a wave of dark nostalgia that is yet to come, but “Dodo Tells Legolo” was something else. The daily program was broadcast as part of Channel 2’s trial broadcasts in 1990, when every evening Topaz would tell a good-night story to a cute and stellar-looking doll and put the children of the country to bed. These were the last moments of television innocence in Israel. Now, using Deep Fake technology, they are back, they are angry and want revenge. The edgy sequel’s plot takes place 35 years after the original as Golo is a troubled man who imagines he was once a puppet in a TV show, while his uncle is, well, dead.
The latest twist: The series causes a media storm even before its filming when its creators refuse to cast Asi Ezer and Rotem Sela in the main roles.
The strange twist: The entire series takes place in the same room where his uncle told his son bedtime stories. McCrip
The topical twist: Dodo Topaz’s Deep Fake is interviewed by “Haaretz” and reveals that he is no longer a leftist.

Assaf Granit is opening a restaurant in Berlin – and wants to bring Jerusalem there
Posted onDecember 7, 2022