«Beecham House», an almost reassuring way of telling the Indian ascent of the British – Grade 6 and a half 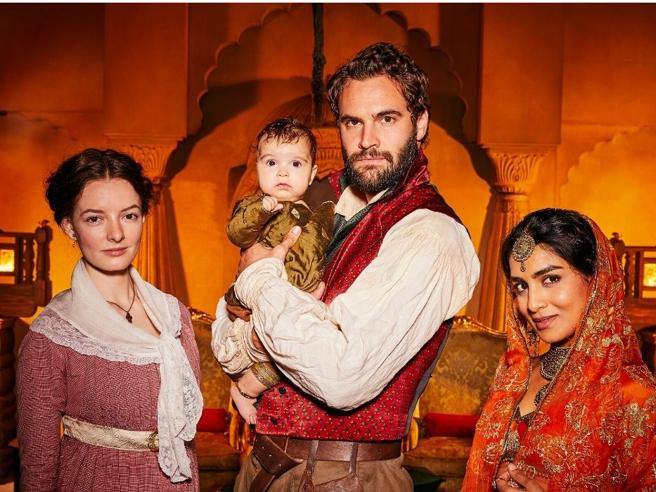 The series, currently scheduled on Sky, is an opportunity to fantasize about the past

Cinema has indulged itself on the colonialist chromosomes of the British, both with blockbusters such as David Lean’s Passage to India, based on Forster’s famous novel, and Ivory’s films. Now serial production returns to the theme with British director Gurinder Chadha, born in Nairobi in 60, famous for a funny satirical film of 2002, Sognando Beckham, in the sense of the footballer and (in advance) of women’s football. A similar name gives the title to the series now scheduled on Sky, Beecham House, this time in the sense of John Beecham, a diplomatic adventurer and climber in pure British style that in 1795 (the story says the Mughal Empire) at the gates of New Delhi.

All ready to become guardians of the country through the East India Company, that is the preface to colonization through the exploitation of resources and commercial enterprises. The series
,
six episodes of pure consumer use
, more than anything else opportunity to fantasize about the past, the maragi, the traitors, the spies, the handmaids with the mole immediately faint and the Indian continent with all its injustices but also the cultural values ​​and its traditions: there were schools, universities, raw materials, even if then the English they would leave the mark of their Western domination. The film does not aspire to important speeches, only the memory of a great adventure novel, in the center a precious stone that the same son of the maragi entrusts to our former soldier John (the rol phisique Tom Bateman offers it) to cash in and defend against friendly enemies.

On the one hand there is the virile part, the strong manners, the tense relations between the two Beecham brothers and our John, in controversy with the company of the Indies that plunders the country to help the English industrial revolution. There is a line in the film that draws the thread to that historic timeo Danos et dona ferentes from the Aeneid, which says: The English are never more treacherous than when they flaunt righteousness. On the other side there is the whole mel side with John who finds himself with a docile newborn without a mother but who passes from arms to arms – we have to wait for his public family confession to understand how things went – a single woman in vain waiting for husband, the faithful Indian aunt and finally Miss Osborne who will obtain with some difficulty the key to the difficult heart of our hero who has passed through traps, betrayals and prisons.

an almost reassuring way of telling the British takeover of India, with Oedipus at the gates, always with the opposing mother Henrietta at her side to play the character actor of the English virtues and manias. the good Lesley Nicol whom many will remember as the head cook, mrs. Pavel, in Downtown Abbey. Between whips, loves, spies and cuddling babies, the stereotypical series lets itself be seen according to the directorial perspective of the former colonies, now gentle now violent, using all the canons of the genre, evidently not enough today to ensure after the first season, a continuation . all accurate, studied, detailed, the dcor is the envy of the blockbuster cinema that once was, but the how and why India succumbed to the conqueror: always a matter of business, it is enough to overturn the pins (local sovereigns) one by one and voil that the country is conquered, also occupied by perfidious French competitors.

The fact that it is directed by a director with a degree in economic development from third world countries gives space to female voices and their participation in events, but above all from a sentimental point of view, relying on the stories of the characters and castes. Perhaps the production is too discreet to thrill an audience that partly knows the dramaturgical secrets of the period for other more contaminated, Salgarian and spectacular versions, but Beecham still has a professional cleanliness that hides the flaws of a script often anchored to dja vu and too much. to the trailer of Mel’s desire.