Before the possible victory of Giorgia Meloni in Italy, fears and questions in Brussels 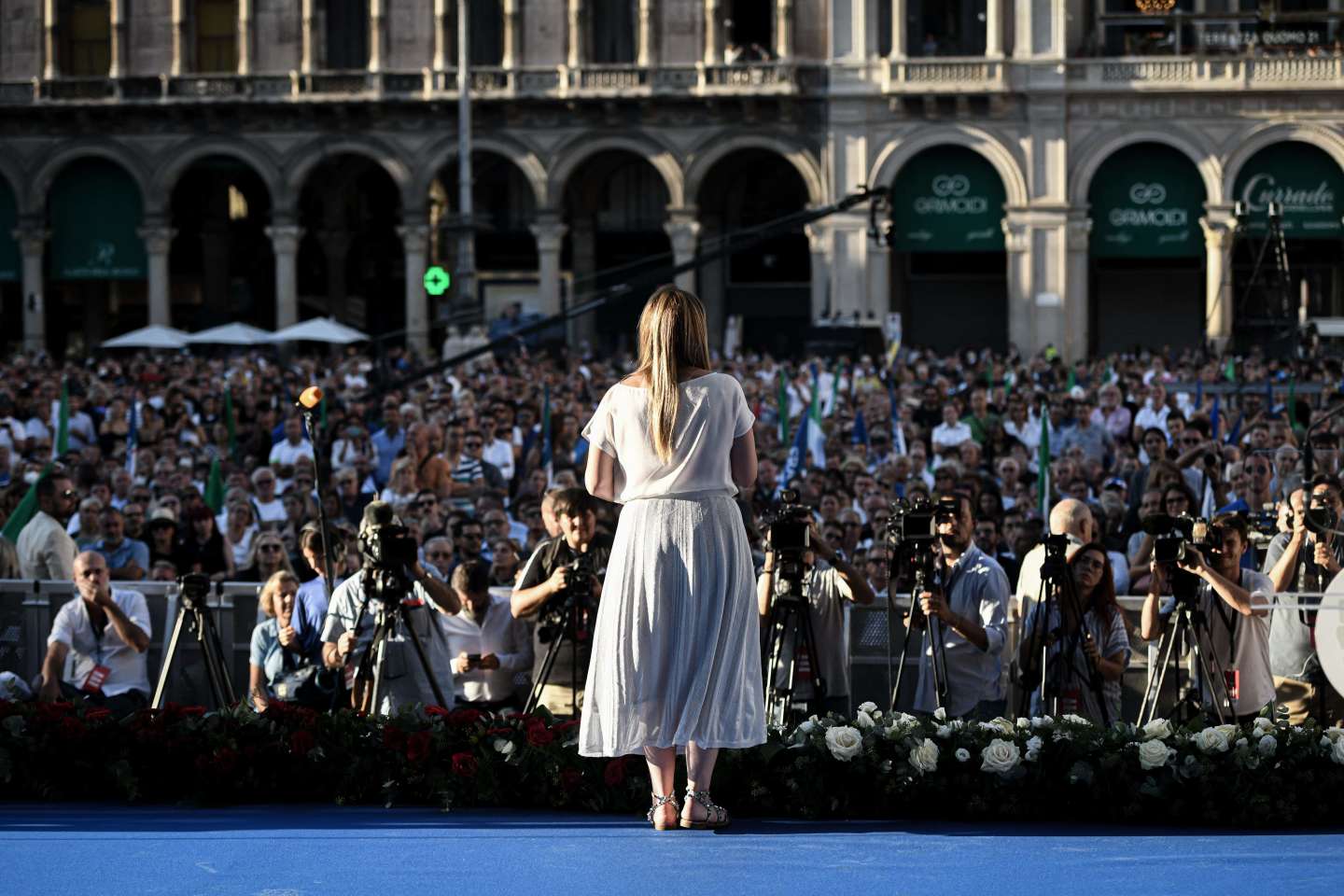 In less than a year, the first three economies of the European Union (EU) will have changed heads of state or government. In December 2021, the Germans brought Olaf Scholz to the chancellery in Berlin. In April, the French returned Emmanuel Macron to the Elysée, and on September 25, it will be the turn of the Italians to elect the Parliament which will appoint Mario Draghi’s successor. Between the war in Ukraine, soaring energy prices and the looming recession, Europeans would have done well without the departure of the former central banker and this high-risk election, which opens a new period of uncertainties.

If Giorgia Meloni emerges from the election in a position to be the next President of the Italian Council, as most polls predict, “it will be the first time that the extreme right will be at the head of a founding country of the European Union”is moved the Liberal MEP (Renew) Sandro Gozi. “We have a war, an energy crisis, a world food crisis, an economic crisis that is looming. A postfascist at the head of the Italian government will be one more element in this telescoping of monstrous crises.says a senior European official.

Read also: Article reserved for our subscribers From fascist heritage to the embodiment of novelty, the Fratelli d’Italia party at the gates of power

This summer, within the European institutions as well as in the capitals of the Member States, we followed with the greatest attention the fall of the Draghi government and the beginning of the campaign of the president of Fratelli d’Italia (post-fascist), who, allied with the League (far right), by Matteo Salvini, and Forza Italia (right), by Silvio Berlusconi, could well obtain a clear majority on the evening of September 25. With a very simple question: should we be prepared for incessant balance of power which, sooner or later, will threaten the cohesion of the EU, or will it be possible to build a constructive collaboration with the future Italian government?

“Anti-Brussels but not anti-European”

A few days before the election, even if they do not exclude anything, it is the second scenario which appears to be the most probable. Giorgia Meloni, knowing that she was in the position of favourite, made a serious effort towards the business community and Italy’s international partners in order to reassure them. Vis-à-vis the Commission, she has moderated her criticisms and seems much less aggressive than Mr. Salvini. On Russia, she has shown herself to be more faithful to the government line than many of Mr. Draghi’s supporters, and she continues to give pledges of Atlanticism. “It will be an anti-Brussels but not anti-European government”, summarizes Sébastien Maillard, director of the Jacques Delors Institute, who points out that Euroscepticism is no longer as popular in Italian opinion as it was a few years ago. On economic issues too, pragmatism should prevail, hope the Europeans. From this point of view, “Meloni’s Italy shouldn’t be very different from Draghi’s. She is in favor of a policy that supports investment and modernizes the economy.juge Sandro Gozi.

You have 56.67% of this article left to read. The following is for subscribers only.