Benedict Cumberbatch hero in spite of himself in “The shadow of spies” – time.news 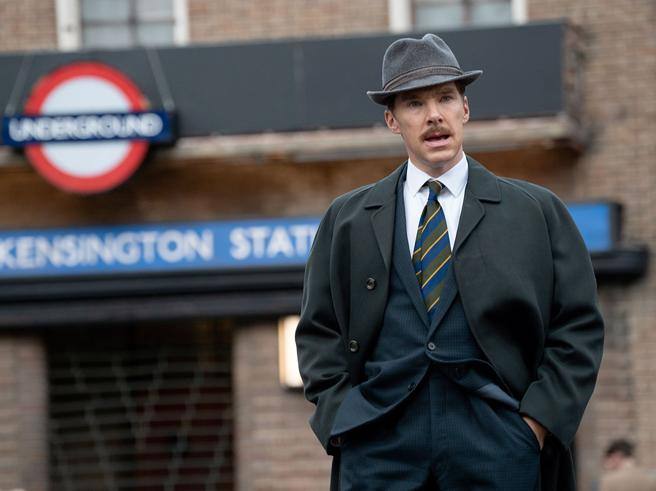 In Dominic Cooke’s film, inspired by a true story, the British actor plays a businessman recruited by Western secret services to transmit sensitive information from the USSR

In November 1960, the British trader Greville Maynard Wynne was recruited by the British secret services. Given his frequent trips to Eastern Europe, he is entrusted with the task of bringing to the West the information provided by the Soviet agent Oleg Penkovsky. In October 1962, a few days after what the world will know as the Cuban Missile Crisis, the KGB arrested both of them. Penkovsky disappears, perhaps committed suicide, perhaps shot after a death sentence. Wynne receives an eight-year sentence. He serves two in the infamous Lubyanka prison, then is exchanged for a Soviet spy and returns home. It is the shadow of itself. Historians credit the two for a large part of the peaceful resolution of the Cuban crisis which in the autumn of ’62 kept the world in suspense, one step away from the abyss of a nuclear war.

This story is told in the film “The shadow of spies” (Sky Cinema 1 and Now from August 30), starring Benedict Cumberbatch as Wynne. This spy thriller not only tells a forgotten piece of history but also a friendship. “They were as distant as they could be, in terms of culture and ideals – says Benedict Cumberbatch – yet theirs was a friendship based on esteem and the belief that it was necessary to act to save the world from an enormous threat”.

Did he know the story?

“No. At school I studied the Cuban crisis and my parents told me about those days of tension, but I did not know that particular episode. When director Dominic Cooke sent me the script, I immediately understood that I wanted to tell it and I decided to participate in the production as well ».

“A hero who has sacrificed years of his life for the riskiest job on the face of the earth. It was that information that provided Kennedy with the tools he needed to play his game of chess with Khrushchev. ‘

It took courage to spy in the Soviet Union.

“That’s why I say he’s a hero. There can be no action further from what you expect from a middle-aged, middle-class English man, an overweight and quiet salesman. ‘

Was Penkovsky a hero too?

“Indeed, however loyal to Communist ideals, he became convinced that the Soviet leaders were going too far. Khrushchev had become paranoid and egomaniacal and he decided it was time to distance himself, which did not mean betraying his homeland, on the contrary, it meant loving it so much that he personally took risks to safeguard it. For a long time in the Soviet Union he was seen with a traitor but in reality he was the man who saved the peace ».

Let’s talk about his sacrifices, physical: first he had to gain weight and then lose weight. Then lose weight again, until you skeletonize.

“The weight gain was due to the fact that I was playing a middle-aged man who never did anything for his health, who ate and drank a lot. Her pictures of what she was like before and after her two years at Lubyanka are on Google. It is absolutely unrecognizable. I therefore insisted that there be a three-month break during filming and that I had time to lose the necessary weight ».

In the meantime, what has he done?

“I swam in freezing water, it takes a lot to lose weight, and I followed a very strict diet. It wasn’t pleasant but it was the least I could do to pay him the right homage. He risked his life, I can sacrifice myself with three months of diet and sport. Not eating is served. He put me in a condition of extreme weakness, the same that that man lived, made me feel vulnerable and I think this helped the story of his imprisonment and his return home, after the fury of those events “.

Do you remember the years of the Cold War?

«I was a child. The idea that the world could end at any moment has remained in the family memory but I personally have not experienced those fears until recently. Just as we were making this film, Kim Jong-Un launched the first ICBMs. There are still so many tensions in the world, India, Pakistan … There are many more nations today capable of producing nuclear weapons than when Khrushchev and Kennedy faced each other, and this is another sign of the relevance of this film. The danger is still alive and present ».

The President at the Salihot event: “We must not be seen as an enemy
Posted onSeptember 29, 2022
Menu