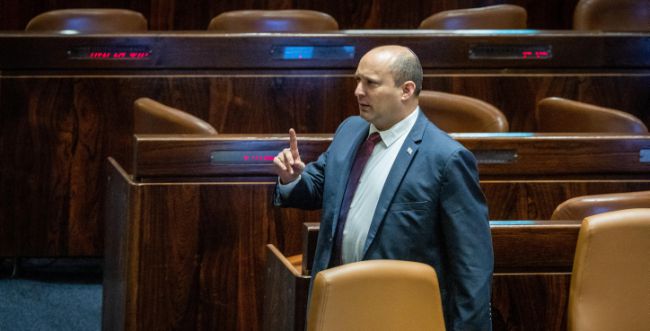 The outgoing Prime Minister, Naftali Bennett, sums up the shortest term of a prime minister in Israel, and says that he does not blame anyone for the fact that it disbanded after a short time.

Sources on the right: Shaked and Bennett are coordinated, the party will run

“I have no complaints to anyone, neither to Idit, nor to Nir,” Bennett told Yossi Werter in Haaretz. “My responsibility, my failure. When I took office, I dived deep into work: a neglected Iran, a Gaza, a corona. I forgot them. They did not prepare themselves for a government of this kind.”

On his political future, Bennett said: “I intend to try to return, I think I was a good prime minister. Yitzhak Rabin in the first term was a failed prime minister due to poor political conduct. Benjamin Netanyahu also in 1996. When they returned, they learned lessons.”

After announcing the dissolution of the Knesset earlier this week, Prime Minister Naftali Bennett is considering retiring from political life. Next week, Bennett will turn the prime minister’s office to Yair Lapid, after only a year in office.

These are Bennett’s roles in the transitional government

According to a report on the Haaretz website, people close to Bennett said that he was considering retiring from political life: “Right now I intend to run alone and not hook up with anyone – I will consider my steps in the coming days,” he said.

Political commentator Amit Segal also reported that Bennett is considering retiring from political life, and will announce his intention in the coming days. On the Walla website, it was reported that if Bennett did resign, the person who would head the party would be Deputy Minister Matan Kahana.