Bennett said at the hearing: “My wife is going to kill me” 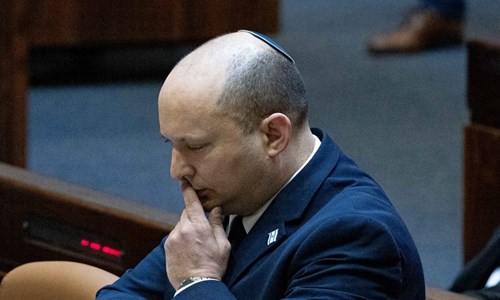 Prime Minister Naftali Bennett sowed hints in closed discussions about his wife’s flight. One of the clues was in a multi-participant discussion. Bennett asked to stop the flights and avoid them and said the sentence: “My wife is going to kill me”

The Bennett family’s flight storm: News 12 reported tonight (Thursday) that Prime Minister Naftali Bennett has sown a number of clues in closed discussions regarding the flight of his wife and children.

One of the clues was in a multi-participant discussion with dozens of people over the weekend, when during the discussion Bennett asked to stop the flights and avoid them.

During the hearing, Prime Minister Bennett reportedly said the following sentence: “My wife is going to kill me.”

As you may recall, Bennett’s bureau confirmed yesterday that Prime Minister Gilat Bennett’s wife and her children will take off for a vacation of several days abroad.

The family was supposed to vacation on the island of Mauritius in Africa, but given the decision to define the destination country as a red country, the vacation destination is different. It was further stated that “after the decision of the Corona Cabinet to leave the skies open to the movement of Israelis, the holiday destination was changed, in accordance with the updated guidelines.”