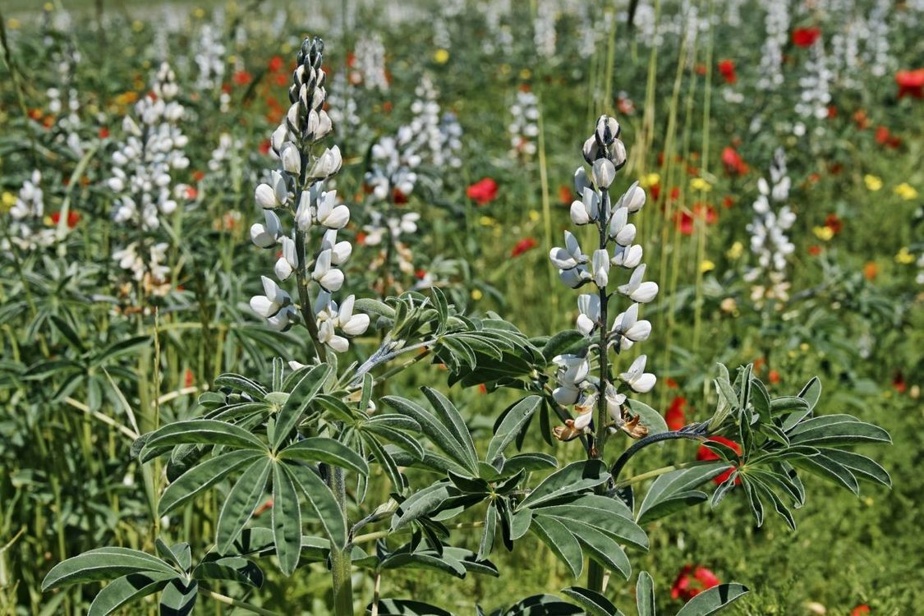 Decontaminating land could be done inexpensively with plants, according to a new Montreal study. Lupine, the seeds of which are eaten as an aperitif, has the ability to concentrate arsenic from the soil in its roots.

“Lupine is able to live on poor soils and even if they are rich in metals”, explains Adrien Frémont, doctoral student in biology at the University of Montreal and lead author of the study published at the end of August in the journal Plant, Cell and Environment. “It concentrates metals like arsenic in its roots so they don’t end up in plant cells above the ground. We wanted to see how effective it was. ”

The white lupine that Mr. Frémont studied is the one that gives the seeds that are eaten as an aperitif in southern Europe. “There is also a more ornamental version,” he says. There is a third species of lupine found in Quebec, for example in the Laurentians, and which is ornamental with purple flowers. The next stage of his work will include tests on Quebec lupine.

Lupine not only concentrates arsenic in its roots, it also attracts microbes that feed on these metals. “We can therefore accelerate the natural degradation of arsenic with lupine, not just concentrate it in the roots. Now we want to know more about these microbes and their connection to lupine, the mechanisms involved in the relationship, and also how it is with other metals. ”

The next step in this work will involve testing on contaminated sites. “There are 7,000 arsenic contaminated sites in Canada that are listed as being of concern,” says Mr. Frémont. You could plant lupine to remove the arsenic, either with microbial degradation, or by removing the roots of the lupine when they have filled up with arsenic. It would also have the advantage, in town, of reducing heat islands. Often contaminated land remains vacant land. If our results are confirmed, it is a suggestion that we can give to people who have contaminated land behind their homes. According to him, a moderately contaminated site could be cleaned with lupine in three or four years, and a more affected site in ten years. “It’s also a lot cheaper than removing the soil and treating it. ”