Bolsonaro: between isolation and ridiculousness | Opinion 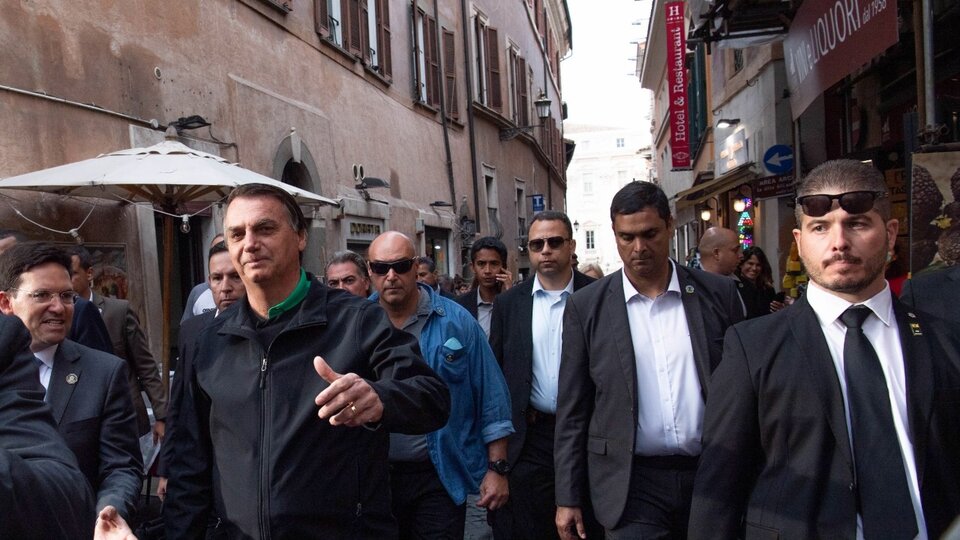 I read everywhere, also in important foreign publications, that the far-right president Jair Bolsonaro has been isolated from the global scene, and that this was more than evident in his visit to Rome during the meeting of the so-called G20, which brings together the main economies. of the world.

Bolsonaro returned to Brazil last Tuesday, but in reality it was as if he had not traveled.

Sometimes the news comes out with a slight difference: instead of saying “isolated,” it reports that it was “ignored.”

In relation to Brazil, what Ernesto Araujo, in his time as Bolsonaro’s Minister of Foreign Affairs, advocated is finally achieved: transforming the country into an international pariah.

Well, there is no doubt: we become outcasts. If until recently we were important mediators, especially in regional politics as well as in the bridges built to Africa, today we are a resounding and sovereign nothing.

Brazilian foreign policy, recognized and respected even in times of the military dictatorship (1964-1985), always had as its basis and support the high training of those trained by Itamaraty, as we call our Ministry of Foreign Relations.

From the first mandate of Fernando Henrique Cardoso (1995-1998) the country began to gain weight and space on the international stage. Some progress was made in his second presidency (1999-2002).

Already with Lula da Silva (2003-2010), foreign policy took solar flight. Never has the country been consolidated in such a way throughout the world.

If with Dilma Rousseff (2011-2016) he lost momentum, that was basically due to the fact that the president did not have the charisma, political intuition and agility of Lula to take action (the truth is that no one in Brazil has such characteristics).

After the institutional coup that dismissed her, the usurper Michel Temer felt on his skin how he was being put in the background. But even so, Brazil maintained an essential part of its weight and its image.

However, nothing – absolutely nothing – can be compared to what is seen today in relation to Brazil and, mainly, with Bolsonaro.

His appearances, his interventions, when it comes to foreign policy, oscillate between the bizarre and the pathetic, when not grotesque, and always with highly negative results for the interests of Brazil.

Right now, during his inexplicable tour of Italy, we have seen scenes that even the most creative writer of humorous films would not be able to imagine. And in case of achieving it, the director would cut them by excess of exaggeration (worth the redundancy).

Bolsonaro talking with the president of Turkey, for example. The Brazilian, somewhat ridiculous, lying without limits. And Erdogan with a serious face, as one who refuses to believe in the dimensions of the stupidity of his interlocutor.

Or Bolsonaro trying to chat with the waiters at a reception table, away from the other leaders. The waiters look at him as if he were an infiltrator among the cocktail destined for heads of state and government, which perhaps he was.

The ridiculous scenes of Bolsonaro strolling through the streets of Rome as the leaders participating in the G20 meeting gathered for important dialogues and negotiations dispense comments. The violence of his escort against journalists sums up what he would love to see in Brazil.

Conclusion: never, not even in the worst moment of the military dictatorship, was Brazil seen in such an isolated way on the world stage.

But it is a mistake to say that Bolsonaro was isolated or ignored at both the G20 meeting in Rome and the UN in Glasgow to address the climate emergency that threatens all of us.

No, no: Bolsonaro was literally despised. And when he wasn’t looked down on, he made a fool of himself.

What no one knows is what it will be like to rebuild the country’s image on the global stage when such a beast finally leaves the presidential chair and heads to court.

Expatriate domestic workers can return home without the employer’s permission; These reasons just have to be there
Posted onAugust 10, 2022