Brain stimulation for aggression, fasting for diabetes and excess mortality 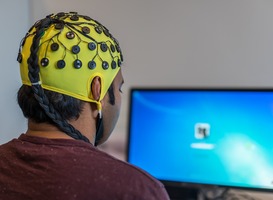 Every Friday you can come to us for a weekly overview in which we briefly look back at the most striking, interesting or most important news items per working day. This week, among other things, a new corona vaccine, brain stimulation for aggression, too little care for asylum seekers, fasting for diabetes and excess mortality were in the news. In this weekly overview the most important events of this week.

Researchers at the Leiden University Medical Center (LUMC) have hoped for a corona vaccine that is better suited for people with a weakened immune system. They benefit less from the current corona vaccines, which mainly stimulate the production of antibodies. The scientists are therefore working on developing another vaccine that additionally promotes the production of certain immune cells.

They look like scenes from Stanley Kubrick’s dystopian movie A Clockwork Orange: reducing aggressive behavior through direct brain stimulation. Yet it appears to be possible, according to research by PhD student Ruben Knehans. In addition to the medical complexity, all kinds of other questions are also involved. For example, is it ethical to adjust someone’s behavior? Is it something you should criminally impose on criminals? Who determines what the standard is?

Asylum seekers who are in crisis emergency shelters do not receive enough medical care. Sometimes they only receive emergency care, while they are entitled to the same care as everyone else in the Netherlands.

Thursday: Not eating for at least 14 hours is good for glucose levels in people with type II diabetes

Adults with type 2 diabetes benefit from a maximum food intake period of 10 hours a day, at least when it comes to lowering their blood sugar levels.

Friday: In July there was excess mortality among people over 80 and Wlz care users

An estimated 3,200 people died in the last week of July. That is slightly more than in the week before and more than expected for this period.