Bye bye defeatists. Realacci on the green revolution of the EU and the US 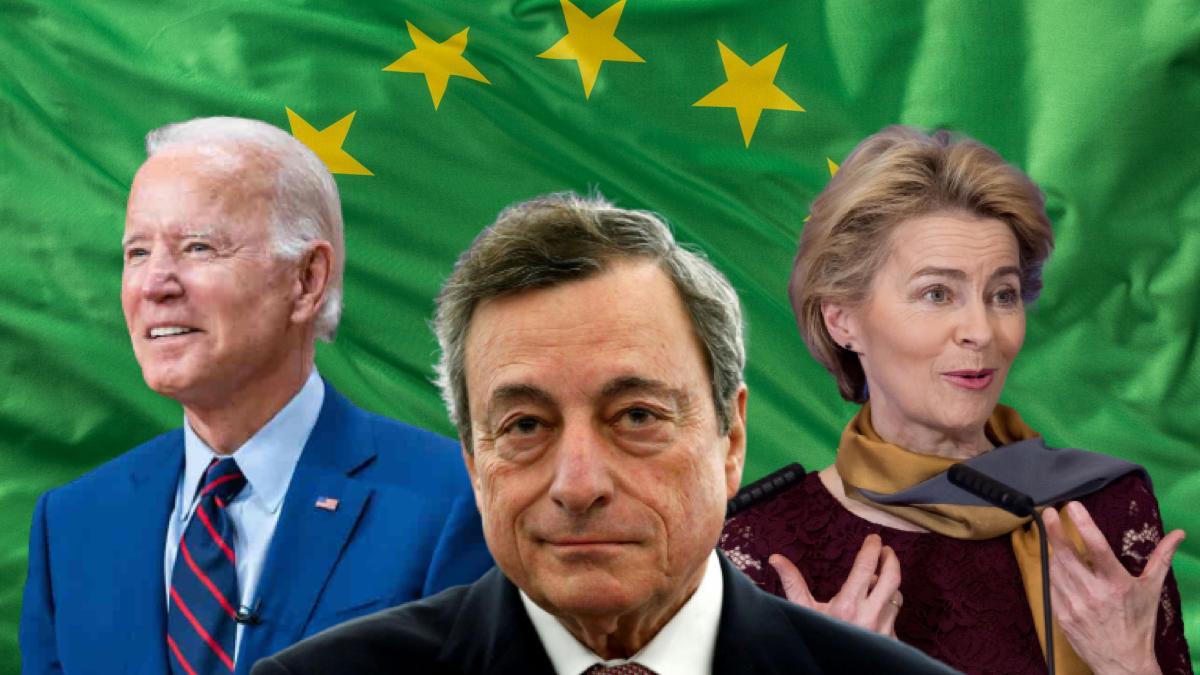 The president of Symbola, who has just closed the seminar “Green transition and a taste for the future”: an epochal move by the EU Commission, the green pact is the prerequisite for economic recovery. China will have to chase. Carbon tax? Right, it will favor reshoring, which also serves Italy

Taken by a flicker of Tolkenian nostalgia, Ermete Realacci puts it this way: “We must form the Fellowship of the Ring, elves, dwarves, men, to fight against the orcs.” The president of Symbola, one of the fathers of Italian environmentalism, is not talking about fantasy but about reality: the EU Commission’s plan to reduce C02 emissions by 55% by 2035 is the prerequisite for “a new green Atlantic Pact”. Europe and the United States can win the battle of the century together. And those who still remain skeptical about the feasibility of the enterprise have a short memory, says Realacci on the sidelines of the Symbola conference “Green transition and taste of the future”: “They also laughed at Kennedy and his lunar plans”.

It is not an isolated choice. Japan and Korea follow us. China also has 2060 as its goal, it knows that it cannot lose the green innovation market.

The reasons are there for all to see. In Canada, it is 50 degrees Celsius on the Pacific coast. In Antarctica, an iceberg twenty times the size of the Island of Elba broke off. In Germany, the death toll from floods does not stop. We do not realize the extent of this gesture.

When presenting the Recovery Fund, the EU Commission used three words: cohesion, energy and digital transition. We always know how to complicate our lives and we have translated them into six missions. This is to say that we are faced with a single mission which is indeed humanitarian, but also industrial and will redefine international relations. As Biden, Kerry, von der Leyen have repeatedly said, the green transition becomes the axis of a new Atlantic pact.

Climate policies are always, by definition, multilateral. But it is useless to hide the truth: behind the green game is the tech competition between China and the United States, and this move by the EU brings the Western bloc a little closer to the finish line.

It will take time, it will not happen overnight. And some of the fossil fuels will remain necessary, some materials must necessarily be obtained from there. But a clear trend has emerged, the reduction is inevitable. I’ve always thought that the zero emissions goal in 2050 looks like Kennedy’s space challenge. When he said in 1962 that he would take an American to the moon by the end of the decade, many laughed at him. We know how it ended.

There is another side of the coin: this challenge will have a significant cost for families and consumers.

Yes, and it could be a positive cost.

I give an example. We have witnessed a clash of cross demagogies on the abolition of the IMU on the first house. When it was abolished, it cost an average of 220 euros per family. An energy bill for a standard Italian home costs 1500-200 euros. Reducing it by even a third means saving three times the Imu. With the difference that reducing energy consumption creates jobs, and increases the value of homes.

We come to the Border carbon tax. Doesn’t it risk affecting the competitiveness of companies on a continent that has always been an exporter?

Right size, indeed very right. Europe, some forget, is the largest market in the world. When it announces to load the CO2 emissions quota on incoming products, it encourages reshoring, a process strengthened by the pandemic, which began even earlier in Italy. Producing abroad is useful for presiding over the markets. But a rich Chinese does not want an Italian signature that produces in China.

Well, let’s rejoice. Guarding the old man is always a risk, the Blockbuster case in America should have taught us something. It is an Italian vice that has often cost us dearly. How much money have we wasted looking for coal in Sulcis, without extracting a single kilo? With the same money we would have sent the families of the miners to the Seychelles, or allowed some of them to start their own businesses by hiring the others. Innovation either you drive it, or you undergo it.

Which sectors must be supervised?

Our excellences. For one thing, we are among the world leaders in green chemistry. At one time we were also world leaders in personal computers, then some genius decided that Olivetti would have no future. We push on big world projects where we are already in pole position. The news of the Stellantis giga-factory of batteries in Termoli, an industrial desert until a few years ago, is great news.

Europe and the United States move in unison. Congress has approved a 3.5 trillion plan with legislation not far from the one introduced in Brussels.

We knew the climate would be a great meeting ground. It is no coincidence that Biden dedicated the first international summit of his mandate to it. He knows that the redefinition of international balances depends on this challenge. And, you will see, he will question many pseudo-environmentalists, the bell has rung for them too.

Is it my fault?

I have always been a pragmatic environmentalist. There are those who stand up and shout against the EU: better 2030 than 2035. What is the point? If the green transition train starts, companies will take the lead. Do they believe that if Volkswagen, BMW or Mercedes make an electric car at competitive prices, they are waiting for 2035 or trying to burn the times?

Symbola has just closed the “Green transition and taste of the future” seminar. Can Italy rediscover this taste?

Yes, if it abandons a widespread “calimerism” and realizes its potential. An Oxford survey of the largest database of green products in the world places Italy in second position for green production capacity, potentially the first. Innovation weighs, but also quality and beauty. Memo for defeatists on permanent service.

Turkey-Syria Earthquake | Death passed 5100; A three-month state of emergency has been declared in ten provinces of Turkey
Posted onFebruary 7, 2023February 7, 2023

“We will defend the great advance of ‘only yes is yes’ and we will correct the problem of reduced sentences”
Posted onFebruary 7, 2023February 7, 2023