Care: This is how artificial intelligence and robots can help 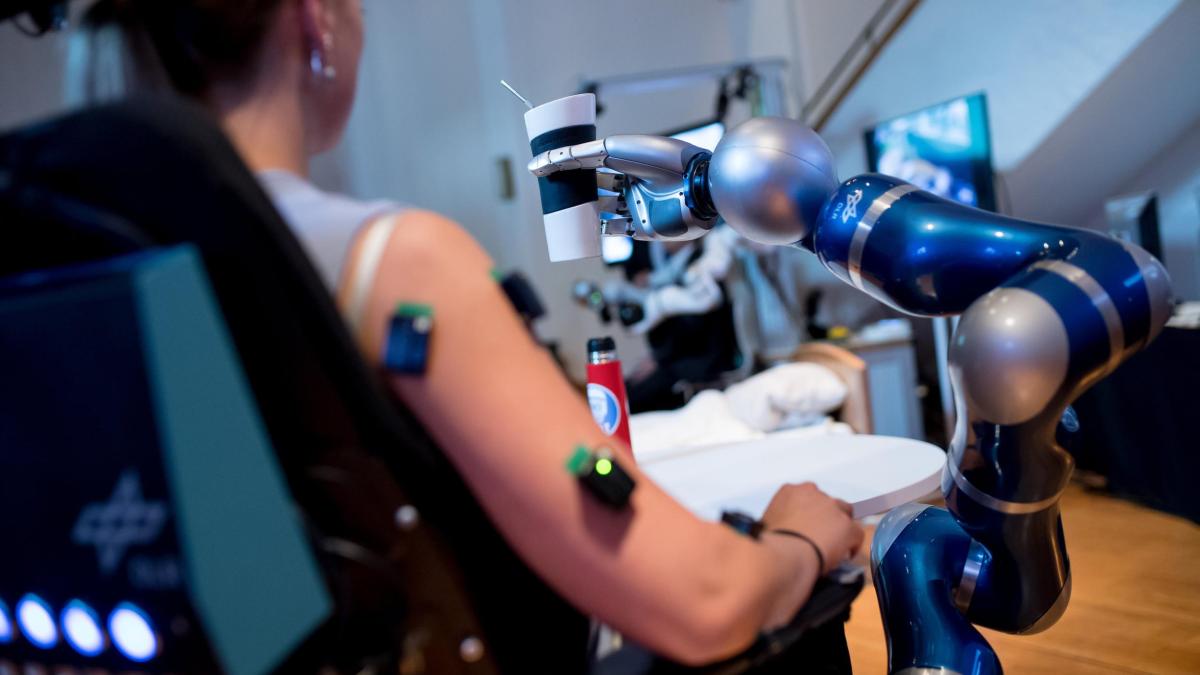 WWhat should the care of the future look like? In view of an aging population, not only is the need for trained staff growing, but also for innovations. Can artificial intelligence – AI – play a role here? And how do you make sure that humanity is preserved?

To classify, you first have to know what we are talking about. Because there are many misunderstandings surrounding AI. In the end, it is an attempt to map human decisions using computers, explains Professor Andreas Hein, an expert in assistance systems.

This has been tried for several years. This is done by defining rules and applying them to a specific problem.

With regard to medicine and nursing, this means: “Doctors or nurses are suggested something that the computer can derive from the data. The final decision is made by a person, ”says the director of the Department for Health Services Research at the University of Oldenburg.

AI is already being used in outpatient care, for example in route planning. For example, tours are planned here based on travel times or patient preferences.

“It’s about relatively complex calculation problems that humans are not good at,” says Hein.

“Without data there is no AI”

According to the researcher, processes that enable machines to learn with data have dominated AI for a number of years. “No rules are set in advance here, but the rules are extracted from data,” explains Hein.

In order for this to work well, the data has to be good: You have to know the basis for making decisions and the decisions that were made on them.

The professor gives an example: In radiology, systems can be trained with archived computed tomography images and diagnoses made from them.

The only problem: There is no such data in nursing so far. That is just under construction, says Hein.

“There is no AI without data”, sums up nursing scientist Karin Wolf-Ostermann. The professor heads the department for nursing care research at the University of Bremen.

Documentation in particular is one of the big future AI topics, says Andreas Hein. Nurses spend 30 to 50 percent of their time with it. If they could do it faster, there would be more time to work on people.

“We believe that we will have to feed in even more data here in order to be able to support the documentation with the help of AI,” says the expert.

The topic of AI in nursing is just picking up speed, says Karin Wolf-Ostermann. At the Nursing Innovation Center, an interdisciplinary research project, she and Andreas Hein and many other experts investigate which new technologies could be relevant for nursing. Relatively well-developed products are tested in affiliated nursing practice centers for their suitability for everyday use and effectiveness.

The fields of application for AI in care are a “colorful mix”, says Wolf-Ostermann: From monitoring the health status or the activities of those in need of care, to alarm management and the detection of falls, to duty or medication planning. So far, however, there has hardly been any broad application.

Social support, interaction and activation are also part of AI applications – mentally and physically. This can be helpful in caring for people with dementia, although it is controversial from an ethical point of view, as Andreas Hein says.

When using animal-like robots, for example, there is a risk that technical replacement will reduce the necessary attention and interaction between the dementia patient and the caregiver.

However, Hein also mentions studies according to which short-term positive effects could be achieved. However, only if the robots are well integrated into day-to-day care.

A playful approach is increasingly being chosen, says Wolf-Ostermann. An invention from the Netherlands, for example, allows dementia patients to sit around a table, where they use light projections to make flowers bloom, for example. The system recognizes where your hands are and how you move them.

Robots with AI help with the relocation

Nowadays, robots that help move patients also contain artificial intelligence. Here it is important that it is recorded: What the caregiver wants to do right now, but also what the sensors on the bed and the person in need of care report back, as Andreas Hein describes. Success stands and falls with data.

Nursing scientist Wolf-Ostermann says that it is hard to imagine care today without technology and new technologies. We also know from our own studies: The open-mindedness of nurses towards new technologies is generally high.

Design leeway should be actively used from the care, she says, by taking a broad discussion of technological innovations in good time. This must be conducted openly – “both with a view to opportunities and risks”.

The focus is on people

The researchers agree that the focus will continue to be on people. There are areas in which the use of artificial intelligence makes sense and others in which it is better not to use it for ethical reasons, says Andreas Hein.

“It cannot be about replacing nursing staff, but about supporting them,” says Karin Wolf-Ostermann. Social skills cannot be replaced by AI.

With pepper spray from the mirrors and a smoke bomb: this jeep will make you feel comfortable on any road
Posted onJanuary 27, 2023
Menu