CasaCorriere Festival, poker of ministers at the Royal Palace 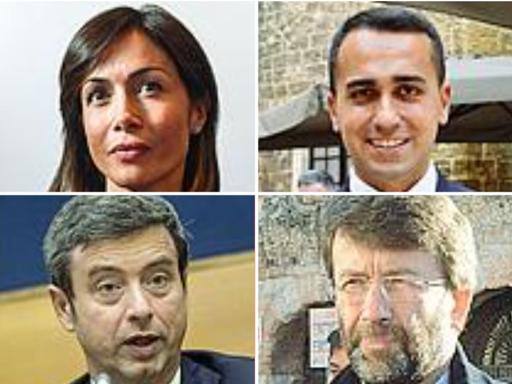 Carfagna, Franceschini, Di Maio and Orlando will speak at the event

Four ministers will be guests of CasaCorriere and will talk to journalists and Corriere readers. The first two members of the Draghi government will open the three-day festival in the court theater of the Royal Palace. The “Spaces of the future”, this is the theme of the event which, after almost two years of pandemic, looks ahead. Spaces of the future that begin with the live return of public events. At the center of the theme is the idea of ​​bringing out the best practices of a South that must feel more and more capable of intercepting the opportunities for the future that lie ahead after the wound of Covid that has put and continues to put a strain on the most fragile.

At twelve tomorrow the proceedings will be opened by a meeting with Mara Carfagna, Minister for the South and Territorial Cohesion and Dario Franceschini, Minister of Culture, moderated by the editor of Corriere del Mezzogiorno, Enzo d’Errico, with Luciano Fontana, editor of Corriere of the Evening.

On the same day and in the same place, but at 5 pm, the Variante Sud will start. A section dedicated to what we could define the good economy of “despite”. That is, despite the weaknesses, the starting conditions, the fragility of the fabric, the gaps, the South expresses excellence in many sectors and also a vision. The PNRR will be central. Even more so as the southern actors will be able to program the huge resources (40% of what Europe has allocated) that will arrive.

To follow, at 6.30 pm, “Work, innovation and technologies”. After the introduction by the director of Corriere del Mezzogiorno, the Minister of Labor and Social Policies Andrea Orlando, Marco Zigon, president of Matching Energies Foundation and Getra Spa, Mario Rusciano, emeritus professor of Labor Law at the University of Naples will take the stage. Federico II, as well as columnist of the Corriere del Mezzogiorno, Annalisa Areni, regional manager of Southern Italy Unicredit, Fabio De Felice, president of Protom Spa. Nicola Saldutti will coordinate the work.

CasaCorriere has always been the home of culture, in the various editions it has opened places in Naples that are closed or not known to the public of readers. Now it aims more and more to become a permanent home where to think about the future of the city and of the South.

Disaster at the amusement park: 31 injured in a collision between roller coasters
Posted onAugust 12, 2022

Garmin presents one of the best watches for lovers of travel and adventures in nature
Posted onAugust 12, 2022
Menu