Cassese: “We need to rationalize our regionalism to safeguard and improve it” 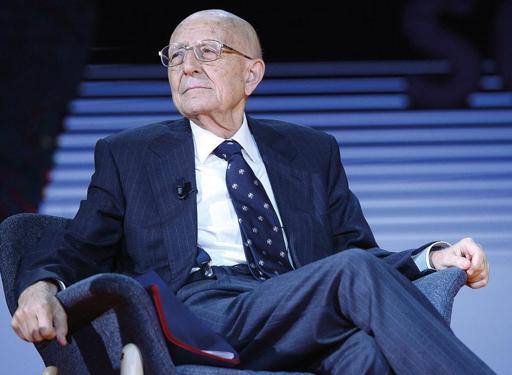 The jurist, academic, judge emeritus of the Constitutional Court and former minister speaks

Land the reforms announced by Draghi are the real challenge to shake the veins in the wrists. Especially in the South, where every little change is viewed with hostility. The Corriere del Mezzogiorno interviewed Professor Sabino Cassese, jurist, academic, judge emeritus of the Constitutional Court, former minister, certainly the greatest Italian expert on this subject.

Professor Cassese, the ambition of the Draghi government is to be able to carry out, together with the Next Generation Eu plan, some if not all of the major structural reforms that can really change the face of Italy. These are real Copernican revolutions for a country like ours, which, although obviously with a national horizon, would have decisive repercussions in a slower South, unable to spend, wrapped around a public administration that paralyzes it, where the civil trials last twice as long as in the rest of Italy. A realistic goal in your opinion or yet another dream book?

“Unlike other attempts, this time we have European constraints and substantial financial resources, also coming from Brussels. So, if we are able to start the implementation of the recovery and resilience plan, we will be rewarded. It is difficult for a single government to achieve all this by 2026, the deadline set by the European Commission. However, I think that all this can be started and carried out by the Draghi government, which started its activity very well ».

When we talk about structural reforms we think above all of those of the public administration, justice, taxation, but there are also others without which the country, and especially the South, risk not making progress. In particular to public tenders, whose slowness and clumsiness, after the recent Conte bis provisions on simplifications, has remained substantially unchanged. Can a country that must modernize its infrastructural framework, especially in the South, continue to oscillate between a system of penalizing rules and constraints and the use of extraordinary commissioners to do everything in derogation as in the case of Polcevera, without identifying an intermediate way that is always valid and anyway for all the great public works?

“It is possible to get out of this stalemate, provided that an accurate diagnosis of the reasons for the current block of investments is made. The first cause is produced by Parliament and the anti-corruption concerns fueled by the daily campaign of the previous ANAC management. As a result, we have a public procurement code that seems more geared towards preventing than encouraging procurement. In addition, the blockade situation has produced several attempts to get out of it, so it is common opinion that three public procurement codes are in force at the moment. The solution is simple: eliminate all superfetations, the Goldplating, introduced with the transposition of the EU directive on public administration contracts and apply so simply and European standards. Second cause: the excess of responsibility and sanctions that have been placed on the shoulders of the civil servants who are supposed to provide. Hence what is called the defensive administration and it signature strike. Here too the solution is very simple: bring responsibilities and sanctions to normal dimensions, avoiding in particular the transfer of sanctions created for the Antimafia to crimes against the Public Administration. Third cause: preventive controls, inspired by the criterion of distrust in public administrators. Solution: abolish the preventive controls to make the final and result ones effective. Fourth cause: the absence of technicians in public administrations. This is a phenomenon that has been reported for many years, which has not been remedied. Here too the solution is very simple: create special roles, with adequate treatments, for engineers, economists, impact assessment specialists, in order to be able to recruit the best on the market and place them in the Public Administration ».

The competing and often conflicting relations between the State and the Regions, especially after the infamous reform of Title V of the early 2000s wanted by the center-left, are a real brake on an orderly development of the country. In the South in particular, the Regions have now become real satrapies, which govern European funds, the only source of public funding as substitutes and not additional to the ordinary resources of the State, they manage health in a bad way as we are seeing during the pandemic, they harass local autonomies by favoring friendly ones and penalizing others, delaying processes and decisions. Going back to before the regionalism of the 70s and the CasMez of the early days would be a utopia, but in your opinion, wouldn’t a system based on a central state and municipalities be much better than today?

“I believe it is inadvisable to go back, suppressing the Regions, because the task indicated for them by the Constitution remains alive: to strengthen the country’s democratic rate and to lighten the central administration of the too many burdens that weigh on it. However, I believe that a step backwards is impossible, and therefore I think that our regionalism should be rationalized. Strengthen the State-Regions Conference, so that it becomes a Senate of the Regions in nuce. Establish horizontal relations between the Regions, so that the best practices can spread. Provide targeted recruitment in Regions with weaker administrations, in order to strengthen them. Introduce indices of performance of the Regions, with consequent systems of sanctions and rewards. All this could be done, saving regionalism, even improving it ».

We have become the country of “no”, of vetoes, of public officials who do not sign out of fear, where to do the most trivial work you need to have dozens of preventive authorizations, overcome insurmountable obstacles that Superintendencies, civil geniuses, Tar, scatter like anti-personnel mines on the path of the party of doing. What can and must Draghi do to clear the ground on which to build a development strategy for the country, starting from the South, because if the South does not grow, the whole of Italy will not move forward?

Deepti Kapoor: “If you want the reader to be interested in something, tell him a thriller”
Posted onFebruary 4, 2023