CCTV! Why did Jayakumar not get MP chance? இதான் சூட்சமம் | Why could not Jayakumar get a chance for Rajya Sabha from AIADMK?

Chennai: AIADMK has released the list of candidates for the Rajya Sabha elections. Jayakumar’s name, which was expected to last till last, is not included in this list. Jayakumar’s supporters are worried about this decision .. Let’s see how Jayakumar missed this opportunity!

Usually there is no Rajya Sabha MP election. In any election, the AIADMK will announce the candidate first. That was the AIADMK during Jayalalithaa’s tenure. And then with the advent of OBS-EPS there was no such speed in the superhero.

Not only speed .. there is a lot of confusion in selecting candidates. 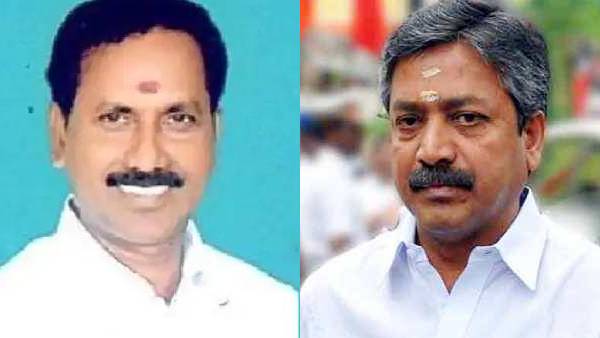 AIADMK’s Rajya Sabha MP candidates have been announced following several rounds of infighting. Elections to the 6 vacant Rajya Sabha seats in Tamil Nadu will be held in July. Based on the number of MLAs for DMK and AIADMK in the Assembly, the DMK will easily capture 4 seats and the AIADMK 2 seats.

On behalf of DMK, Tanjay Kalyanasundaram, KRN Rajeshkumar and Ra Girirajan have been given the opportunity. Another MP post has been given to the Congress party. It was in this situation that the AIADMK was unable to select MP candidates. Former minister CV Shanmugam and Mudukulathur union secretary Dharmar have been announced as AIADMK candidates after several rounds of clashes.

The name CV Shanmugam was already on the list. It was said that someone from a Vanni community was definitely an MP on behalf of the AIADMK. It was also alleged that one of the lawyers was an MP. CV Shanmugam has been given the post of Rajya Sabha MP because he is a former minister because he ticked both the boxes. He is an ardent Sasikala opponent.

Edappadi Team .. An ardent supporter of Edappadi. Thus it is said that Edappadi is projecting CV Shanmugam and keeping him as an MP candidate. Jayakumar was expected to be another candidate. Jayakumar is a former minister..as well as Edappadi supporters, anti-Sasikala. Thus it seems that the OPS has put a condition that Jayakumar should not be embezzled or CV Shanmugam should not be embezzled.

What justice is there if both are your supporters. You choose one .. The OPS seems to have put a condition that I choose one. Following this, Dharmar was nominated by the OPS and given a chance to contest the MP election. There is another reason for this other than removing Jayakumar.

But Jayakumar’s supporters may be frustrated by this. He went all the way to jail for the party. Arrested with Lungi at Mid Night. The CCTV video came all the way .. without giving a chance to the one who suffered so much .. Someone gave a chance to Dharmar .. They have been criticizing that this would not have happened if there was a single leader. Jayakumar’s party is a little dissatisfied with the OPS team!

Why could not EX Minister Jayakumar get a chance for Rajya Sabha from AIADMK? The names of the candidates contesting the Rajya Sabha elections on behalf of the AIADMK have been published in the box.

A doctor reveals the factors that trigger cancer

Tragedy in Acre: 16-year-old from Ukraine who immigrated...

Colombia: the tribune of an arena collapses in...

Director of the Companies Authority in one of...

The ravages of cosmetic surgery scammers in Australia

Do not believe the fast tag rumor; BDM...

a feminist summer that will last four years

Council Instructions: Fortification of the Torah and War...