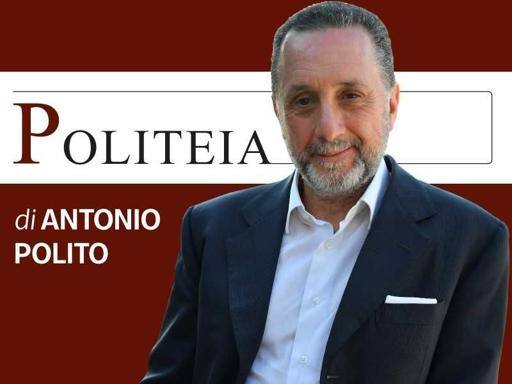 The ordinance of the mayor of Castellammare di Stabia has something surreal, dystopian

«Dfrom 18.00 to 20.00 every day it is forbidden for young people aged between 14 and 24 years of age to circulate in the municipal area “. The order issued by the mayor of Castellammare di Stabia, and which is valid from yesterday until next Sunday, has something surreal, dystopian: it seems to transport us to a science fiction film in which a tyrannical and pervasive power decides that young people are the enemy of civil coexistence, and therefore extends the cordon of a police state around them. You all know, in fact, that the whole of Campania, the only region of Italy, will be back in the “red zone” from tomorrow and for at least two weeks. In fact, the times in which the governor De Luca boasted of having kept Covid from our land at bay with the sole force of his will are far away.

So the schools are already closed, bars and restaurants are all closed, the shops are closed, hairdressers and barbers are closed, from 6 to 10 pm it is also forbidden to take away and the sale of drinks, and there is a curfew from 10 pm. at 5 in the morning.

The provision of Castellammare is therefore one more, an ad hoc rule, perhaps the first that identifies a specific age group as a target, that of children, and puts them under house arrest.

In it you can see a moral stigma, the indication of a fault, the stigma on the greaser: with the variants in circulation, our children have become our enemies, the spreaders of the virus, therefore they must be kept segregated with measures specific to them. In short, this ordinance overrides, in my opinion, the strict requirements of public health, which are valid to all and they are already in force throughout the region, to become instead a sort of Manzonian “cry”, one of those not rare cases in which the public power feels authorized to dictate private behaviors, to “direct” people’s lives, thus going beyond the limits of the law, and perhaps even of constitutional rights.

Another case of this kind, which worried me a lot, happened in Naples a couple of days ago, at the Vigna di San Martino. In that area, covering seven hectares, a few dozen pupils from one of the schools run by Rachele Furfaro had met and, precisely to remedy the closure of the schools, they had thought of organizing an outdoor activity with the children, assisted by the operators of an association.

Admissions staggered every quarter of an hour and always under the guidance and supervision of adults. Campania was still in “orange”, and therefore the parks were open to everyone. But, according to what the Reformist and the Corriere del Mezzogiorno, numerous cars of the urban vigli promptly rushed to the spot, alarmed by the “gathering”. And a complex legal discussion was born. Because the representatives of the law intended to ascertain whether it was “face-to-face teaching”, in which case the rule that precludes it would be violated, or only a lawful “outdoor activity”. The agents identified operators and mothers, asked for documents to prove that what was being done was not illegal (in Italy this is done, contrary to how it should be, the burden of proof lies with the accused, not the accused. ); and according to some parents they would have even tried to look in the children’s backpacks to see if the presence of a book or notebook betrayed the crime of “teaching” (but the commander of the traffic police firmly denies such a search).

Here, too, Manzoni helps us: “There was common sense, but he was hiding out of fear of common sense.” That’s exactly how it is. In our city, the police tolerate parking bans, violations of the code, weekend nightlife, decay and dirt, because unfortunately even common sense tolerates them. But they come to investigate a group of children in the park because they have lost common sense. After all, we are still in the region whose governor mocked a child’s desire to return to class by calling her a “GMO, grown on milk and plutonium”.

It is clear that Campania is not a country for young people.