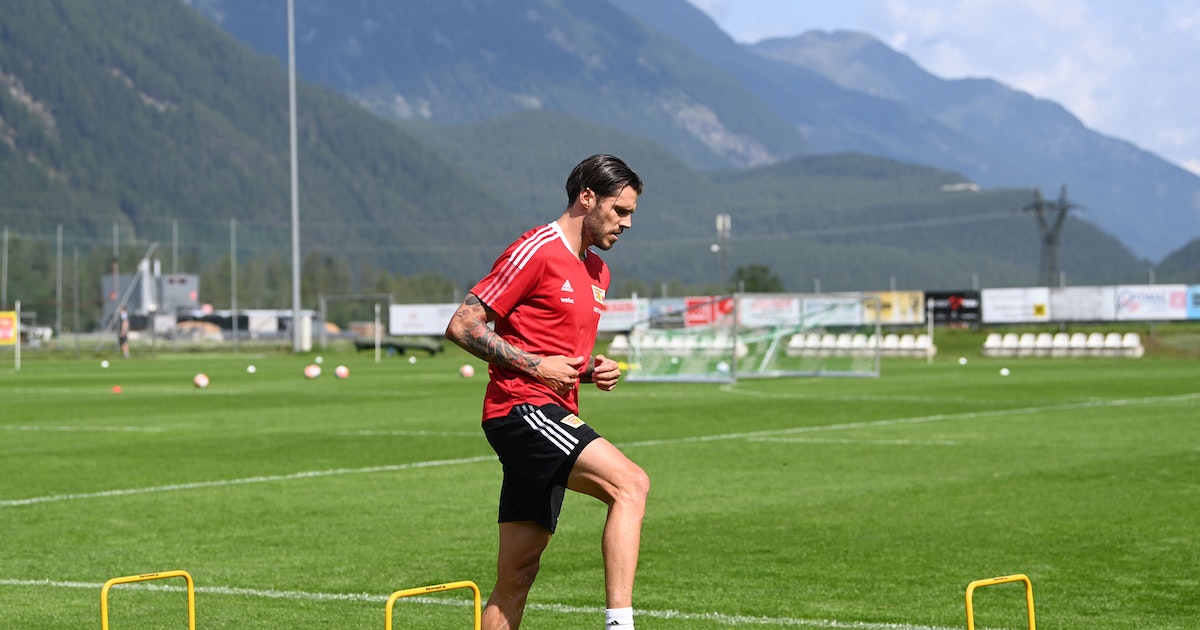 Längenfeld – Some step back from the national team (Kroos, Toni, in the tender old age of 31), the others completely from football (again Kroos, but Felix, 30 years young), for Christopher Trimmel, in Tyrol after a well-deserved EM vacation Union professionals joined, neither is an option at all. “For me there is no resignation,” said the iron captain, who, despite his 34 years under his belt, has not yet had enough.

“I want to play football as long as possible. And definitely confirm my performance over the last two seasons. Then everything else will come by itself, ”says the native of Burgenland, also with a brief glimpse of the 2022 World Cup in Qatar, which doesn’t seem to be coming out of Tyrol this summer. First the Austrians had their base camp here for the European Championship, now the iron ones theirs for the Bundesliga.

Even if he only had three minutes of playing time at the European Championships, but that in the round of 16 against Italy, when the Austrians were on the verge of making the eventual European champions work up a sweat, he enjoyed the tournament. “Of course it took a few days after the end. Getting through the group stage was our big goal. And against Italy, although they were in a very good mood, we definitely had our chances. When you’re that close, you struggle a little, ”says Trimmel.

But the atmosphere in the Wembely (“For me the most beautiful stadium in the world”) was worth it. And after a “little vacation” in Tuscany and Lake Garda and a detour to Mykonos, he feels ready for new things again. And there, he knows only too well, there is a lot going on for the Iron.

Be it with the integration of the new ones. Almost traditionally, the people of Köpenick always exchange a third of their workforce in the summer. And above all, that no wrong priorities are set in the team. “The basis for Union, I want to emphasize, remains the championship. Of course, we all have the goal of getting through the play-offs. But first there is a cup game, then the league opener. If we have always done something right so far, then only think step by step. If someone is already talking too much about international business, then you have to slide in between, ”says Unions Capitano.

Because Trimmel knows only too well that it will be a difficult year for Union. “This success is not that easy to repeat. I know that from my time in Vienna. Regeneration will be a big issue this season. You can look forward to European Cup matches, but then you have to flip the switch again immediately, “says Trimmel, for whom it is important that everyone keep this in focus.

“If you only lose one or two percent in everyday life, then you can have huge problems. It’s good that the squad is so broad. We’ll need all of them, ”is his conclusion.

“If she said no, we couldn’t negotiate”: when Isabelle Balkany ruled Levallois
Posted onAugust 17, 2022

Gas surcharge: How much do consumers have to pay and when? | NDR.de – Guide
Posted onAugust 17, 2022
Menu