“Cinema is not dead,” Quentin Tarantino assures us 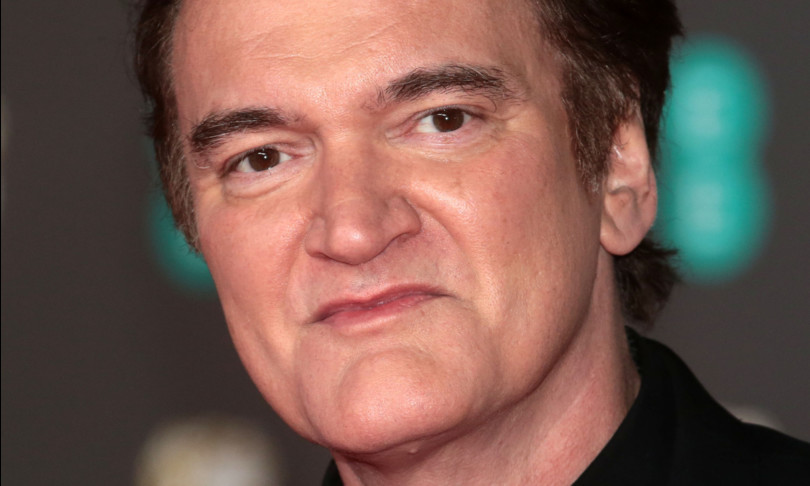 Time.news – “Cinema is not dead and this is demonstrated by the fact that I have one room and now I have bought another one. Even if this is a niche matter, for a boutique … Certainly, however, since the salt after the pandemic, mine is always full of people “. Quentin Tarantino replied in this way during the press conference in the Petrassi room at the Auditorium where the 16th edition of the Film Festival takes place and where this afternoon he will receive the Lifetime Achievement Award.

Tarantino smiles, indeed laughs, and does so often, accompanying himself with that actorial gestures and that overwhelming laugh that sends the fans present into ecstasy. He is a river in flood and he does not deny himself to questions, from the creative process to the characters he creates, whom he loves or hates the most, from accepting criticism, even the “ruthless and do not take it” up to the change of his priorities since he became a father. Only one question, “about the ethics and the epic” of his films, remains unanswered. He gracefully makes the journalist repeat it several times to better understand its meaning, but in the end he gives up: it is a “too heavy question” he gives up smiling.

The meeting starts from his first novel, released in June 2021, ‘Once upon a time in … Hollywood’, ‘novelization’ of his self-titled film starring Brad Pitt and Leonardo Di Caprio. “I grew up reading books that were based on films, they were very popular in the ’70s, and I thought I’d do it too”, explaining, telling how I tried to write’ Le Ienè: “I wrote the first chapters and I said to myself, but that c … or am I doing? I realized I had to write ‘Once upon a time in … Hollywood’. I had a lot of material on cut scenes and character studies, plus this is a sub-genre, a Hollywood novel. “

Cinema is not dead, he continues: “I know I’m lucky because we managed to do in 2019 ‘Once upon a time in … Hollywood’. It was like a bird that manages to enter a window just before close, leaving us a bit of the pens “he jokes but not too much referring to the pandemic from Covid which since 2020 has imposed a mandatory stop on the film industry, and beyond. And now that everything has restarted a bit, pressed by a question, he does not exclude that his next project may be the third chapter of Kill Bill: “Not so what will my project be, maybe just that”.

Tarantino, a good dose of self-irony, continues: “While I was writing the screenplay for ‘Inglourious Basterds'” – and he pronounces it in Italian because, he explains, “I love the title in Italian” – I didn’t know the ending from the beginning but then I got myself into a trap and I could only kill Hitler. “In any case, he continues, I try not to think about the importance that a film can have, I don’t think so even if that film will represent a turning point. “The director says that someone pointed out that” I use the same ending in ‘Inglourious Basterds’ and in ‘Once upon a time …’ , but I say that I can afford it because it’s mine and I can do it whenever I want. “He laughs and the audience applauds. On the creative process he specifies:” When I write the screenplay, I don’t think about the film but about the page I am writing. What matters is the narrative quality, the characters. Then, as soon as I start shooting the film, I think about the shots and the scenes, the pre-production and I begin to insert cinematic elements “.

After criticism, even from feminists, could certain films you have made in the past today be made with the same freedom? Tarantino replies seriously: “I think now it is more difficult but not impossible. You have to do it and want to do it, believe in your own principles, without worrying that people don’t like it. We must not think too much about it “.

Remember the reception for Pulp fiction in 1995: “I remember when it came out it had a lot of positive reviews in the press, but there were also very harsh articles and I thought ‘But I just made a funny movie about gangsters, what’s the problem?’ . Years later I went to reread those criticisms and I thought that we must not be too sensitive, take it. Because someone will not like your film but after all it is a film worth talking about, even if not with flattering words, which animates the debate.Pulp fiction occupies a place on the shelf, so to speak, because it is vital work, which is appreciated. Then, you have to accept even ruthless criticism, accept that someone doesn’t like your film “.

And returning to the freedom to express oneself today, he adds: “Now we are in a repressive time but also in the 80s it was like this and we must say that the permissiveness of the 90s also owes something to Pulp fiction. If the film had been released 4 years later , maybe it would have been different. “

Which of your characters is more likeable? Which is the most unpleasant? Tarantino quotes those of ‘Once upon a time in … Hollywood’: “Interesting question – he laughs – I think the most unpleasant is Rick who is a crybaby“, referring to Leonardo Di Caprio who plays a western television actor in decline, while”the cutest I’d go out for dinner with is Cliff, “Brad Pitt as the stunt double. A film to be erased from the history of cinema? “‘Birth of a nation’ – he replied – because it led to the rebirth of the Ku klux klan, which led to the deaths of many blacks and Jews. If Griffith had been tried in Nuremberg he would have been found guilty”. Someone to kill to make the world better? “Damn what a negative question, pretty awful. No, I wouldn’t kill anyone but there are people who if they hadn’t been there wouldn’t have been a problem for anyone …”.

The director does not even shy away from the question about his paternity: “Have my priorities changed? Yes, they have changed a bit and in fact I have deliberately decided to have a child now, towards the end of my career, and not 15 years ago. “The director takes his leave after the long chat with the audience, giving smiles and autographs to the fans that envelop him in a real crowd bath.

Disaster at the amusement park: 31 injured in a collision between roller coasters
Posted onAugust 12, 2022

Garmin presents one of the best watches for lovers of travel and adventures in nature
Posted onAugust 12, 2022
Menu