Commander of the Gaza Division: If the Jihad stops – the event is over 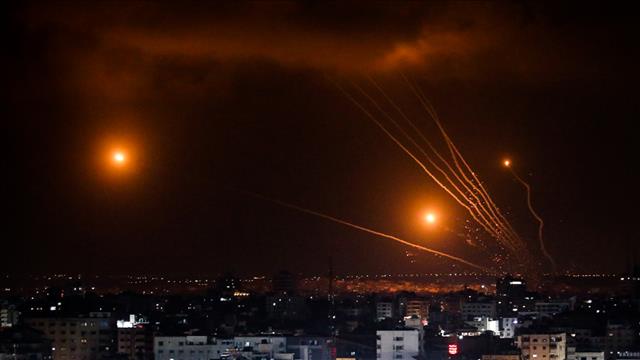 The second day of the sale – regular updates

20:14 | The commander of the Gaza Division, Brigadier General Nimrod Aloni, told Michal Rabinovitch in the evening news at Khan 11: “There is one clear goal – to stop the threat. If the Jihad besieges the fire, the event will be behind us. Hamas is not part of the matter, their preparations are not recognized at the moment”

Commander of the Gaza Division, Brigadier General Nimrod Aloni, to@MichalRabi: “There is one clear goal – to stop the threat. If the jihad controls the fire, the incident will be behind us. Hamas is not part of the matter, we do not recognize its preparations at the moment”#The evening news pic.twitter.com/wEDMhpUpmb

20:00 | Due to Hamas’s hesitation, the Islamic Jihad switches to plan B – fire less volleys to hold more time against Israel

The operation in Gaza – the second day: due to Hamas’s procrastination, the Jihad switches to plan B – fire less volleys to hold more time against Israel@eliorlevy #The evening news pic.twitter.com/mDNvba7whX

19:40 | New documentation from the assassination of the senior Islamic Jihad who started the operation

19:30 | Since the start of the operation: about 380 rockets were fired into Israel, 90 fell in the Gaza Strip and the rest were intercepted

Documentation of the fall in Ashkelon from the security cameras@Itsik_zuarets
Photography: Manny Reuven and Shanir Peretz pic.twitter.com/QtEQw20YYL

“One rocket was intercepted right here above me”: a resident of Bat Yam who spent time at the beach recounts in an interview to@carmeldangor pic.twitter.com/RZo8an5FnS

18:40 | Operation Dawn: One of the settlements in the Gaza Strip will be evacuated tomorrow of its residents

Rocket hit in Ashkelon: The rocket fell in the yard of an uninhabited building @Itsik_zuarets With the documentation from the crash scene pic.twitter.com/xlOubCU5Zf

17:30 | Since the beginning of the operation: more than 250 rockets have been fired at Israel

17:15 | Chairman of the Foreign Affairs and Defense Committee Ram Ben Barak told Network B: “The Egyptians are very involved in the attempts to calm the escalation. We had a very precise goal in the operation”

Listen to the interview with Ram Ben Barak

16:47 | Defense Minister Gantz: The leadership of the Islamic Jihad that sits abroad in restaurants and stays in hotels in Tehran, Syria and Lebanon – is cut off from its own people and seriously harms the lives and livelihoods of the residents of Gaza – they will also pay the bill. The Revolutionary Guards will not pay the salaries of the residents of Gaza. The effort The offensive against the perpetrators of terrorism will continue and intensify without borders and without limitations”

4:30 p.m Lapid updated the heads of authorities in the south on the progress of the operation

16:25 | Eli Biton whose house was damaged on Sderot Kani Reshet B: “The house looks blown up, there is no electricity, the water is running. Run to the MMD, don’t say ‘it won’t happen to me.’ The children reacted with shouts, anxiety, tremors. When I left the hospital, I saw that the whole house was smoking”

16:15 | The shooting to the south resumed: five Iron Dome intercepts

14:25 | A rocket hit a house in Sderot, the family was staying in Mmad and was not hit. The building was damaged

Documentation: This is what the damaged house in Sderot looks like@Itsik_zuarets pic.twitter.com/HLcSGVcjtQ Gal Gebraam is revealed: this is her partner under the radar
Posted onAugust 15, 2022

Barbara Bouchet, birthday on August 15th: the story of the actress and the relationship with her son Alessandro Borghese
Posted onAugust 15, 2022
Menu