Coronavirus: Mallorca returns to normal | Coronavirus of a new type SARS-CoV-2 and the COVID-19 pandemic | >

The world is fighting the COVID-19 pandemic – with restrictions and vaccinations. According to the Worldometer portal, since the beginning of the spread of the SARS-CoV-2 coronavirus, the infection has been detected in more than 177 million inhabitants of the planet. More than 3.8 million patients with a confirmed diagnosis of COVID-19 have died, about 162 million people have recovered. > is following the events of Wednesday, June 16 (Moscow time).

The coronavirus was detected in the head of the Komi Republic, Vladimir Uyba. The official is in the hospital, his condition is satisfactory. Uyba in a video message on his page in the social network “Vkontakte” emphasized that in February he was vaccinated with the Russian drug “Sputnik V” and “received a fairly high titer of antibodies.” The incidence in the region is on the rise again, he added.

IN China over the past day, 21 new infections have been confirmed. In all cases, we are talking about those who came from abroad, 15 were identified in Guangdong province, 3 in Shanghai, 2 in Jiangsu province and one case in Sichuan province, the National Health Commission of the PRC reported. According to her, the total number of infected in the country has reached 91,492, and 4,636 patients with COVID-19 have died.

According to a number of experts, the Sars-CoV-2 coronavirus will not disappear even if the majority of the world’s population is vaccinated. In this regard, it is important to constantly monitor the pathogen in order to be able to adapt vaccines and detect waves of infection at an early stage. Since this is a global problem, an appropriate international structure, says Isabella Eckerle, head of the Geneva Center for Emerging Viral Diseases. Its assessment was provided by the dpa agency.

Nearly all restrictions have been lifted in New York State

In the American state New York almost all restrictions introduced in connection with the coronavirus epidemic have been lifted. Only measures based on the directives of the US Centers for Disease Control and Prevention (CDC), which concern, in particular, public transport and the health care system remain in force. The latest restrictions on the commercial and social sectors, imposed by the state itself, will be lifted immediately, New York Governor Andrew Cuomo said, explaining the move by the fact that 70 percent of the state’s adult population has already received at least one dose of the vaccine. The state of New York, with the metropolis of the same name, was one of the hottest spots of the pandemic in the United States last year.

Thanks to the positive development of the coronavirus situation Mallorca is slowly returning to normal life. So, from Saturday, June 19, restaurants and nightclubs on this Spanish island and other Balears – Ibiza, Menorca and Formentera – will not work until midnight, but until two in the morning. According to a spokesman for the regional government, a formal decision on the new rules should be made on Friday, he said. In addition, other restrictions will be relaxed from Saturday: up to 12 people are allowed to sit on the tables of restaurants, bars and cafes on the streets, not 10. At the same time, visitors of these establishments will again be able to be served at the counter. 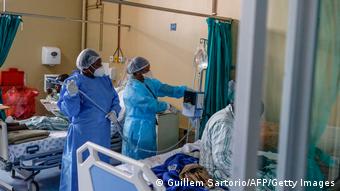 Due to a sharp increase in the number of cases of coronavirus infection in the past two weeks South Africa (South Africa) tightened restrictions by extending curfews and restricting the sale of alcohol. Over the past 14 days, the daily rates of new infections have doubled, and the number of hospitalizations during the same period increased by almost 60 percent. “The third wave of the pandemic is looming over us. We must contain it,” President Cyril Ramaposa said in an address to the nation.

The curfew will be in effect from 22:00 to 04:00 local time, and restaurants and bars will have to close an hour before it occurs. Retail sales of alcohol will be limited during the daytime Monday through Thursday. Groups of more than 50 people are prohibited from gathering indoors and 100 people outdoors. According to the Worldometer portal, 1,761,066 people have been infected in the country since the beginning of the pandemic, 58,087 people have died from the effects of COVID-19. There is a vaccination campaign in the country, but there are problems with vaccinations. So, it will be necessary to dispose of 2 million doses of Johnson & Johnson vaccine, after suspicions arose that foreign substances got into the drug at one of the manufacturer’s enterprises.

Chronicle of the pandemic June 15 >>>

Chilblains and Covid, reported cases of relapses (but it could be good news) – Corriere.it

We only criticize when petrol prices go up...

With the Damien Abad affair, the Borne government...

What is Perarivalan doing at home now? Mother...

The medical teleconsultation cabins of this pharmacy are...

‘He had justice’ – Thirumavalavan who presented the...