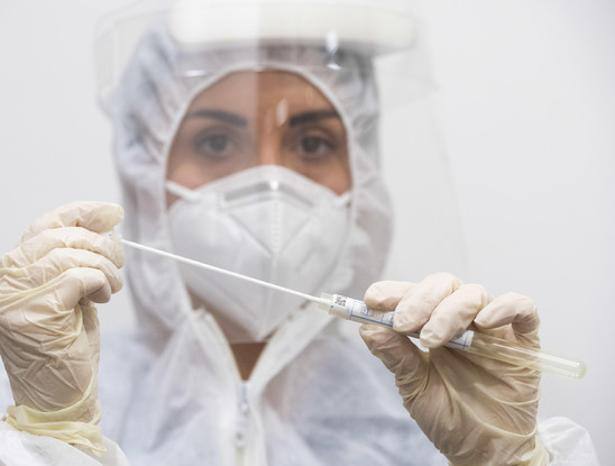 Covid cases worldwide exceed 118 million according to data released by Johns Hopkins University, while confirmed deaths exceed 2.6 million since the start of the pandemic. And in Italy the latest balance, relative to Wednesday 10 March, of 22,409 new cases and 332 deaths (here the bulletin with the data and here all the bulletins showing the situation since the beginning of the pandemic). Here is the map of the contagion.

10.07 am – Vaccines, media: AstraZeneca cuts deliveries to the EU: -25% doses in March
AstraZeneca has further reduced the supply of its Covid-19 vaccine to the EU, as reported by the agency Reuters on his site. This is a 25% drop on commitments made last month. AstraZeneca’s document, shared with EU officials and dated March 10, shows that the company now plans to deliver 30.1 million doses by the end of March and another 20 million in April. While the chief executive of the Anglo-Swedish giant Pascal Soriot on February 25 told the European Parliament that the company would try to supply 40 million doses to the block by the end of March.

10.01 am – Istat: unprecedented decline in employment, -456 thousand in 2020
On an annual average, in 2020 there is an unprecedented decline in employment (-456 thousand, -2.0%), associated with the decrease in unemployment and the strong growth in the number of inactive. this is the picture outlined by Istat, disseminating the data on the labor market for the fourth quarter of the year, marked by the pandemic. Furthermore, the Institute underlines, the decrease in employee positions (-1.7%) and in the number of hours worked (-13.6%), as well as the increase in the use of the Cig (+139.4 hours per thousand worked ), are more pronounced in the service sector than in the industry.

9.43 am – Production of the AstraZeneca vaccine started in Japan
The pharmaceutical company Daiichi Sankyo Co. has announced that it has started production of AstraZeneca’s Covid-19 vaccine in Japan, as reported by the agency Kyodo. The pharmaceutical company announced that it started yesterday (Thursday, ed) to fill the vials and to have started packaging the vaccine using solutions provided by AstraZeneca at the subsidiary Daiichi Sankyo Biotech Co., based on an agreement concluded last February (here: Astrazeneca, the ten countries that have expressed doubts about the vaccine).

9.41 am – Government-Regions-Municipalities meeting on new measures starts
the confrontation between the Government-Regions-Municipalities (Anci) -Province (Upi) on the new anti-Covid measures on the way began shortly after 9.30. For the executive, ministers Gelmini (Regional Affairs) and Speranza (Health) participate. The coordinator Agostino Miozzo, Silvio Brusaferro (President of the Higher Institute of Health) and Franco Locatelli (President of the Higher Health Council – Css) are present in connection for the Technical Scientific Committee (CTS).

9.28 am – Giani: Tuscany in orange, 3 provinces risk red. A new ordinance on second homes is coming
We are in orange, but today I will decide on the basis of the data they are preparing for me, probably in the red zone there may be some of the provinces of Tuscany such as Prato, such as Pistoia, perhaps Arezzo, and other municipalities where evidence of the outbreak is seen . So the president of Tuscany, Eugenio Giani, on Channel 5, underlining how the system of differences between zones is working. And on second homes, he added: I have made anti-Covid restrictive ordinances on second homes, I also had the Tar stop, but I am preparing to make another one because this mechanism, in an attractive region also from a point of view tourist like ours, undoubtedly brings people.

9.04 am – Zingaretti: Lazio in the red zone? Right decision
If there are restrictions, it will be the right decision. Thus the president of the Lazio Region and outgoing secretary of the Democratic Party, Nicola Zingaretti, interviewed on Rai1. Lazio is the region that has been in the yellow zone most of all – he adds -. the territory that has the capital of the country, with flows of 4 million people every day and containing the contagion was very difficult. Because these variants are very, very dangerous, he adds. Emphasizing that beyond the restrictions, the individual responsibility of each one is still needed.

8.55 am – The criticism of Garattini (Ircss Mario Negri): Too many still do not respect the rules. The dead depend on us
The anti-contagion measures have proved very scarce in this new wave of Covid-19 not because of their nature, but because there are too many people who do not observe them. Harsh words are those of Silvio Garattini, founder and president of the Mario Negri Irccs Institute of Pharmacological Research in Milan, who on Rai 3 has launched an appeal to individual responsibility: We must convince people that we are in a difficult situation – warns the scientist – and that it is up to us to avoid above all that there are so many deaths, as well as to resort to closure (here yesterday’s bulletin, March 11: 6.9% positive rate).

8.52 am – Pregliasco: Variations due to the peak, now let’s vaccinate
For the virologist Fabrizio Pregliasco, medical director of the Galeazzi hospital in Milan, it is the variants, especially the English one, that are responsible for more than a thousand cases a day in the two most affected provinces in Lombardy and, interviewed by Corriere della Sera, makes an appeal: Avoid all unnecessary interpersonal contacts. In the face of a regional RT that touches 1.30, he explains, the switch to red from next week should facilitate the vaccination campaign. The red zone is now inevitable: only in the Brescia area the intensive are 90% occupied. A situation that is objectively too risky. A worrying fact – he clarifies – that we are chasing the virus a bit: unfortunately we are under one million vaccinations at the regional level. Too little to have positive mass fallout.

8.40 am – Sanofi launches the first tests on a second anti-Covid vaccine
The French pharmaceutical group Sanofi has announced the launch of the first tests on the second vaccine project against Covid-19 together with the American Translate Bio. To report it, in a press release, the same Sanofi. The first vaccine, developed together with the British group Gsk, is still being tested at the stage of phase 2, after having accumulated significant delays compared to the expected times.

Ore 8.36 – THE POINT – Valle d’Aosta towards the orange zone. Anticipation of the Government: at 9.30 meeting with Gelmini
Valle d’Aosta goes towards the orange zone starting next week. To anticipate it to the Region – according to what theAnsa – representatives of the Government. The officialization of the new color will – in fact – only take place in the afternoon. Only Sicily could remain in the yellow zone. Meanwhile, at 9.30 a meeting with the Minister for Regional Affairs Gelmini is scheduled, urgently called, in view of the 11.30 Cdm, in which the new restrictions will be decided. The CTS has recommended more rigor on weekends and stricter rules even in the yellow zone. During the meeting, the new Undersecretary to the Prime Minister with responsibility for Sport should also be appointed.

8.30 – Draghi presents the new vaccination plan
From the vaccination hub of Fiumicino today Mario Draghi will launch the new vaccination plan for Italy (all the details here), without silent on the AstraZeneca case, assure from Palazzo Chigi. Aifa has decided as a precaution to ban the use of the Anglo-Swedish vaccine throughout the country, following the three suspected death cases.

Ore 8 – Biden: One hundred million vaccinations in my first 60 days
Joe Biden has indicated Independence day of July 4th as a date to return to almost normal, if everyone will do their duty by vaccinating and continuing to comply with anti Covid measures. The US is on track to reach the goal of 100 million vaccinations in the first 60 days of my administration, he added in his live televised address to the nation on the first anniversary of the pandemic. The goal was initially set for the first 100 days.

7.30 – Novavax, our vaccine 89.7% effective (but drops to 48.6% against the South African variant)
US biotech firm Novavax has confirmed that its vaccine is 89.7% effective against Covid-19, but that that efficacy significantly reduced against the South African variant (48.6%), according to final test results. clinical. The effectiveness against the English variant, on the other hand, remains high (86.3%). With these data, the company is preparing to apply for emergency authorization, particularly in the United Kingdom, where Novavax has already announced last week that it wants to present it at the beginning of the second quarter of 2021.

World Cup 2022: from eliminated to winner, how much will each team receive?
Posted onDecember 3, 2022
Menu