Covid, in Germany stop non-urgent interventions in hospitals. In Portugal, the Green pass and the obligation to wear a mask indoors are back

The Germany has exceeded the threshold of 100 thousand dead for Covid since the beginning of the pandemic. The fourth wave that has swept the country in recent weeks has not yet slowed down: in the last 24 hours alone, almost 76 thousand contagions (a new record) e 351 deaths, which bring the total to 100.119. The measures taken in recent days have not yet produced effects and now the prime minister of Saxony, Michael Kretschmer, no longer excludes a lockdown before Christmas. One measure on the model Austria, where the numbers of hospitalizations in intensive care, close to the all-time record, are giving reason to the choice of the generalized tightening started this week. Meanwhile also in France comes a first restriction: the Minister of Health, Olivier Véran, announced the reinstatement of the “obligation to mask“In all public places as well as outdoors in areas of great turnout.

However, the situation is not only serious in the two German countries: it is no longer there no region in verde in Europe in the new map of the European Center for Disease Prevention and Control (Ecdc). In Italy the largest number of regions is in yellow. The Province of Bolzano and Friuli Venezia Giulia are in dark red, while the Province of Trento, Veneto, Emilia-Romagna, Val d’Aosta, Liguria, Marche and Lazio are in rosso. In the rest of Europe, the highest incidence of infections compared to the population is recorded inCentral Eastern Europe, in the countries of Benelux in those baltici and in Ireland, all in dark red. Spain, France, Sweden and Portugal are predominantly in the red.

Covid, new variant identified in South Africa. It has 32 mutations and is already monitored by the WHO

In Germany – According to the data of the Robert Koch Institute published this morning, the number of new infections has exceeded the threshold for the first time 70 thousand almost daily, with 75,961 new infections within 24 hours. The figure for last week was 65.371 new cases. The incidence over the last seven days is 419.7 almost every 100 thousand inhabitants, a new record since the beginning of the pandemic. The figure recorded yesterday was 404.5 cases, while seven days ago it was 336.9. At the national level, 351 new deaths were recorded: in Europe, Germany is the fifth country to have exceeded the threshold of 100 thousand deaths, after Russia, Kingdom United, Italy e France. “The danger is evident. It will be possible to prevent it only if there is a generalized understanding and a common awareness to avoid contacts and respect the measures “, declared the CDU politician. Kretschmer at the Saechsische Zeitung. If there is no improvement next week, “we will have to face the discussion” about a possible lockdown. The governor of Saxony also said he was convinced that the occupation of the beds with Covid patients will increase dramatically in the coming weeks. “We are now preparing to transfer patients to other federal states.” Saxony – the only Land in Germany – recorded a weekly incidence of 1,074.6 almost per 100 thousand inhabitants.

READ Also:  Infectionist responded to the arguments of opponents of vaccination - Rossiyskaya Gazeta

“It is clear to all of us that the situation is very, very serious” declared the Minister of Health of Bavaria, Klaus Holetschek, who chaired a videoconference meeting with colleagues from the other 15 German Landers to discuss additional measures to tackle the Covid pandemic. Ministers unanimously agreed on the need to ask the postponement of elective interventions in hospitals Germans hit by the violent fourth wave of Covid. Holetschek then thanked the less affected Lander who are welcoming patients from the most affected states, Bavaria, Saxony and Thuringia, into their intensive care units. The German Air Force has made aircraft available for these transfers. 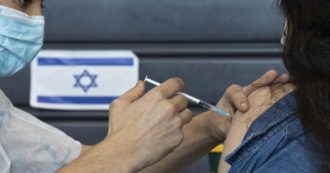 Covid, Israel does not rule out the fourth dose of the vaccine. And the immunization of under 5s is also evaluated

Meanwhile, intensive care doctors are asking for mandatory vaccines for all over 18. A road with no “alternatives” in the face of the fourth pandemic wave, which is sweeping the country, putting the health system under great pressure. Gernot Marx, president of Divi (German Interdisciplinary Union of Intensive and Emergency Medicine), in an interview with Ansa, states that, if the growth of infections does not stop, the solid German health system will slide into an emergency and it will have to adopt working methods “in a certain sense catastrophe”.

In Austria – In neighboring Austria, the situation of women is worrying terapie intensive, where the threshold of 600 patients. Others have been busy in the last 24 hours 41 beds bringing the total number to 619. This is the highest number in 2021. The highest value since the beginning of the pandemic was instead recorded exactly one year ago, the November 25, 2020, with 709 beds occupied. With 600 hospitalizations the ‘threshold 5‘which would include a lockdown generale, which however is already in force because it was brought forward by a few days. Vienne explicitly recommends vaccinating children between 5, 5 and 11 years old. The task force thus goes beyond the simple application of the EMA’s go-ahead. Austria is currently in lockdown with a weekly incidence of 1,091. In recent days, given the restrictions and the Super Green pass, which in Austria is called 2-G, the vaccination campaign among adults has regained momentum. 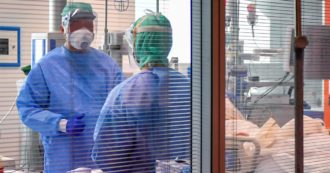 Coronavirus, 13,764 new cases and 71 deaths. In the medical area, 60 hospitalized with additional symptoms and 57 admissions to intensive care

In Belgium and Holland– Faced with the growth of infections, the Belgian government is preparing a new squeeze. The consultation committee between the federal and regional authorities will meet on Friday morning. On the table, the newspaper Les Echo anticipates, there are restrictions in the catering sector, closing at midnight and a maximum of four people at the table. Health Minister Frank Vandenbroucke also mentioned in parliament the possibility of “stopping” some activities, but did not say which ones. According to Les Echo, Covid Commissioner Pedro Facon has recommended the closure of places where it is impossible to maintain control over respect for distances and the use of masks, a measure that could affect discos and mass events.

READ Also:  Rospotrebnadzor saw no reason to abolish the mask regime in Russia

The squeeze comes as the daily average of hospital admissions has reached 300, a figure higher than the peak of the third wave, which grew by 19.4% in a week. Last week the threshold of 500 patients in intensive care was exceeded, which has now reached 654. It is feared that within two weeks they could reach a thousand, in this country of 11.5 million inhabitants. The daily infections have reached 16 thousand (+ 53.3% in one week) with a positive rate of 15.7%. In the past week, there has been an average of 37.3 deaths per day, up 33% from the previous seven days. 75% of the total population is vaccinated, but there are strong local differences: in the Brussels region vaccinations are still at 59%. Prime Minister Alexander De Croo, who is planning an emergency meeting with ministers to take stock of new measures, warned that the increase in infections and hospitalizations is “greater than the most pessimistic curves” outlined last week by experts . In the Netherlands “heavy measures will be needed, there is no doubt”, declared Health Minister Hugo de Jonge, and it will only be necessary to decide when to introduce them.

In Portugal – Virtuous Portugal, one of the most vaccinated countries in the world, has also announced a series of measures to curb the resurgence of the epidemic. The country is not experiencing an increase in infections equal to that of other European countries, but from 1 December it will be again it is mandatory to wear a mask indoors and, to enter restaurants, cinemas and hotels, it will be necessary to provide a digital certificate that proves the vaccination or recovery from Covid-19.

READ Also:  New corona infections in Austria are again over 2,000

There will then be a week of severe restrictions after the end of the year holidays. “We are noticing a worsening of the health situation,” Prime Minister Antonio Costa said at a press conference after a cabinet meeting. “This is the right time to take new measures” because “we are entering a phase of increased risk,” he added. From 2 to 9 January, teleworking will become mandatory, school holidays will be extended, bars and discos they will close their doors. With 87% of the population fully vaccinated, Portugal is experiencing a sharp increase in infections. Today the country recorded 3,150 new cases in 24 hours according to the latest report from health authorities, the highest level in four months.

Next to Thoothukudi .. Now Chennai “Turn” .. This is the most important .. Chennai Raines Warning | Weather Report: North Tamilnadu and Chennai to get heavy rains says Chennai Rains

Maccabi Tel Aviv disappointed: The day after the loss to Lusk Linz