Cuba: Artists critical of the regime must go to prison 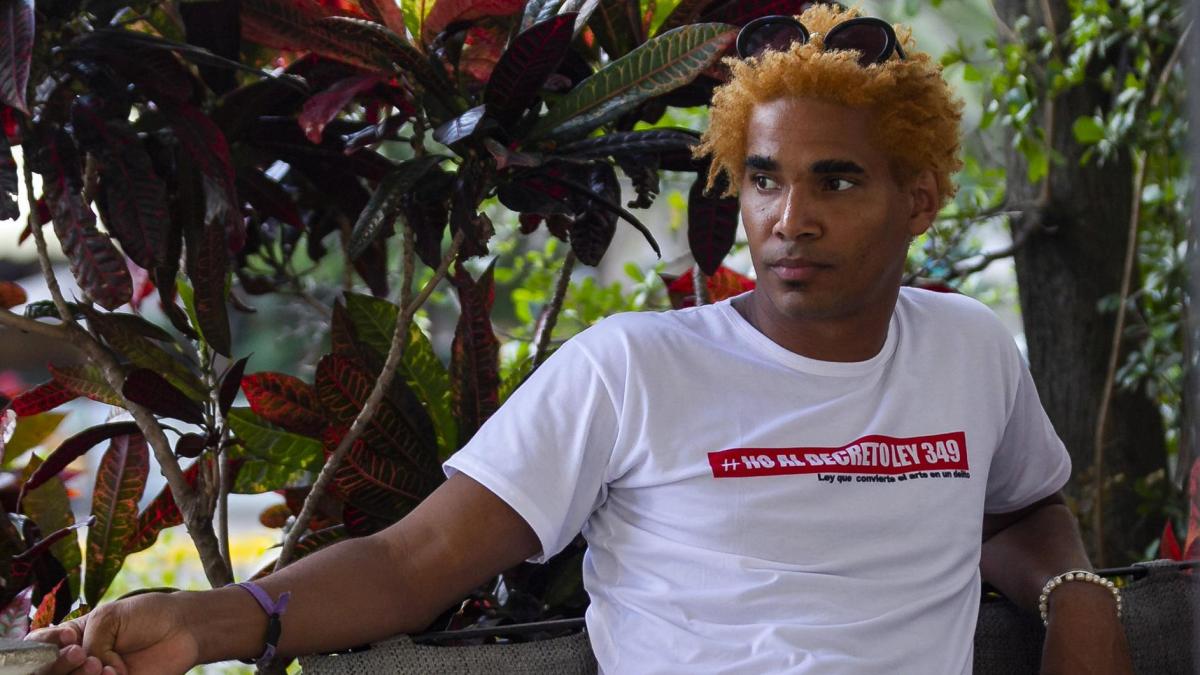 Dhe sentence is merciless: once five and once nine years in prison. The crime: Disturbing public order, insulting the President and disrespecting the Cuban flag. Luis Manuel Otero Alcantara and Maykel “El Osorbo” Castillo sat in the dock, probably the two most prominent figures in a rebellious, pacifist art scene on the Caribbean island.

The Afro-Cuban Otero Alcantara, who has now been sentenced to five years in prison, is known for his artistic struggle against a homophobia that is historically deeply rooted in Cuban socialism influential ex-president and brother Raul Castro led to homosexuals being tortured in specially set up labor camps in order to be “cured”. To this day, the dark chapter has not been dealt with politically or legally.

The Cuban rapper and two-time Latin Grammy winner “El Osorbo”, who has just been sentenced to nine years in prison, took part in the protest song “Patria y Vida”, which has been viewed millions of times Cuban underground enjoys.

Both artists belong to the anti-government cultural movement “San Isidro”, which, despite massive repression, rebelled against the almighty state apparatus and ultimately triggered the largest mass protests against the socialist regime in years in July 2021. Cuba’s President Miguel Díaz-Canel, without whose consent a verdict of this political dimension is unthinkable in a one-party state, apparently wanted to set an example in the trial against the duo.

The choice between imprisonment or exile

Almost all independent artists in Cuba are faced with the brutal alternative offered by the Cuban state security: years of imprisonment – or leaving the country and thus exile. Luis Manuel Otero Alcantara declared weeks ago that he would never leave his homeland. Now prison shall break him.

“Both Luis Manuel and Maykel are artists who have used art as a vehicle to express their views on the social, political and economic conditions in Cuba. They are two emblematic examples of how the administration of Miguel Díaz-Canel is using the justice system to criminalize critical voices, including through charges of alleged crimes inconsistent with international law,” said Amnesty America Director Erika Guevara-Rosas in response to the verdict.

The situation of artists in Cuba

“The situation of artists in Cuba is extremely precarious because there is not only institutional censorship, moral censorship and political censorship, but there is also legal censorship. There are several executive ordinances that are increasingly restricting freedom of expression in Cuba,” says Cuban Documenta artist Tania Bruguera in an interview with WELT. The “Instituto de Artivismo Hannah Arendt” (INSTAR), which she co-founded, gave the fate of many artists persecuted in Cuba “the place they deserve” at the Documenta in Kassel, according to a statement at the start of the trial against the artists.

Bruguera sees art in Cuba undergoing historical change. At the beginning of the revolution after 1959, cultural workers were specifically sought who would have praised and highlighted the achievements of the revolution. “Ironically, the exact opposite is happening today,” says the Cuban, who has been repeatedly arrested in her home country. Now the state is looking for artists who behave in a practically non-political manner, i.e. who do not interfere.

The ideal art scene according to President Díaz-Canel is one that looks the other way. All other cultural workers should therefore be out of the country or in prison. When the mass protests broke out in Cuba in July 2021, Díaz-Canel demonstratively called “all revolutionaries onto the streets”. From that moment everything was allowed to nip the demonstrations in the bud.

Javier Larrondo from the prisoner aid organization “Prisoners Defenders” therefore clearly condemns the situation in Cuba. According to the NGO, it observes and documents well over 1,000 cases of political prisoners, including dozens of minors.

“Luis Manuel Otero and Maykel Castillo are icons of the fight for freedom throughout Cuba at this moment,” Larrondo said in an interview with WELT. “When a regime imprisons a person because of his art, it is an attack on humanism. It’s neither right nor left. Then we are faced with pure fascism.”

Cuba criticism comes only from Chile

Meanwhile, hope comes from the other end of Latin America. From there, Chile’s young socialist President Gabriel Boric reads the riot act to his own camp. While old leftists like Brazil’s ex-president Lula da Silva – he has a good chance of beating the right-wing populist Jair Bolsonaro in this year’s elections – or Mexico’s left-wing populist Andres Manuel Lopez Obrador are among the most important in terms of their own potential voters on the extreme left-wing fringe ideological and, during terms of office, financial supporters of the Cuban dictatorship, Boric dares the previously unthinkable: open criticism of the serious violations of human rights in the left-wing dictatorships of Cuba, Venezuela and Nicaragua.

Boric expresses what the old left, whether in Latin America or in the German Bundestag, simply lacks the courage to do out of opportunism and probably also out of fear of a radical supporter of Cuba. Boric says there are prisoners in Cuba because they think differently. Boric demands: “The left must accept full respect for human rights without complexes.”

In other words, human rights violations are fundamentally to be criticized by the modern left, no matter where they are committed. In doing so, the Chilean is taking a big risk, because in his country, too, there is great sympathy for the Cuban regime on the extreme left-wing edge of his own camp. And when in doubt, that is more loyal to Cuba than to its own president.

The Consequences of the Conviction

The condemnation of the two Cuban artists is also likely to have consequences for the political Cuban relations of the USA and the European Union. Actually, they should be improved again. The reality, however, also frightens many EU diplomats; they were denied access as trial observers. Mothers of demonstrators imprisoned in the historic July protests are being banned from leaving the country. The regime wants to prevent them from reporting abroad on the fate of their imprisoned children.

In the trial of Luis Manuel Otero Alcantara and Maykel “Osorbo” Castillo, the Cuban regime deployed all the tools of the threat: to prevent visual expressions of solidarity with the accused, the courthouse was hermetically sealed off, as were the telephone lines and the Internet access of countless activists and independents Journalists were capped.

The Cuban blogger and journalist Yoani Sanchez commented for Deutsche Welle that the demonization campaign launched on social networks and the demonstration of power had apparently achieved exactly the opposite: people who knew nothing about the process asked the security forces what was going on. Artists Luis Manuel Otero Alcantara and Maykel “Osorbo” Castillo, who were stigmatized as “criminal” in the state media, are now finding out on social media more sympathy than rejection.

Dealing with the two artists is also a great risk for the Cuban government, because draconian punishments confirm the image of a dictatorship that many critics have always held against Cuba sympathizers. In addition, since the suppression of the protests in July 2021, more than 140,000 refugees from Cuba have been counted at the US southern border. Dozens have drowned during the dangerous crossing on homemade rafts.

Before the trial began, the human rights organizations Amnesty International and Human Rights Watch issued a joint statement calling on the government in Cuba to release the imprisoned prominent artists immediately. Governments in Latin America and Europe should work to secure their release, the statement said. At least at the Documenta in Kassel, these cases are now being presented to the general public. At least a little swimmer of hope.