Cycling: Not only his achievements make Tadej Pogacar suspicious 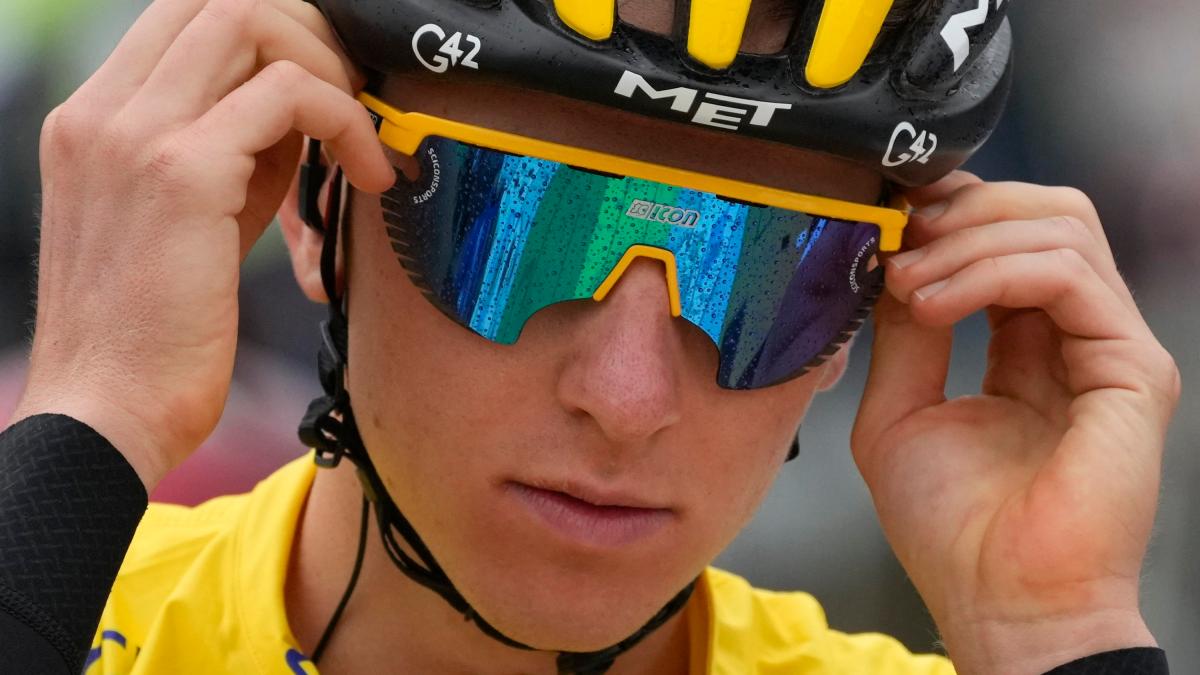 Tadej Pogacar is not only suspicious of his achievements

Tadej Pogacar is heading towards a safe victory in the Tour de France. But his outstanding achievements also sow doubt. In particular, the environment of the high-flyer from Slovenia is viewed critically.

NOf course, doubts are a constant as well as a nuisance. This has been the case in cycling since the whole industry went through nationwide doping and only those in the front who made themselves part of the system could ride. The 108th edition of the most important race in the world is no exception, and the final days of the Tour de France are always about possible kick-off aid with unauthorized means.

Tadej Pogacar has long since got used to it. The defending champion can now even show great understanding for relevant inquiries. “I’m not upset or pissed off,” he says. “They are uncomfortable questions because the history of our sport is very bad. I understand all of the questions. I haven’t prepared any answers for this because I just love riding my bike, ”said the 22-year-old Slovenian. He could only say “with all my heart that I come from a good family who raised me to be a good boy”.

Well, his father is a furniture designer, his mother a French teacher, and at least his flawless origins in his eyes contributed to Pogacar’s undisputed triumph on Sunday’s Champs-Elysées in Paris. His lead over Jonas Vingegaard (Denmark) in the overall standings is already more than five minutes – an eternity in cycling, even with a three-week tour.

At the same time since Lance Armstrong – the king of dopers – in 2000, no professional cyclist has been so clearly at the top. “I would say if Tadej Pogacar stays on his bike, it’s over. He’s shown so much maturity, ”explains four-time Tour de France winner Chris Froome. “I think he has it in his pocket.”

In a class of its own in the Alps

Pogacar laid the foundation for such a positive prognosis with two impressive attacks on Col de Romme and Col de la Colombière. The star of the UAE Team Emirates got three minutes and 20 seconds out of his opponents on both climbs in the Alps, was allowed to put on the yellow jersey and has since then skilfully controlled every attack by the competition.

The fact that he improved the all-time record by 29 seconds during the eighth stage on the Col de Romme, however, called on critics. The doping analyst Antoine Vayer describes the high-flyer from Slovenia as “Pogastrong” – a mixture of Pogacar and Armstrong. Vayer justifies this with the fact that the pedaled watts of the current leader that he determined reminds of the now convicted and downed ex-champion from the USA. “I’m being checked a lot,” says Pogacar about the subliminal allegations. “I don’t know what else to do. I could reveal my watt data, but my competitors could use them against me, ”said the defending champion. “I feel good, that’s bad luck for the others.”

While Pogacar refers to the tough approach of the doping hunters with up to three checks a day at the Tour de France, critics see problems above all in the environment of the high-flyer. Neil Stephens is the head of his team. The Australian himself started as a professional cyclist in France during the high doping phase and admitted in 1998 that he had doped with Epo. However, this happened without his knowledge, he had thought that it was vitamin preparations. Stephens was not punished at the time, but because he was a member of the Festina team that triggered the biggest doping affair in sports history to date, he is still viewed critically in the industry. In the eyes of some experts, UAE Team Emirates is under general suspicion that someone like him, as sporting director, is now getting Pogacar on track.

The fact that Pogacar’s confidante and former explorer Andrej Hauptman is also involved in the team management of the UAE team is also considered to be at least tricky. Hauptman was excluded from the tour as a driver in 2000 due to an increased hematocrit value. And so the suspicion at the racing team, which is one of the best in the peloton thanks to the multi-million dollar support from the United Arab Emirates, keeps cycling along – even if Hauptman refers to the extraordinary abilities of his protégé: “He is simply a huge talent.”

From a purely sporting point of view, it can indeed be stated that Pogacar is driving everything at will this year. In addition to his incredible talent and the constant courage to attack, there is another reason: Many rivals such as the Slovenian last year second Primoz Roglic have either already dropped out or damaged by falls.

So the only hope for the pursuers around Uran and Vingegaard when looking at the last stages of this year’s tour is that the leader might still buckle in the individual time trial near Bordeaux on Saturday. But it’s probably just optimism. Because the last hurdle, as Pogacar himself points out, he has long since taken. “My biggest fear before the tour was how I could deal with the heat,” he said after the Pyrenees opener, which was over 30 degrees Celsius, last Sunday. “That went very well. Now I’m not afraid anymore. “