Daimler: Of all things, profits cause trouble for the car manufacturer 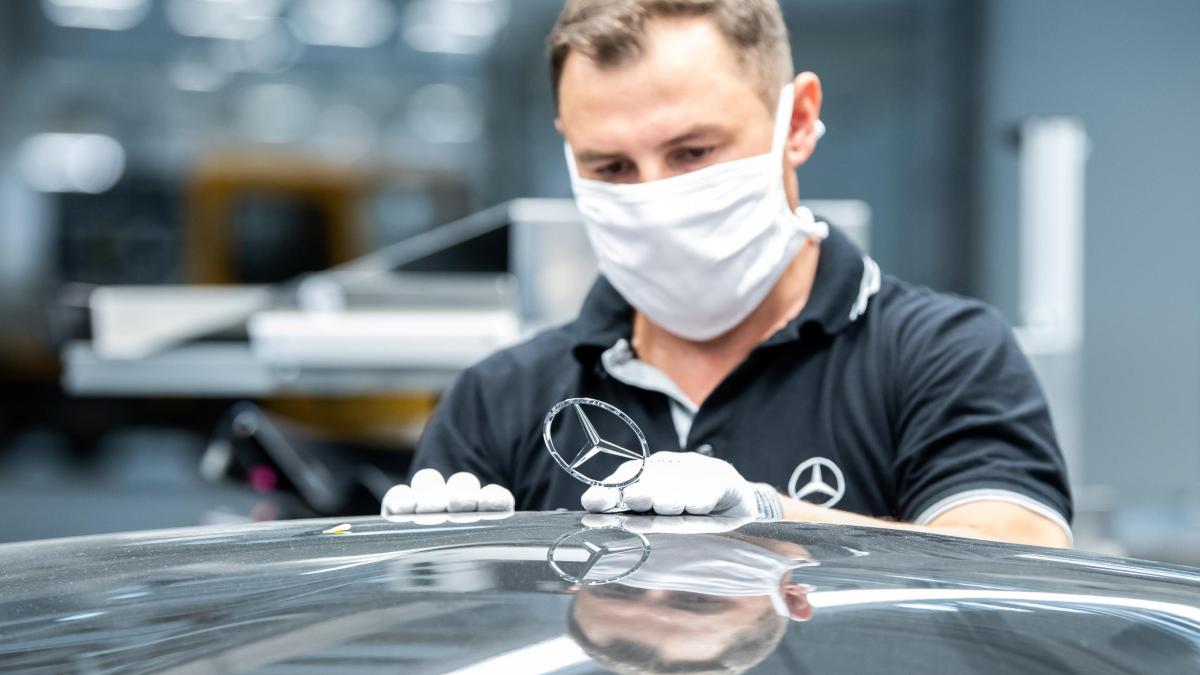 FThe past few months could hardly have gone better for Daimler: A few days before the planned presentation of the balance sheet for the second quarter, the Stuttgart-based carmaker had to publish the preliminary figures in a mandatory report to the stock markets – they were simply so good that they were well above the Expectations of the capital market. And that despite the numerous crises from which the automotive industry is still suffering.

In addition to Corona, the lack of chips in particular makes business in the industry more difficult. Nevertheless, sales in the second quarter increased by 44 percent compared to the previous year to 43.5 billion euros again. However, a year ago, exactly in these three months, business collapsed massively due to the Corona crisis – the plus is now correspondingly large.

The profit between April and June of this year was more than 3.7 billion euros, a year ago Daimler had to report a loss of 1.9 billion euros for the same period. At that time, Daimler boss Ola Källenius announced a tightening of the planned austerity program. Even if Daimler has never confirmed a number of how many employees the company wants to cut, it was then talked about 20,000 to 30,000 jobs that should be cut.

But the good numbers of all things are now causing trouble in Stuttgart. Even before Källenius could present the interim balance on Wednesday morning, the works council boss spoke up. “When we have full order books and profits are gushing, how should the workforce understand the cost-cutting measures that should run over the years”, asked Michael Brecht in the “Automobilwoche”. So the conflict is programmed, because Källenius wants to keep saving – despite the high profits.

“We can neither, nor do we want to, give up the Swabian gene of saving,” said Källenius. After all, you have to invest billions in the transformation to electromobility and continue to work on the efficiency of the group. You are of course aware of your social responsibility and discuss all plans with the employee representatives.

But Källenius does not want to know anything about a “moderation” of the austerity program. “It sounds like a top athlete says: I’m training less now because I’m already fast,” said the Daimler boss. “We can’t rest, even if the intermediate sprint looks good.” After all, you have to master a marathon.

In fact, the numbers from the second quarter are deceptive because they say nothing about Daimler’s future viability. Works council chief Brecht himself warned a few days ago of a “Detroit 2.0” in the Stuttgart region and called for additional funding for the technological switch to electromobility.

Just one day after the balance sheet presentation, Källenius wants to present the revised electric strategy for Mercedes, it is expected that the transformation will be accelerated further in Stuttgart.

Finally, last week, with its so-called Fit-for-55 program, the EU Commission once again proposed stricter emissions regulations for car manufacturers in Europe. The member states and the EU Parliament still have to agree, but if the plans prevail, the CO2-Emissions will already drop by 55 percent by 2030, new cars are unlikely to have any CO in 20352 emit more. Accordingly, the individual manufacturers have to sell even more electric cars even faster in order to reduce the average emissions of their fleets.

So far, the effects on the number of employees have been manageable. A good 289,600 people currently work for the group. That is only 3500 less than a year ago. Compared to the high of more than 301,800 employees in 2019, the number fell by around 12,000. However, these figures hide the fact that numerous new jobs have also been created at Daimler in other areas such as software development and electric drives, while others have disappeared.

In order to continue to generate the necessary profits for the restructuring of the group, the main focus at Daimler is on profitable growth. In view of the scarce chips, they should primarily be installed in the most profitable models, for other, especially smaller vehicles, the delivery times could increase significantly.

Mercedes no longer wants to compete with volume manufacturers, said Källenius. “We want to look up rather than down.” He admitted that Mercedes already had “very long delivery times”. “We don’t like that,” said Källenius. Work will be done to reduce it.

However, due to the shortage of semiconductors, production of the S-Class in Sindelfingen even had to be interrupted for a short time – despite the profitability of the flagship. But that does not mean that the low point of the chip crisis has to be reached.

The problems in the current third quarter could even be a little bigger than in the past quarter, said Källenius. In addition to the delivery difficulties affecting the entire industry, Daimler also felt a corona outbreak in a chip factory in Malaysia, which resulted in further delays.

Such problems could never be completely ruled out, said the Daimler boss. Nevertheless, after the end of the semiconductor crisis, they want to analyze what lessons can be learned for the future.

In Germany, there are now hardly any problems from the pandemic. “In principle, we have learned to live with Corona in half-lockdown,” said Källenius. Of course, it is important to increase the vaccination rate as quickly as possible.

Treatment options for cancer in the liver expanded
Posted onAugust 17, 2022

German Chancellor Schulz against Abu Mazen: disgusted by his words, any comparison to the Holocaust is intolerable – Channel 7
Posted onAugust 17, 2022