Democracy Awards for a difficult 2021 | The October Foundation appointment, this Thursday 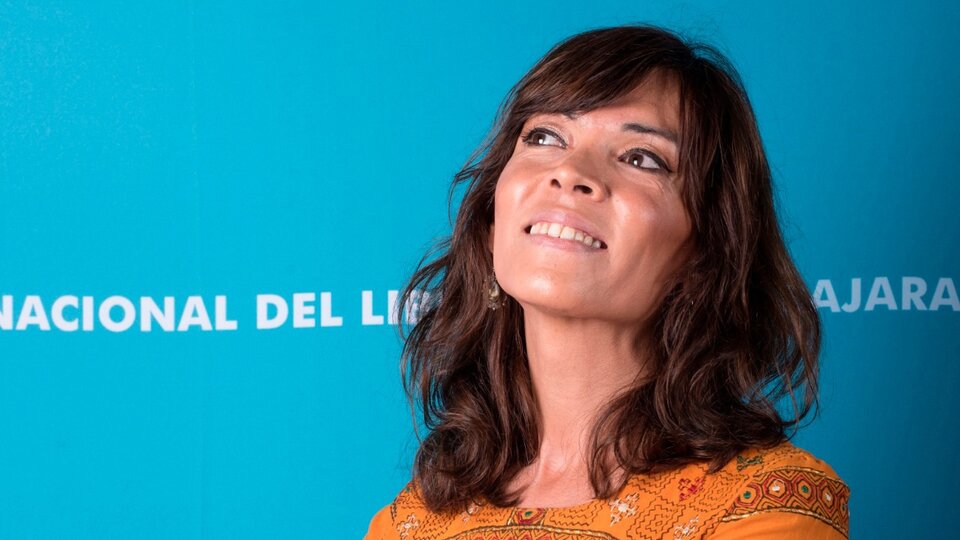 This Thursday will take place the fourteenth edition of the “Democracy” awards ceremony, that each year grants the October Foundation, of the Union of workers of rental buildings and horizontal property (SUTERH). Such is intended for personalities or groups linked to the national culture that day by day they put their knowledge and activities to benefit the democratic values ​​of the small country, and the big one. “The delivery of these awards always implies a reason to celebration, to the extent that the values we believe in, and those who have made a contribution to society “, introduce Mary Seoane, director of editorial content of the Caras y Caretas Cultural Center, who will speak during the event, in addition to presenting the award in the category “Argentine Thought”.

“It is true that today we are going through a year hard, not only because a very painful pandemic has occurred for humanity and for our people, but also because of the economic and political crisis derived from it puts our democracy in check and their values ​​with furious speeches, hate speech, speeches against the state, with a political virulence unrecognizable, at least in the last almost forty years of democracy ”, puts the journalist and writer in context.

The triads in this opportunity are: in the category “Argentine Thought”, the writer, and a degree in literature Carlos Caramello, the psychoanalyst Jorge Aleman and the doctor in social sciences Ana Castellani; in Education, the Secondary School No. 12 “Cataratas del Iguazú”, the National University “Arturo Jauretche”, and the Institute “Isauro Arancibia”; in Sports, the Argentine Sports Confederation, the swimmer Ana Luz Pellitero, and the women’s soccer team that played the 1971 World Cup; in Science and Technology, the biochemist Gabriel Rabinovich, the doctor in immunology Juliana Cassataro, and the president of CONICET Ana Franchi; in Graphic and Digital Communication, the magazines Panama and Contraeditorial, and Latfem.

Another discipline to be awarded is Literature, whose candidates are the Cordovan writer Camila Sosa Villada, the writer Martin Kohan, and the poets concentrated in “The powerful collective of Patagonian writers.” In the Human Rights and Society category, the candidates are the Movement “Artists in solidarity”, the Network “Caregivers of the Common House”, and the Cultural Center “Haroldo Conti”. In music, meanwhile, they were pre-chosen David Lebón, L-Gante and Dolores Solá. For cinema they appear Sofía Castiglione, Verónica Llinás and Fernán Mirás, and in Theater, the Grupo Piel de Lava, Ricardo Bartís and María Onetto.

In addition to the items installed during all these years, the ceremony –which will take place this Thursday at 2.30 pm in Room 2037 of the “Caras y Caretas” Cultural Center of the UMET and will be broadcast on Sunday at 22 by the news signal IP- It will also have the delivery of the diplomas of honor in post-mortem culture, intended for those who are no longer, but left an indelible mark on national and popular culture. “These diplomas of honor mean recognition to those who are no longer among us, but who have contributed in a very impressive way to the democratic values, from his work and from his convictions. That is why we love them so much from the October Group ”, says Seoane.

Other emotional peak of the day, is the one that is foreseen for the delivery of two until now unpublished diplomas of honor in “Communication in times of pandemic”, which will be delivered by the director of Page 12, Nora Veiras. To those will be added the awards of honor “Outstanding Personality of Latin America” on the one hand, and from Argentina on the other. They will be delivered by the October Group General Coordinator, Victor Santa Maria. “Today more than ever it is necessary to reaffirm democratic values ​​as the only way out for the peaceful coexistence of our society, for its development, and for the equity. That is why it is of enormous importance at this time to insist with this award that we consider essential for our life together ”, develops Seoane.

The “Democracy” awards were instituted in 2009, when the 25 years since the return to the democratic system, and they are elected through anonymous, popular vote, on the Democracy Awards portal and other virtual sites. Also participates a chaired jury by the president of the Grandmothers Association of Plaza de Mayo, Estela de Carlotto, and temporarily integrated by the winners of each previous edition. Another edge of this edition will be given by the emission of a video with words of Victor Hugo Morales, allusive to the item “Sports”, and the participation -as to qualify the evening- of the group Cande y Paulo, who will shine with a version of “Barro perhaps”, original theme of Luis Alberto Spinetta, and another of Atahualpa Yupanqui: “Where I’m from.”

Words, concepts, ideas and wishes like those of pluralism, right to dissent, work culture, freedom of creation and expression, defense of national unity, and women’s rights and federalism, will flow once again as an antidote to a dangerous current, which seeks to snatch conquests and advances. In this sense, Seoane states: “Democracy, as a trend towards a more fair, plus free, with rules and rights for the majority, it is a bastion to be fought by the right wing. We are witnessing a very delicate moment in the world, in which the large financial corporations are fighting against the national sectors, and this is expressed with virulence by some figures of Creole politics, for example when you want to overturn article 14 bis of the Constitution. For this reason, persistence in the message that democracy is the only way to live in peace is essential ”.

Narendra Modi is the most popular leader in the world, Mexican-Swiss presidents are second and third.. – Southlive
Posted onFebruary 4, 2023

The Government recognizes a problem with the size of the trains in Cantabria and Asturias
Posted onFebruary 4, 2023
Menu