Destroy Green Paradise? This trend is not right; Can not be tolerated; Happy Ramadan! | Ramadoss objection against cutting of trees in the city of Auroville

Chennai: The plan to cut down trees in the city of Auroville, which is a green paradise, is strongly condemned, said Pamaka founder Ramdas.

He said the felling of 500 trees in the city of Auroville was intolerable and that federal governments should not be having fun.

In his statement, he said; 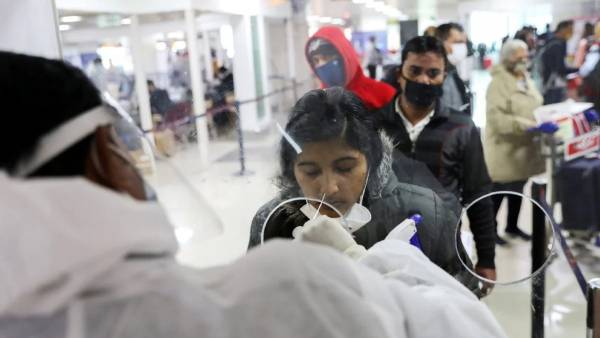 Tension in the capital .. Omigron corona for one in Delhi .. Confirmation for 5 in India so far

More than 500 trees are being cut down in Auroville, a multinational city on the border of Tamil Nadu and Pondicherry, in protest of the controversial Crown project. The move by the Auroville administration is reprehensible as it could have a detrimental effect on the environment and the green space in Auroville.

A multinational city is located in Auroville on a total area of ​​3930 acres in Vanur Circle and Pondicherry in Villupuram District of Tamil Nadu. Founded in 1968, this multinational city covers an area of ​​1150 acres, with 2780 acres of lush greenery. Tens of thousands of trees have been planted in the city of Auroville.

However, the International Urban Development Authority (IDA) is in the process of uprooting the trees there to pave the way for a project called the controversial Crown. The city development committee, which plans to cut down 500 trees in the city center of Auroville, has cut down 30 large trees with the help of JCP machinery yesterday alone as part of it.

It is learned that the city development committee has announced that the logging work will be abandoned and resumed logging work today. Protesters have been accused of intimidation. The course of the Urban Development Committee is not correct. Any project implemented in the city of Auroville must be approved by the residents of Auroville. However, no such approval has been obtained for this project.

Although the city of Auroville can accommodate more than 50,000 people, so far only 2,814 people from 54 countries live there. The destruction of the city’s forests in Auroville, hailed as a green paradise, cannot be tolerated in the name of development. The felling of 500 trees in the city of Auroville is unbearable; This is an unforgivable crime. Central and state governments should not make fun of this.

Ramadoss objection against cutting of trees in the city of Auroville

Banks will be required to publish their exposure to climate risks

Napoli remains in “health” on the pitch and as a brand

Broadcast from the cockpit for the first time...

What is behind the sudden closure of the...