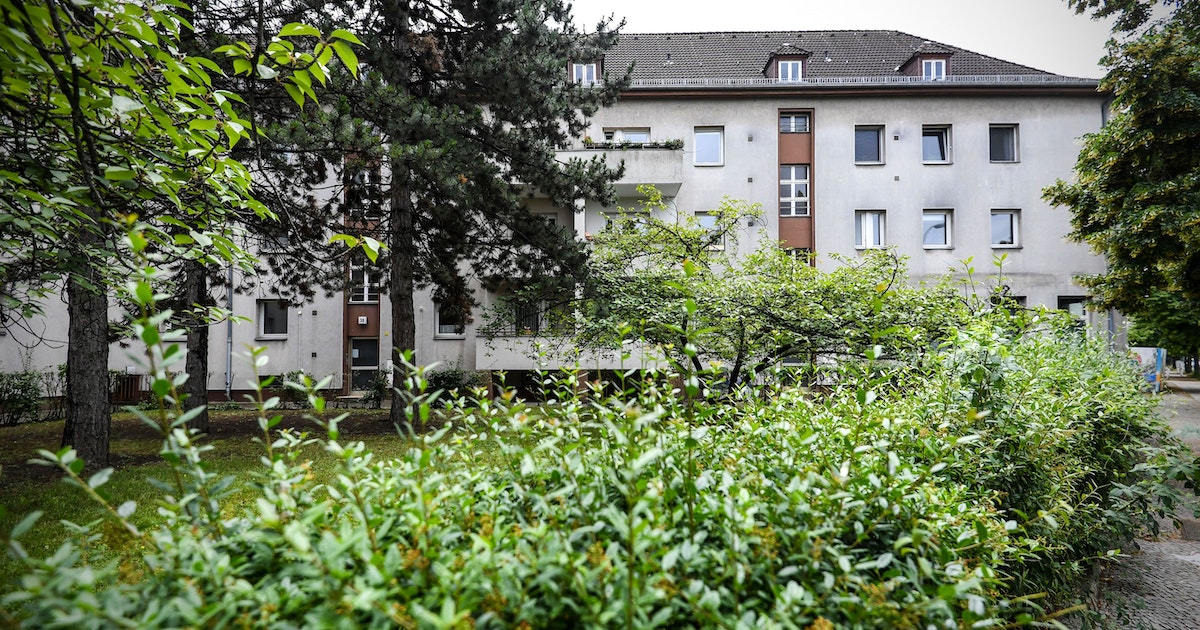 Berlin – For Dieter Schulz *, the matter is clear: “I feel good here,” says the 54-year-old. “My mother lives around the corner,” he doesn’t want to move away. But that’s exactly what he should, if his landlord, the Deutsche Wohnen company, has its way. Schulz lives in a house on Mecklenburgische Strasse in Wilmersdorf. In the immediate vicinity of the headquarters of Deutsche Wohnen. This wants to demolish part of the three-story residential development in order to build a new five-story office building to expand the company headquarters.

A company spokeswoman explains that Deutsche Wohnen began planning another office building in Mecklenburgische Strasse several years ago and submitted a corresponding building application at the beginning of 2020. “In the meantime, the responsible district office of Charlottenburg-Wilmersdorf has approved this building application.” Unfortunately, “the available space does not allow the construction work to be carried out without the dismantling of some apartments”. However, the 15 affected tenants would be “provided with suitable new apartments in the vicinity that meet their individual needs”.

The mood among tenants is mixed

The “predominant part” of the tenants have already decided on a new apartment, according to the spokeswoman. The first moves had taken place. The net rent per square meter remains unchanged for the tenants in the new apartment. All tenants are also provided with personal support from Deutsche Wohnen’s tenant support. In addition, Deutsche Wohnen will assume all travel costs for viewing the apartment, as well as all moving costs later. “If you wish, we can also organize the entire move, including packing and unpacking,” said the spokeswoman.

The mood among tenants is mixed. “I wanted to move out anyway,” says someone as he passes by, who is carrying a chair to the car. And an older tenant states that Deutsche Wohnen provides tenants with “perfect apartments”. You have taken an apartment very close by. “We get the move and everything is paid for,” she says. However, the upcoming change of residence makes them “nervous”. Dieter Schulz, however, confirms his reluctance: “You don’t transplant an old tree.”

To compensate for the missing apartments, Deutsche Wohnen actually wanted to create 20 new apartments by adding two storeys to the roof just around the corner. Since the location directly on the motorway is not ideal and the burden for the tenants during the construction work is also “not insignificant”, Deutsche Wohnen is currently examining alternative locations for the replacement building with the district, according to the company spokeswoman. Regardless of the decision, the apartments would only be available with a delay. In accordance with the misappropriation ordinance, a maximum rent of EUR 7.92 per square meter applies to the newly built replacement apartments.

According to the District Councilor Arne Herz, the demolition of the apartments was approved on March 3, 2021, “because a corresponding replacement housing offer had been submitted”. The demolition could not be prevented by the authorities, as the requirements for the granting of the demolition permit had been met.

The Berlin tenants’ association (BMV) is critical of the plans. “It is strange that the district office apparently approved the demolition due to a concrete replacement housing offer, but this replacement housing is now specifically not being offered,” says BMV managing director Reiner Wild. “We cannot understand why living space should give way here in favor of the expansion of an office building,” explains Wild. “As a result of the pandemic, there should be sufficient office space nearby that Deutsche Wohnen can rent.”

It is questionable “whether the expansion will be necessary at all because of the planned takeover of Deutsche Wohnen by Vonovia,” said Wild. “Basically, it will be disputed what Deutsche Wohnen could even refer to in the event of a termination”, says the BMV managing director. “From the point of view of the tenants’ association, the housing company can by no means be sure that it will win an eviction process.”