E-cigarettes for smoking cessation – how effective is vaping instead of smoking? 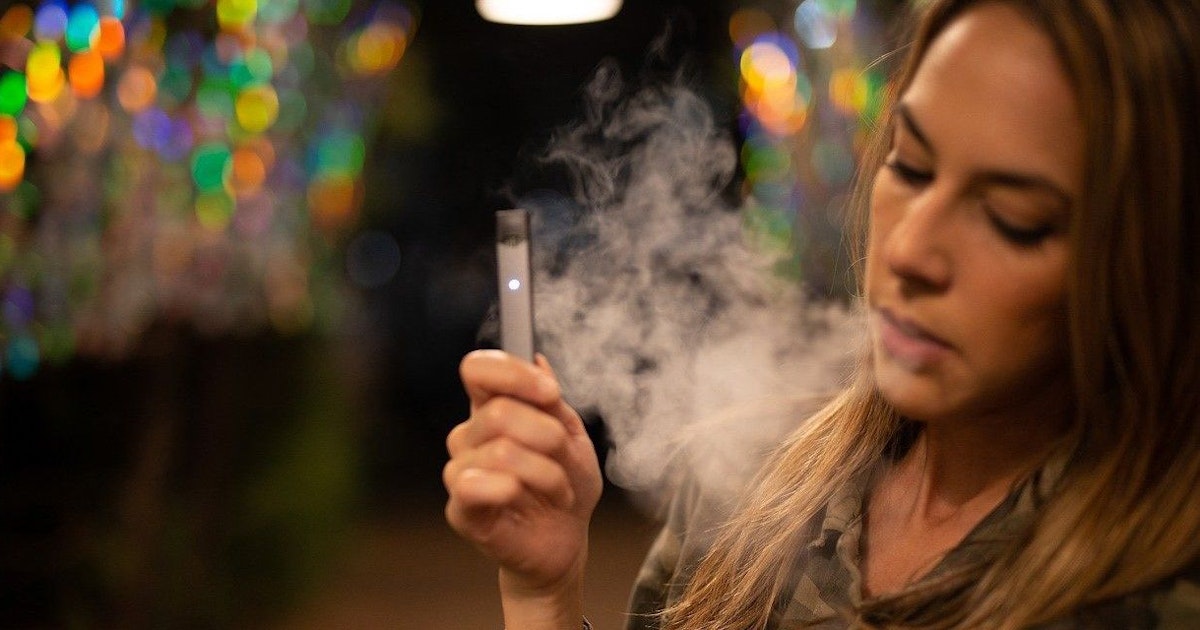 Berlin – Many smokers know this and therefore want to quit smoking before the respiratory tract is impaired or even lung cancer occurs. There are many different methods of smoking cessation. Some of them, such as hypnosis or acupuncture, are very well known, but others are more surprising, such as replacing smoking with vaping.

Smoking or vaping: what’s the difference?

The biggest difference in the consumption of an e-cigarette compared to a cigarette is that the tobacco does not burn, but instead evaporates in liquid form.

In the case of the e-cigarette, the liquid is heated by a heating coil. The resulting mist can be inhaled like a normal cigarette. Compared to conventional cigarettes, the electronic version contains no tar, no carbon monoxide, no heavy metals and no polycyclic hydrocarbons.

However, this does not mean that the e-cigarette is completely free of harmful ingredients. Substances such as propylene glycol, glycerine, ethanol and various aromatic substances can be found in steam. Overall, however, renowned scientists assume that vaping has far less harmful effects on health than tobacco smoke.

Anyone who does not want to say goodbye to nicotine consumption is well advised to at least consider switching to e-cigarettes. Being able to order e-cigarettes and liquids online is another advantage of the cigarette alternative.

Vaping as a helpful intermediate step towards complete weaning

This news is likely to surprise many people: According to a recent study, e-cigarettes are up to 70 percent more effective than other measures at quitting smoking.

The study, which was carried out in 13 different countries on almost every continent around the world, found that more people quit smoking for a period of at least six months through the use of e-cigarettes than comparison groups through the use of other nicotine replacement products such as for example chewing gum or nicotine patches.

But even if weaning is not completely successful for a long time, vaping is up to 95 percent less harmful than tobacco smoke, for example according to the “Alliance for Tobacco Free Enjoyment”. The association refers to a study by the British health authority “Public Health England”, according to which users of e-cigarettes expose themselves to up to 95 percent less health risks than conventional tobacco smokers. The analysis of the research by the health authority shows that e-cigarettes have only 0.5 percent of the cancer risk of “normal” cigarettes.

A toxicological study by scientists at the University of Graz also came to the conclusion that the aromas contained in e-cigarettes do not have a damaging effect on the blood vessels or the heart. The human physician Michael AH Russell stated in an article in the British Medical Journal from 1976 that the greatest health risk when smoking is not from nicotine itself, but above all from the multitude of toxic combustion substances such as tar, arsenic and carbon monoxide that are inhaled in the process.

For all these reasons, the news that the trend in Germany is towards e-cigarettes is basically positive news. In the long term, however, it is advisable to completely break away from the beloved habit or at least to reduce it significantly. Those who manage to say goodbye to many daily rituals and only use the e-cigarette on very special occasions are already doing their health a great favor.

Many smokers who want to get rid of their burden put everything on one card. They either read the famous book “Finally Non-Smokers” by Allen Carr or try hypnosis or acupuncture. All of these methods promise different success rates.

However, these can be increased significantly if several methods of smoking cessation are simply combined with one another. For example, there is nothing against trying nicotine replacement therapy, for example replacing the conventional cigarette with vaping, and at the same time trying acupuncture, the anti-smoking syringe or attending a seminar.