The NOI in the third quarter increased by 9.1% compared to last year and amounted to NIS 62.3 million in the quarter.

The FFO for shareholders increased in the quarter by about 36.4% compared to last year and amounted to about NIS 28.8 million, reflecting a return on equity of about 9.2% on an annual level.

The company announced that it would distribute a dividend to shareholders in the amount of NIS 14.0 million in accordance with the dividend policy.

The company is once again raising its FFO forecast for 2022.

Roi Gadish, CEO of the company, said: “We continue to show growth in all operational parameters as we have shown in recent years, along with reducing financing expenses. Allow our tenants maximum flexibility according to their needs, while reducing abandonment rates and the growth of the field is a source of attraction for new customers. The data center market, an area in which we have gained experience and success. “ 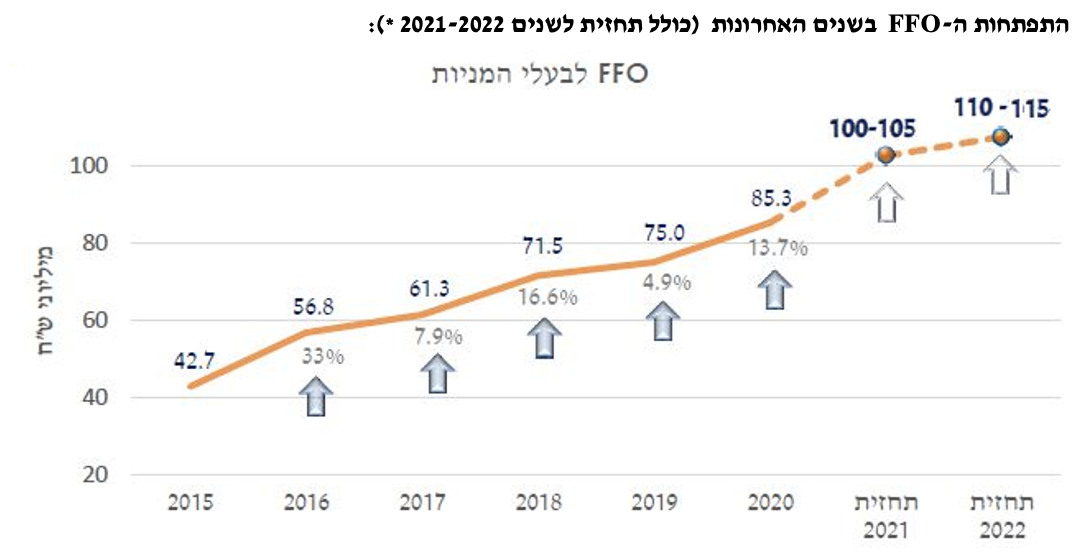 Revenues from rental properties amounted to NIS 66.1 million in the third quarter, an increase of 9.0% compared to NIS 60.7 million in the corresponding quarter last year. The increase is mainly due to the occupancy of Building C in the Edgar 360 project in Israel, an increase in revenues in Canada and Poland as a result of the acquisition of new properties, as well as an improvement in the average occupancy rates in Poland.

The NOI in the quarter amounted to NIS 62.3 million, an increase of 9.1% compared to NIS 57.1 million in the corresponding quarter last year.

As of September 30, 2021, the shareholders’ equity attributed to shareholders amounted to approximately NIS 1,255 million.

A month after the military coup: The Sudanese prime minister returns to office

Third Champion in IDF History: Orly Markman Photo of the President of the Military Court of Appeals – Haaretz

How long will deposit rates continue to grow?

Workers: The variant will reduce inflation in the...

Plains enjoys the return of hotels in North...

Analysts have calculated the price of decarbonization for...

Analyte Energy: A 14% increase in revenue since...

Partner retired NIS 10 million due to the...

Socially important cargo can get priority in ports