Esther Bejarano is dead: she played in the Auschwitz girls’ orchestra 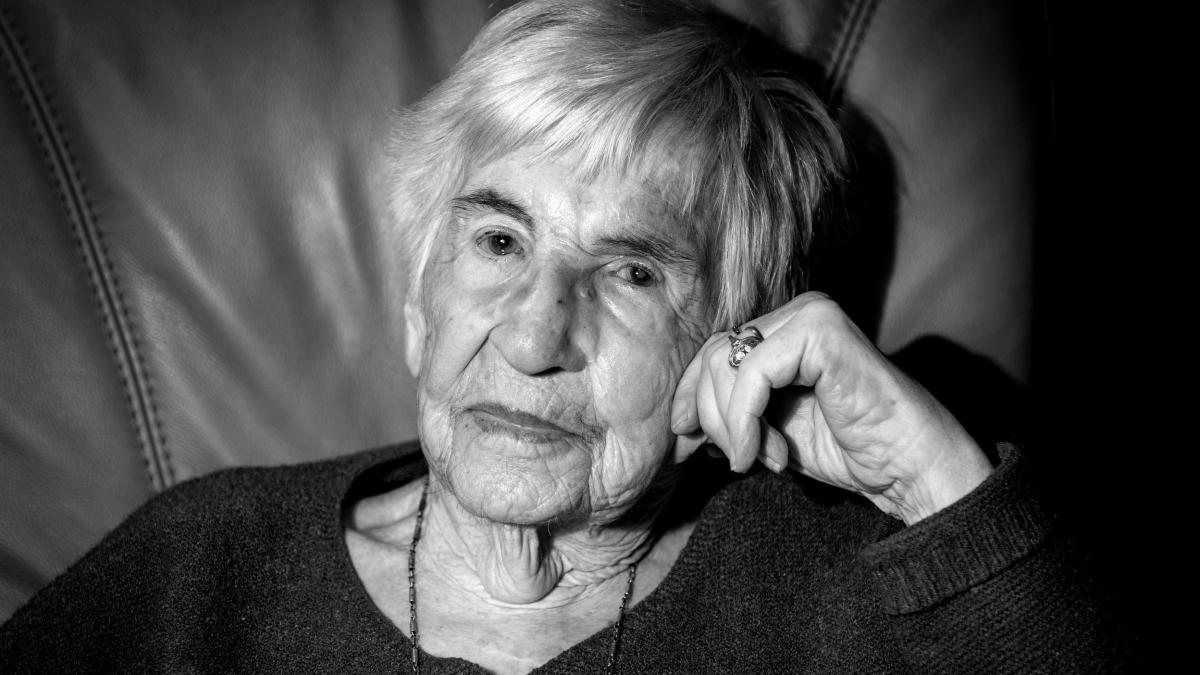 Culture On the death of Esther Bejarano

Esther Bejarano played in the girls’ orchestra from Auschwitz-Birkenau. Being able to play an instrument saved her life. Now the Holocaust survivor has died at the age of 96. Until the end she appeared as a contemporary witness. An obituary.

“And we also had to play at the gate when new transports of people arrived who were sent straight to the gas chambers. That was terrible for us. We were sure that the people on the trains thought: Where music is played, it can’t be that bad! ”Last year Esther Bejarano told DIE WELT about the time when she was a young woman with accordion in Auschwitz played.

The Holocaust survivor was born in Saarlouis in 1924 as the daughter of a Jewish chief cantor. Her parents were killed by the Nazis in Lithuania in 1941, she was sent to a forced labor camp near Fürstenwalde and in April 1943 to Auschwitz. “So, you bastards, now we’ll show you what work means!” Esther Loewy, her maiden name, heard that as she walked through the camp gate.

At 18, an age at which young people start their studies, for example, she came out of work, hunger and chicane in the death mill. In her, the young woman would very likely have perished soon if the concentration camp system had not perfidiously rewarded special skills. Mastering an instrument could save lives. Players were wanted for the camp girls’ orchestra. Esther could play the piano – but someone was wanted for the accordion. Although she had never had the instrument in hand, she answered. “I was able to practice once. Then came the foreplay. It was like a miracle that I managed to hit the right chords, ”Bejarano said in 2020.

She played in the orchestra for two months. Because Esther Loewy had a Christian grandmother, she was classified in the racial madness of the Nazis as “quarter-ary”. This led to her being transferred to the Ravensbrück concentration camp in November 1943. There she was a forced laborer for the Siemens works and installed switches for submarines. Shortly before the end of the war, she escaped on a “death march”.

After 1945 singer and contemporary witness

In 1945 Esther Loewy moved to Palestine, trained as a singer and met her future husband Nissim Bejarano in a choir. The couple had two children. In 1960 the family moved to Hamburg. With her daughter Edna and son Joram, Esther Bejarano founded the group Coincidence in the early 1980s, which played Jewish and anti-fascist songs.

Bejarano received numerous awards for her commitment, including the Federal Cross of Merit for her life’s work as an artist and peace activist. It performed well into old age. Now she died in Hamburg at the age of 96. With every contemporary witness, a piece of living memory of the monstrous that happened in our country disappears.

A sea of ​​galaxies awaits: the COMAP project will make it possible to study the early era of galaxy formation
Posted onAugust 17, 2022August 17, 2022

A pharmacist reveals the best vitamin for hair loss… and the correct way to use it • Al Marsad Newspaper
Posted onAugust 17, 2022August 17, 2022